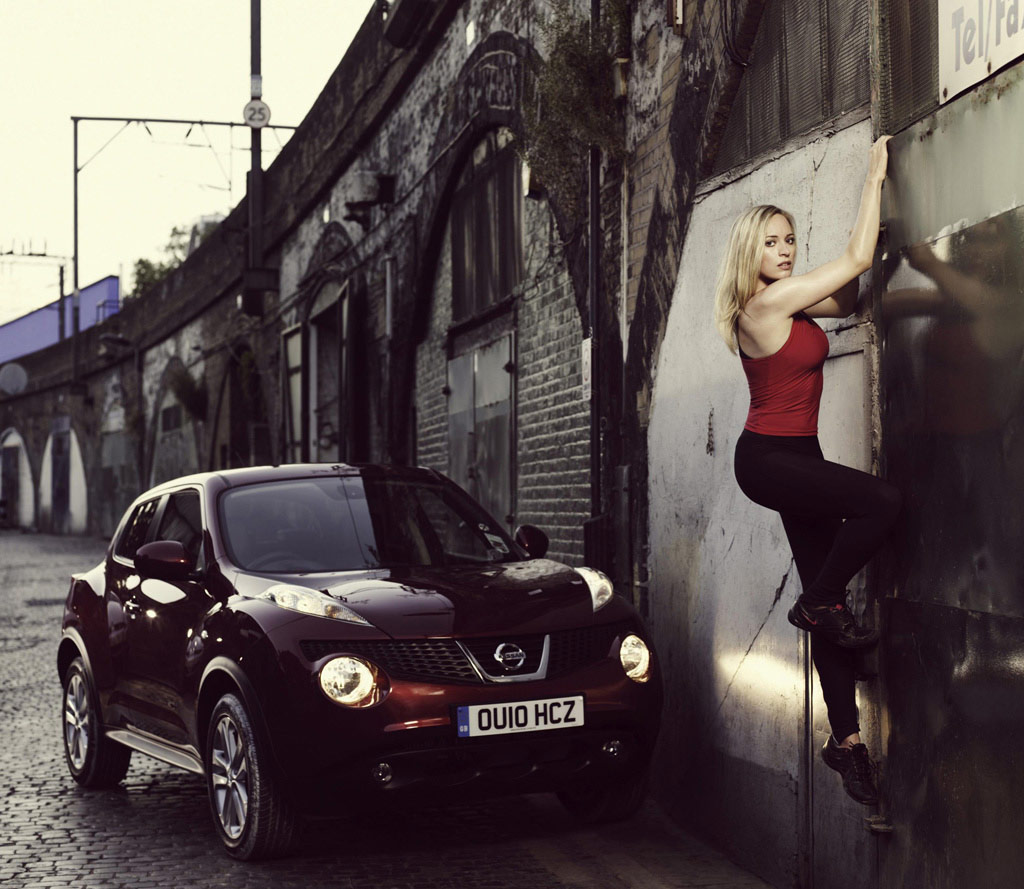 The youngest woman ever to climb Everest is backing the British built Juke. Selected by Nissan to take part in the new Juke launch due to her incredible personal achievements and natural sense of adventure, 22-year-old Bonita displays the qualities respected by Nissan and that typify the new Juke.

Swapping the mountains for an urban location for the Nissan Juke photoshoot, Bonita Norris said:

“I’m delighted to back the launch of Nissan Juke because I believe in backing British, and anything that creates jobs and pride for this country has my support. Juke defies the stereotypes and breaks the mould, I can relate to that. I’m unconventional and I’ve got a spirit of adventure that drives me to do different things and this is what Juke represents.”

Ahead of the 24th September when the Juke will be officially available in Nissan dealerships across the UK, orders are already flooding in. More than 2,000 drivers in Britain have already fallen for the Juke’s crossover style, while more than 15,000 orders have now been taken across Europe.