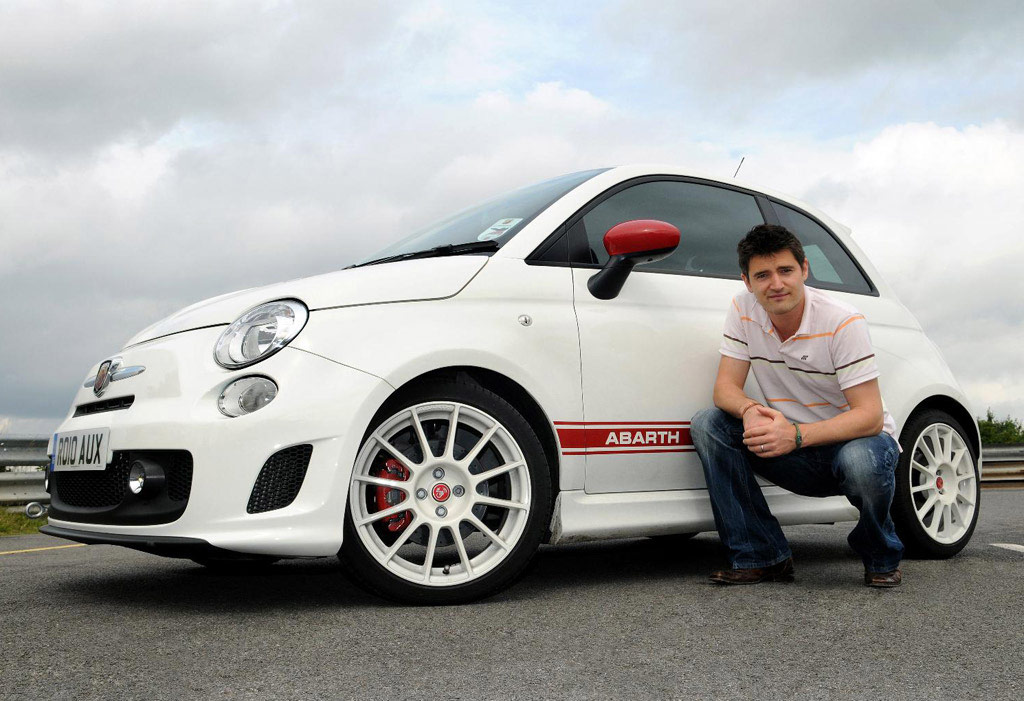 Stars from TV, radio, sport and music will line up on the grid today to race Abarth 500 cars for charity at the world-famous Silverstone Circuit.

A special event, the BSM Centenary Abarth 500 Celebrity Challenge, will feature race-prepared versions of the potent Abarth 500 esseesse road car. It’s set to raise funds for the Bobby Moore Fund for Cancer Research UK, and is one of the highlights of the prestigious ‘Silverstone Classic’ motorsport extravaganza planned for the famous circuit from 23-25 July 2010.

The road-going versions of the Abarth 500 have been modified to meet race safety specification. All the cars are finished in the historic Campovolo Grey racing colours of Karl Abarth, together with branding from Britain’s largest and most popular driving school, BSM.

“The Abarth 500 esseesse provides our celebrity drivers with the ideal introduction to motorsport,” says Ivan Gibson, head of Abarth in the UK. “And it demonstrates that, just as it was back in the 1960s, Abarth’s saying: ‘Small but wicked’ is still very much in keeping with the brand.”

After the race, the limited edition event cars will be autographed by the drivers and made available for sale. The celebrities will be raising funds for the Bobby Moore Fund for Cancer Research UK via sponsorship on their cars. Run in memory of one of Britain’s best-loved footballers, the fund supports research into bowel cancer.

The Silverstone Classic is the biggest classic racing festival in the world as well as one of Europe’s most entertaining car-themed events. It features some of the rarest and most valuable racing cars in the world.