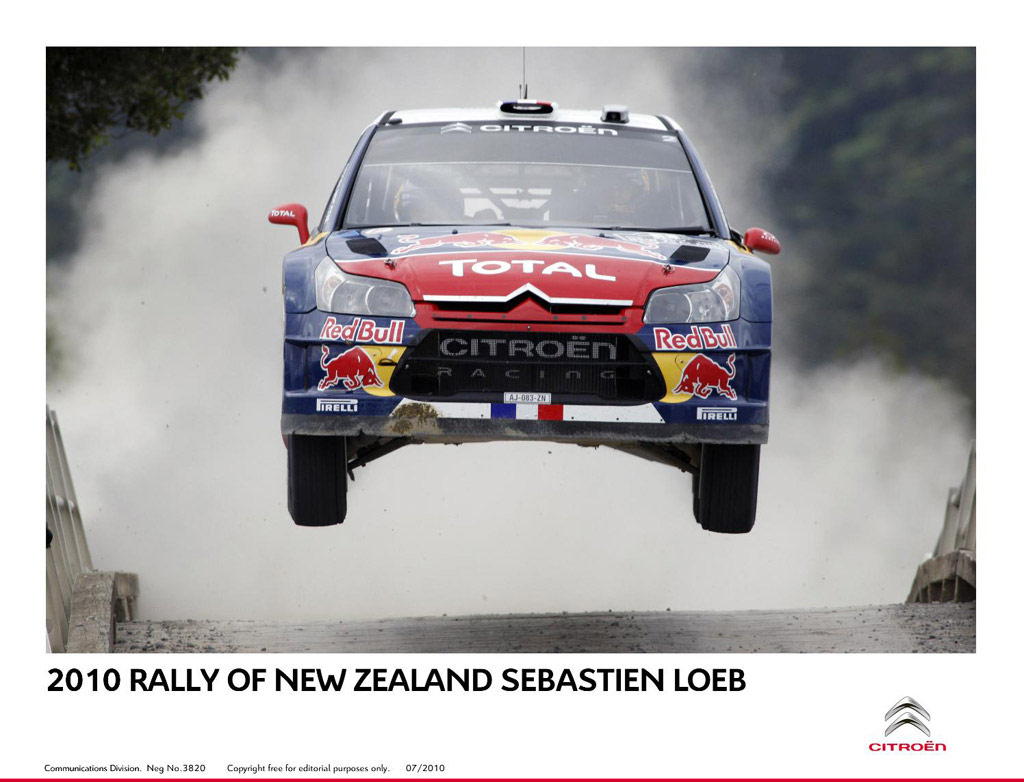 Thrills, spills, and ‘big air’ are synonymous with World Rallying. During April’s Rally of Turkey, Citroën’s Sébastien Loeb literally took off on the fast Ballica stage propelling his C4 WRC car an incredible 85 metres into the air. To celebrate over six years at the top of the sport, Citroën has picked ten of its most spectacular gravity defying jumps ahead of next weekend’s Rally Finland. These stunning photos were captured on events including New Zealand, Sweden, Italy, Norway and arguably the spiritual home of ‘big air’ moments – Finland.

“It was an incredible sensation as we were up in the air for several seconds. Not for a moment did we imagine that we would jump so far.”

The Citroën Total World Rally Team have been competing in the FIA World Rally Championship since 2001 during which they have won five manufacturers titles and powered Sébastien Loeb to all six of his World Drivers’ Championship crowns to make him the most successful rally driver in history.

The Frenchman heads into round eight of the 2010 championship in Finland with a 51 point lead over his closest rival and firmly in the hunt for a record seventh drivers’ crown. The Citroën Total World Rally Team also holds a 47 point lead in the Manufacturers’ standings.