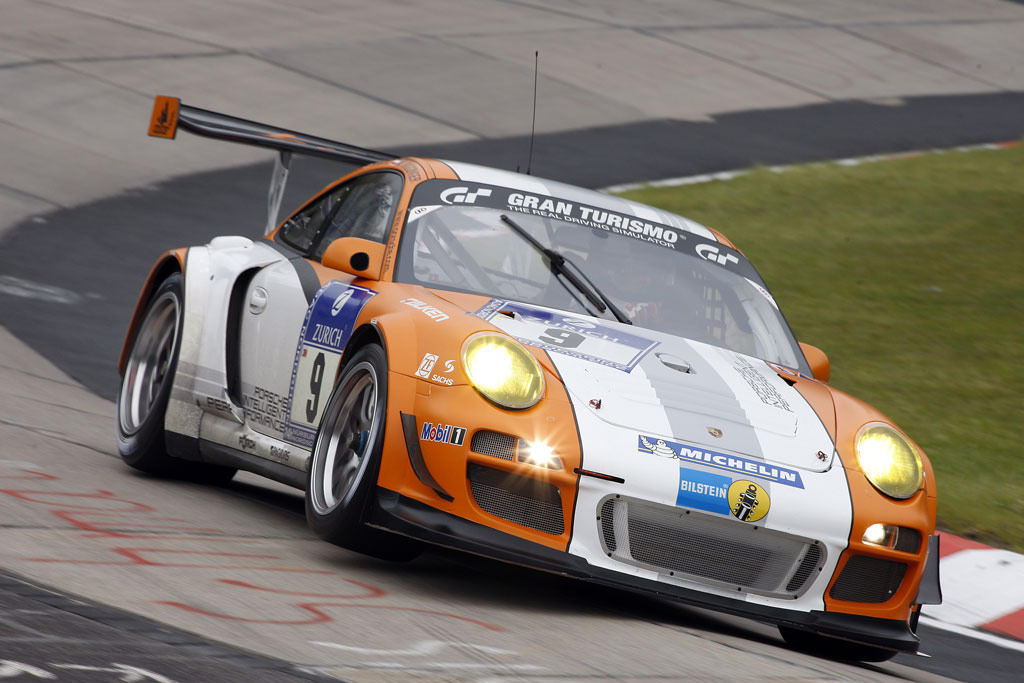 Following the impressive performance at the Nurburgring 24 hour race where the Porsche 911 GT3 R Hybrid demonstrated the potential of its groundbreaking technology over 22 hours and 15 minutes and led the overall classification for more than eight hours, the orange and white liveried 911 racer will now travel to the USA and Asia. Porsche has received an invitation to contest the season final of the American Le Mans Series, the race series featuring the world’s fastest sportcars, at the ‘Petit Le Mans’ at Road Atlanta on October 2. The race runs over a distance of 1,000 miles or a maximum of ten hours. The Porsche 911 GT3 R Hybrid will not be eligible for points, as hybrid technology is not yet included in the GT regulations.

For November 7, Porsche then plans to race the 911 GT3 R Hybrid at the season final of the new Le Mans International Cup, the six hour race in Zhuhai, China. Again here, the vehicle is not competing for points.

“After the 911 GT3 R Hybrid’s fantastic performance at the Nürburgring 24 Hours, we are now eager to gain more experience with the hybrid technology on a variety of race tracks,” says Hartmut Kristen, Head of Porsche Motorsport. “At the same time, we would like to show fans and customers in our most important markets how our ‘race lab’ performs under racing conditions,” adds Kristen.

Porsche 911 GT3 R Hybrid, featuring two electric motors at the front axle each developing 60 kilowatts to supplement the 480 horsepower normally-aspirated rear-engine, expressly typifies the philosophy of “Porsche Intelligent Performance”: Under braking, the 911 GT3 R Hybrid converts kinetic energy into electrical energy and stores it in a flywheel. During acceleration, this energy is automatically delivered to the front wheels, supporting the combustion engine. This leads to a reduction in fuel consumption and increases the cruising range. Moreover, drivers can manually utilise the stored energy with a boost-paddle on the steering wheel for overtaking.