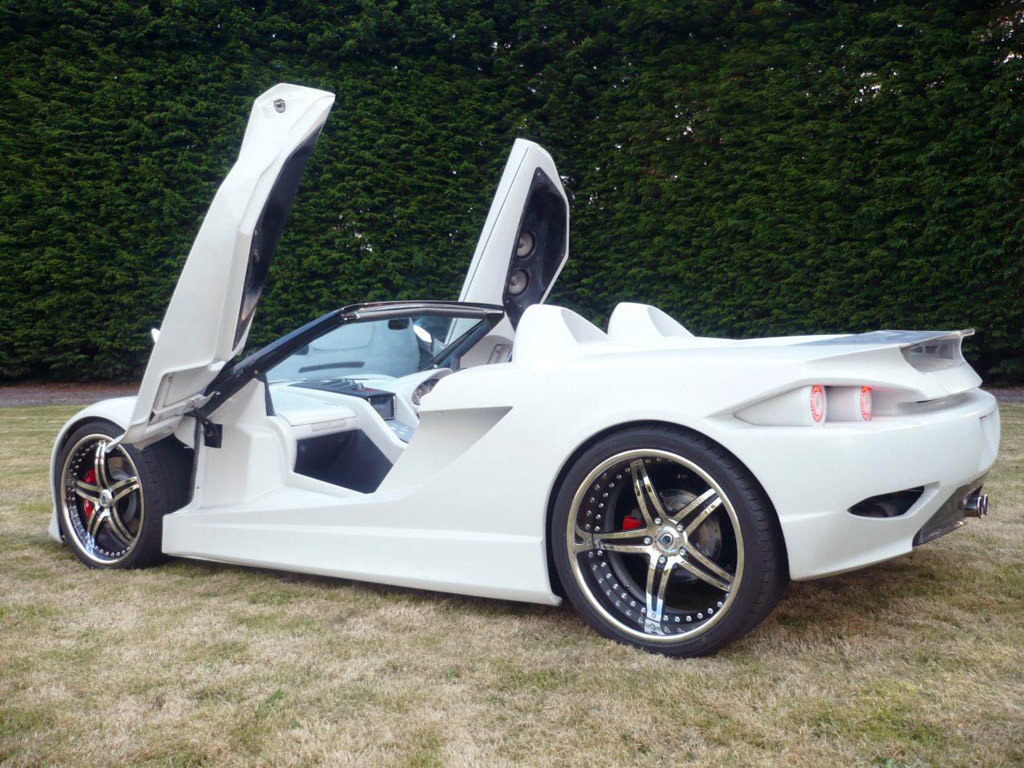 To some, a car is simply functional, to others a passion, but to 26-year old Oliver Ashley, four-wheel fever knows no bounds. Since 2007 Oliver, a senior technical manager for a Mercedes-Benz dealership in Bristol, has been building a car from the ground up, forsaking a normal social life to fulfil his dream of creating a truly unique automotive masterpiece.

The K1 Attack roadster, on which Oliver’s car is based, is born of a small Slovakian producer, and has been on the hardcore enthusiast’s radar across the globe since the first cars appeared some years back. Progress to market has been slow, which prompted Oliver to take matters into his own hands. It started with an approach to Swindon-based mobile entertainment specialists, Clarion, who Oliver suggested might like to showcase its award-winning audio, multimedia and satellite navigation equipment in his project.

Over three years later, after 4,000 hours of spare time toil, patience, immense skill, and an almost obsessive drive for perfection – not to mention £70,000 of his hard-earned cash and savings – Oliver’s unique K1 Attack sportscar is wowing crowds at shows across the country.

Starting with a basic chassis, some body panels and a variety of components, delivered in a box from the Slovakian factory in 2006, Oliver set to in his garage, creating and building his dream car in stages.

“I have actually assembled the car four times since starting the project”, said Oliver. “I had an original concept firmly in mind, and the design and specification evolved as I went along by building the car, checking the fit of every new component, dis-assembling, making modifications and so on, until I was happy with every element.”

Oliver’s parts list, created as the build progressed, included a whole host of one-off items specially produced for the car – which he designed and had made, all echoing his fanatical desire for individuality and quality. These include linear actuators and mechanisms for opening the driver & passenger doors by remote control, carbon fibre bodywork and interior detailing, colour-coded cabling, polished hoses and pipework, chromed suspension and a full bespoke leather/Alcantara cockpit, detailed with exquisite design and styling touches.

But as Oliver explains, attention to detail doesn’t come cheap:

“For example, I chose Asanti wheels from the USA, at £2,000 each, because they are just the greatest. I spent many thousands of pounds more on the composite bodywork styling, hand-crafted seats and interior, suspension, lighting, designing and engineering a right-hand drive conversion, even chroming hundreds of nuts and bolts…the list is endless.”

Along with Clarion, which has supported Oliver from the outset with a dashboard delight of of state-of-the-art audio and DVD, amplifiers, ‘speakers, hard drive navigation, and a rear reversing camera system, other major brands have assisted in the build, including MOMO, which dipped into its treasure chest of interior styling products to add Italian flair to Oliver’s creation, and Yokohama, whose legendary high-performance tyres now grace the car.

Amidst all the attention, Oliver is frequently asked what he’ll do now the car is finished.

“I’ve actually been offered a lot of money to sell it but I plan to enjoy it for a year or so, and after that? Well, building a speedboat from scratch could be fun,” he mused, suggesting this isn’t the last we’ll hear of the West Country wizard.