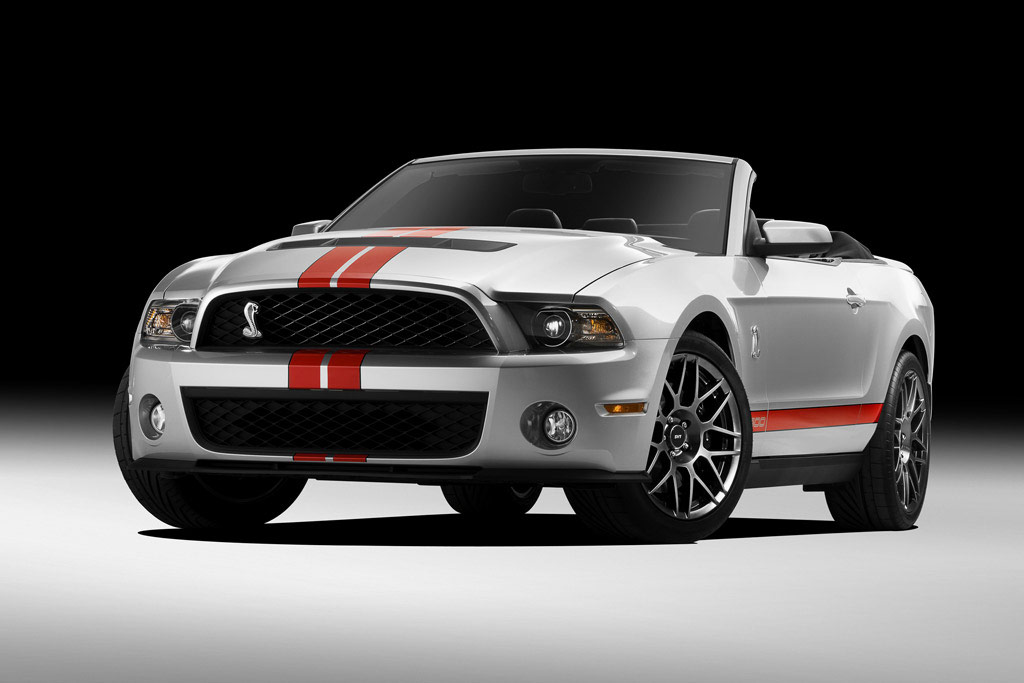 Customer demand for Ford’s new 2011 Shelby GT500 is growing nearly as fast as the world’s fastest production pony car. More than 3,300 orders have been placed for the new Shelby GT500. To ensure exclusivity, U.S. sales of the 2011 Shelby GT500 will be limited to 5,500 units.

“We are pleased with the pace of retail orders for the 2011 Shelby GT500,” said Fritz Wilke, Mustang brand manager. “The car continues to be popular with sports car enthusiasts and collectors who are blown away by the increase in horsepower and performance. The limited production of the 2011 should make this year even more desirable.”

The 2011 Shelby GT500 is powered by a new aluminum-block 5.4-liter supercharged V8 engine, which produces 550 horsepower and 510 lb.-ft. (690Nm) of torque, a 10 horsepower increase over the 2010 model. The engine is 102 pounds (46 kg) lighter than its predecessor, delivering a better power-to-weight ratio, improved fuel economy, acceleration, handling and steering precision.

Customers are showing an appreciation for the GT500’s performance on and off the track, as well as its many features.

New for 2011 is an optional glass roof providing customers with yet another open-air option that does not compromise the coupe’s versatility, headroom or climate-controlled environment. Three times more 2011 GT500s have been ordered with the glass roof compared to the base Mustang showing the popularity of this new feature.

The new SVT Performance Package is also proving to be a popular option with just over 68 percent of coupe orders selecting the enhanced performance delivered through this all-new option. The package was developed to provide track performance. SVT engineers worked directly with Goodyear to develop all-new Goodyear Eagle® F1 SuperCar G: 2 tires that give this already great handling car supercar grip and control levels. The optional package also offers unique styling, staggered lighter wheels with 19-inch fronts and 20-inch rears, a numerically higher rear axle ratio, stiffer springs and dampers, and a lowered ride height. The SVT Performance Package is available on both the coupe and convertible.