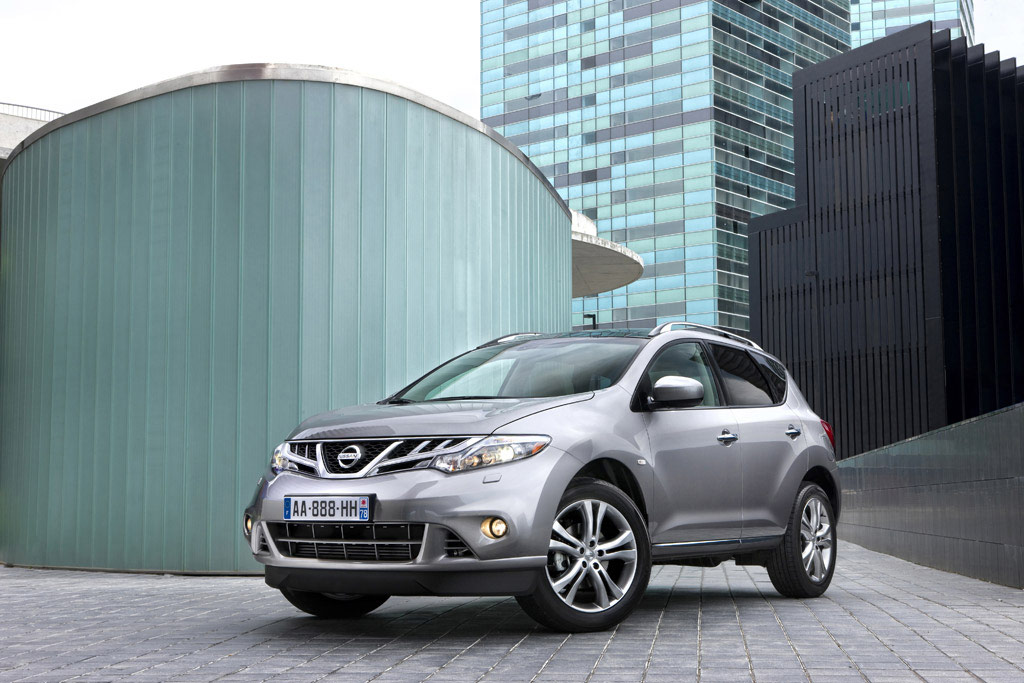 Nissan’s iconic Murano is now available in Europe with a diesel engine, significantly broadening its appeal for European customers. The arrival of a new diesel version, specifically engineered for Europe with significant input from engineers at Nissan Technical Centre Europe (NTCE), Murano will at last be able to realise its full potential.

The new diesel version is powered by a totally revised version of Nissan’s 2.5-litre common-rail four-cylinder unit. Extensive changes have been made to the engine to ensure its performance is in line with customer expectations in this segment of the market. It is now fully compliant with tough Euro5 emissions standards, and develops more 11% power and torque than before – the headline figures are 190 PS and 450 Nm at just 2,000 rpm.

Just as significantly, the engine has been comprehensively reengineered not just for greater efficiency, but also to deliver superior refinement as befits a car in this class. Among the changes are a change from chain to belt drive for the power steering pump to reduce noise while a fifth engine mounting point has been added to lower levels of NVH (noise, vibration and harshness). At the same time, extra sound absorbing material has been added to the engine bay to lower noise intrusion into the cabin still further.

Capitalising on the need to meet the requirements for cooling airflow to the diesel engine and radiators, a significant update has been made to the Murano’s frontal aspect to reinforce its striking looks. With a new grille and bumper design, the styling is now even more elegant and masculine.

By skilfully blending the attributes of a luxury sporting saloon with the benefits of an SUV, Nissan created a distinctive new niche, a car that ‘crossed over’ the two genres yet managed to retain the best elements of both.

By the time the second generation Murano arrived in 2008, Nissan had begun to establish its leadership of the crossover market by applying the same design and engineering philosophy to the family hatchback market by creating Qashqai and the seven-seat Qashqai+2. And that position of supremacy is set to be further underlined by the arrival, later this year, of its little brother Juke, the crossover with added mischief!

“Now with the arrival of a diesel version, buyers can add lower emissions, huge reserves of torque and enhanced fuel economy to the equation. It’s a win-win solution,” says, Simon Thomas, Nissan’s European Senior Vice President for Sales and Marketing.