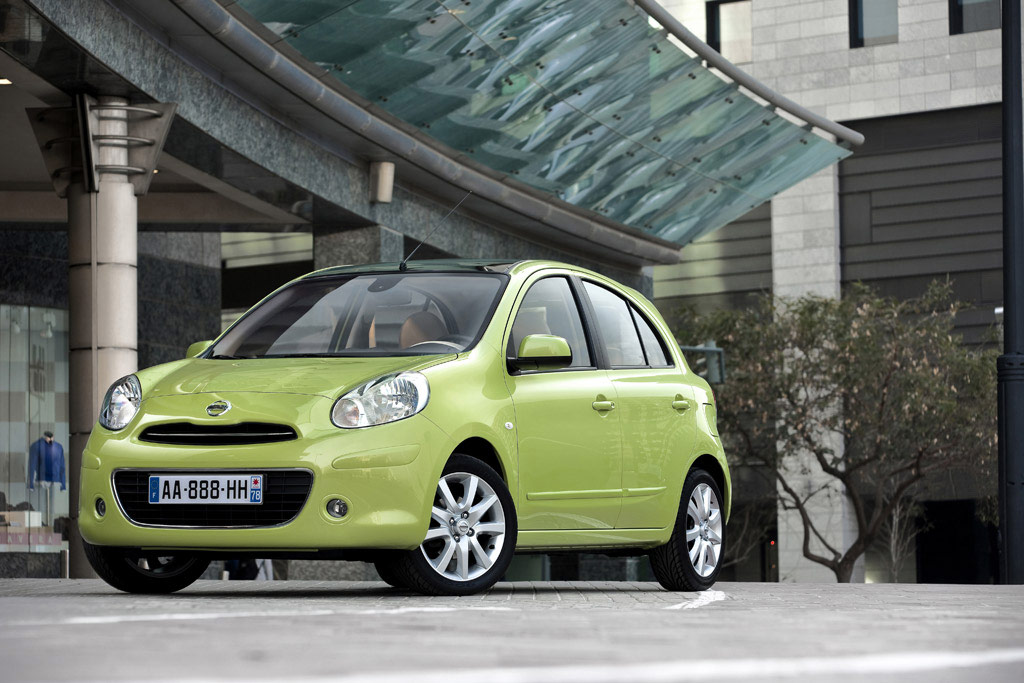 10th August 1992 the first Sunderland-built Micra rolled off the line. Now, 18 years, more than 2.3 million units and one model change later, Micra production in the UK has come to an end. In its place, Sunderland is already looking forward to the launch of the all-new Juke crossover car, which will enter production on the former Micra line in mid-August.

But before then staff took time to bid farewell to a car that has attained iconic status at the plant where it has been produced for almost two decades. The last Micra to be produced in Sunderland will drive off the line during late shift tonight, Friday 16th July.

It marks the end of an era stretching back to the early Nineties when the very first Micra was manufactured. Its arrival signalled the construction of an entirely new production line transforming Sunderland into a multi-model, high volume facility. The first Micra to be introduced to the UK was the model designated ‘K11’. It quickly won universal acclaim from customers all over Europe, and in 1993 became the first Japanese car to win the coveted ‘European Car of the Year’ award.

Sunderlandwent on to produce nearly 1.4 million K11 Micras over the next ten years until it was replaced by the new ‘K12’ Micra in 2002. The K12 proved equally as popular and Sunderland produced more than 100,000 units within the first six months of production – a faster rate than for any previous model. The K12’s striking looks were not only a hit with buyers as the car received a European Design Award at the 2003 Geneva Motor Show for its “individual character” and for “mixing functionality with innovation”.

Sunderland manufactured nearly one million K12s in eight years of production, and this included the plant’s first ‘open top’ car in the shape of the 2005 C+C (Coupe + Convertible). C+C’s fully automated roof was fitted on a dedicated sub assembly line for the four years it was in production during which the plant manufactured more than 31,000 units. In total, Sunderland has manufactured 2,368,704 Micras since 1992, which is more than 40% of all cars built at the plant since production began in 1986.

“I think everyone will be sorry to see the last Micra come off the line. When you produce a model for as long as we have produced Micra, it almost becomes part of your plant’s identity. There is no doubt that Micra has been a tremendous success for us and a production run of well over two million units is astounding, but like all plants we are constantly changing and updating our model mix. Micra’s departure frees up capacity on our lines meaning we can now look forward to producing the Juke in August. Although Micra is a tough act to follow, Juke is a very exciting prospect. By combining the best attributes from a compact SUV and a sports car, it will inject something truly original into the small car segment.”

The model’s departure from Sunderland does not signal an end to the Micra story. The all-new model, which had its global unveiling at the Geneva Motor Show in March, will be produced in several locations globally. This includes the Renault-Nissan Alliance’s new plant in Chennai, India which started Micra production in May and has already begun supplying the domestic Indian market. Exports, including to Europe, will begin in September this year.