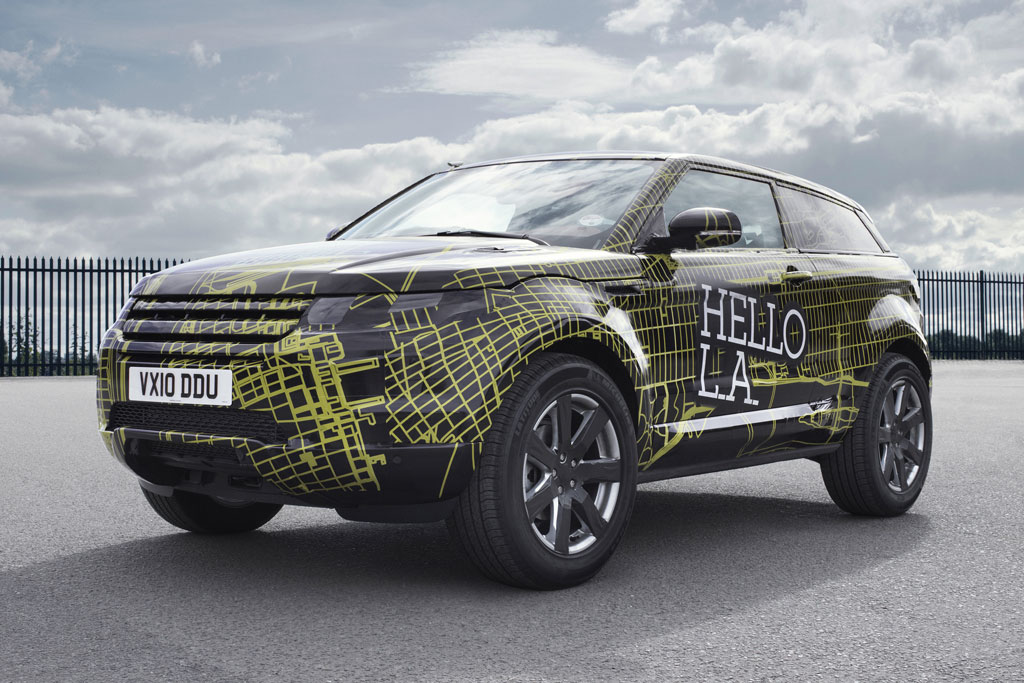 The all-new Range Rover Evoque has entered its final phase of testing, with hundreds of prototype models dispatched around the globe for trial in the toughest climates and conditions. Land Rover is making no secret of the operation – its design team has fitted ten prototypes with funky camouflage wraps, meant to introduce the new car in ten key cities worldwide. These unmissable vehicles represent London, New York, Sau Paulo, Paris, Milan, Madrid, Berlin, Sydney, Shanghai and Moscow and will all be spotted testing around the globe. They are just a small proportion of the hundreds of pre-production cars that will be rigorously evaluated over millions of miles to ensure the new Range Rover Evoque surpasses the highest standards of quality and reliability when it goes on sale in summer 2011.

Many of Land Rover’s 3500 engineers are dedicated to the programme. Teams will travel to 20 countries to pit the Evoque against the most extreme conditions on earth, ranging from the Arctic to the desert, from German Autobahns to Tokyo city traffic. Alongside the engineers, Land Rover is working with 120 unique component suppliers and carrying out in excess of 17,000 individual tests to examine every separate part and system.

Usually prototypes are disguised for discretion, but these ten are supposed to be seen. The funky camouflage imagery is actually a GPS mapping trail of ten key cities for Evoque, with each vehicle saying ‘Hello’ to its city. It signals the eagerly awaited global launch of the new Evoque.

Like all Range Rovers, the new Evoque will have been proven against all the elements when it goes on sale next summer.

“The development stage is crucial in the year leading up to launching the car.” said Murray Dietsch, Director of Land Rover programmes. “No stone is left unturned, we have a team of experience and skilled engineers who will work to a tight schedule to ensure we have a top quality vehicle to offer our consumers.”

The new Range Evoque is the smallest, lightest and most efficient model the company has ever offered, and will be sold in 160 markets around the world.