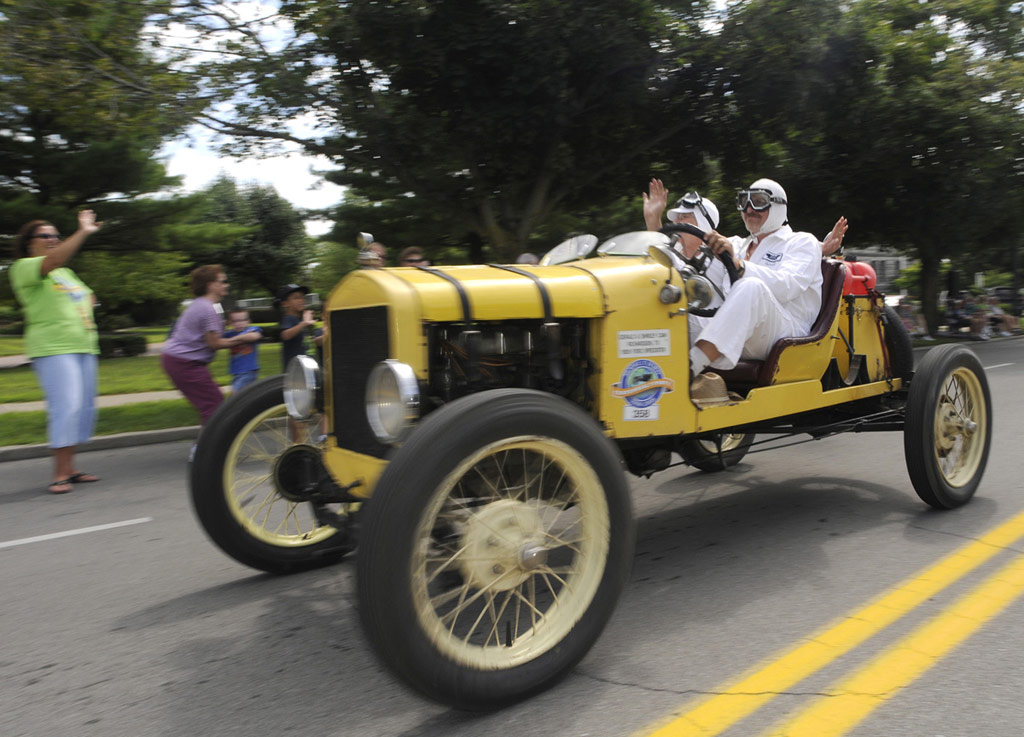 The car that put the world on wheels, the Ford Model T, is celebrating its 100th anniversary in 2008 and Ford is planning a year-long series of celebrations to honor the iconic vehicle.

Celebrations will officially commence at the 2008 Amelia Island Concours d’Elegance in Amelia Island, Fla., March 7-9. Ford has many other regional events in the works for a year filled with celebrations, including a special Model T display at the West Coast’s largest Ford enthusiast car show – the Fabulous Fords Forever! event at Knott’s Berry Farm Amusement Park in Anaheim, Calif., on Apr. 20th. In July, Ford Motor Company will be the title sponsor of the Model T Ford Club of America’s “T Party 2008” that will be held in Richmond, Ind.

Among the fine collection of automobiles that will be displayed at the 2008 Amelia Island Concours this weekend will be a class of special Model Ts featured on the “Field of Dreams,” one of the premier locations at the event. This display will recognize this historic automobile and its contribution to America’s emergence as an industrial power in the early 1900s.

Ford Motor Company, with support from Ford Motor Company Fund, is the title sponsor for the “T Party 2008” celebration hosted by the Model T Ford Club of America, which plans to bring in close to 1,000 Model Ts for this significant milestone.

The “T Party 2008” will be held July 21-26 in Richmond, Ind., and is expected to be the largest gathering of Model Ts since they left the factory. The weeklong centennial celebration will draw over ten thousand Model T owners and enthusiasts from around the world. More than 700 Model Ts are already registered for the event, including entries from England, Norway, Australia and New Zealand.

“The support and response we’re receiving around the T Party has been phenomenal. The Model T Ford Club of America has been looking forward to celebrating this milestone for many years,” said Jay Klehfoth, chief executive officer, Model T Ford Club of America. “We’re thankful for Ford’s support in helping bring this event alive to the thousands of Model T enthusiasts who will join us from around the world.”

One hundred years ago, the Ford Model T changed the world with its technology and the same concept has lived with Ford ever since.

“The Ford Model T is rightly credited with putting the world on wheels, and its influence can still be felt today,” said Jim Vella, president, Ford Motor Company Fund and Community Services. “We’re proud to join in the celebration of one hundred years of fantastic Ford heritage and innovation with Model T enthusiasts from around the world, and we look forward to carrying the legacy and spirit of the Model T into the future.”