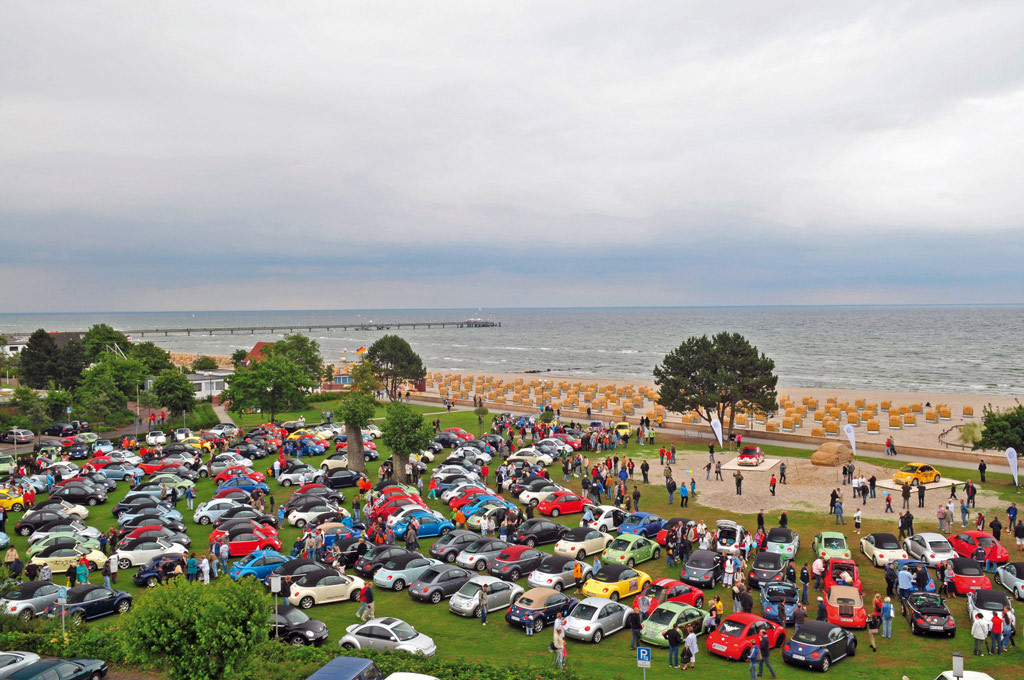 Volkswagen New Beetle from clear across Europe will be gathering in Travemünde on the Baltic Sea on 7 August. The get-together, which has been taking place since 2004, is going to set a new participation record this year. Around 300 New Beetles and New Beetle Convertibles have already been registered. The Sunshinetour is the largest private gathering of Beetle friends worldwide.

Organiser Gabriele Kraft is counting 55 guests alone from Belgium, Great Britain, Ireland, Italy, the Netherlands, Austria, Poland, Russia, the Czech Republic, Ukraine and Belarus. So the motto of the event is well chosen: “Around the world with the New Beetle.” It is the fifth time that Kraft has organised the party on the shores of the Baltic Sea.

The destination of the trip, which begins at the Lübeck Volkswagen Centre, Berliner Strasse at 11.30 a.m., will be new:

“We found the perfect location in the beach grasslands at Travemünde,” says Gabriele Kraft. Later, the seafront location will provide a perfect infrastructure, including a gigantic stage, for the open-air concert that starts at 3:00 p.m., featuring Jenix and other bands sponsored by the Volkswagen Sound Foundation.