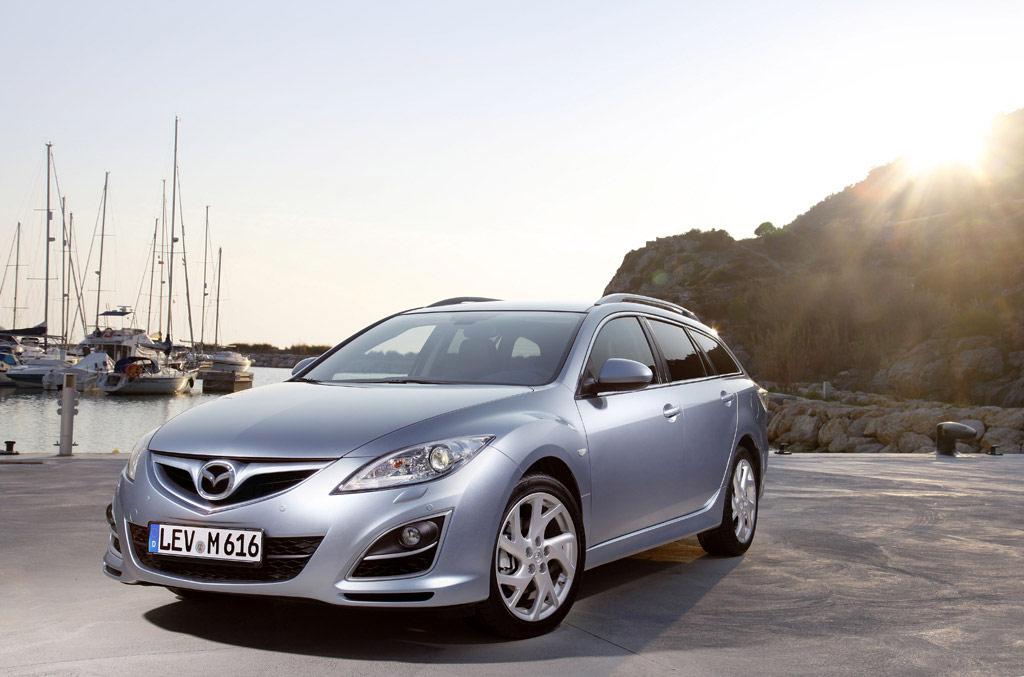 When Mazda’s very first passenger car, the diminutive R360, rolled off the assembly line in 1960, the timing was perfect with the economies of Japan and Germany re-awakening like sleeping giants. Mazda’s passenger car business would remain small for a couple more years, however, while it continued to make light commercial vehicles needed for the building-boom. This was not a disadvantage, as it gave Mazda the time it needed to design well thought-out cars that offered more than people expected. Several of these vehicles even changed the motor industry.

Revolution in the 1960s – Mazda 110S Cosmo Sport
One of the most beautiful sports cars Mazda ever built, the110S Cosmo Sport’s long bonnet passengers-back design and front engine rear-wheel drive layout were nothing new in 1967, but a revolution was under the bonnet with a dual-rotor engine, the first of its kind in a production car. After the NSU Spider’s unsuccessful single-rotor engine earlier in the decade, Mazda engineers accomplished what many had thought impossible – built a rotary-engine for a passenger car that was durable and reliable, even when revved to 7,000 rpm on a daily basis. To prove this beyond a doubt, Mazda took the Cosmo Sport to the 1968 Marathon de la Route, a gruelling 84-hour endurance race at Germany’s Nürburgring, where it finished fourth. Born in a decade of revolution, it would become Mazda’s first cult classic. Beautiful to look at, fun to drive and reliable by the standards of its day, the Cosmo Sport changed people’s minds about the rotary engine. Its unique overall package would also be the basis for all Mazda rotary sports cars to follow.

The Indulgent 1970s – Mazda RX-7
A decade later, revolution was no longer as important as personal style and expression. When the Mazda RX-7 first appeared, it met the 70s need to stand out at all costs. It had a wedge-shaped design, a glass-hatch rear window, pop-up headlights, wild exterior colours and interior fabrics to make Andy Warhol blush. And its concept was very flexible – over the next 30 years the RX-7 was offered as a four or five-speed manual and in an automatic version, you could get it as a convertible, a four-seat coupe, in a three-rotor version, a dual-rotor with turbo-charging, and in more special editions than any Mazda before or since.  And talk about over-indulgent! It guzzled petrol and was bucket-loads of fun to drive. Its front mid-ship engine placement with rear-wheel drive gave it near-perfect weight distribution, and made it one of the best-handling sports cars of its era. Like the Cosmo Sport before it, the RX-7 quickly made a name for itself in motor sports, winning the GTU series championship at the 24 Hours of Daytona in 1979, the British Touring Car Championship in 1980, and the Spa 24-Hours race a year later, beating out a group of powerful BMWs. Mazda would sell over 1.8 million RX-7s, making it the most popular rotary-engine sports car ever made.

Yuppie excess in the 1980s – Everybody gets a Roadster
The hangover from the 60s and 70s had hardly subsided when Bob Hall sketched a small open-top roadster on the blackboard of Kenichi Yamamoto’s office in Hiroshima. The car conceived that day was not particularly functional, nor were there a lot of rational reasons to buy it, which may explain why Yamamoto-San would have to wait a decade for approval to mass produce it. With launch of a small roadster at the Chicago Motor Show in 1989, Mazda had again timed it perfectly. Earning money was in, and a young upwardly-mobile customer base was looking to buy something to show-off in. The little roadster was frivolous and cool enough to meet this demand, and priced to be affordable on a yuppie’s income. It had pop-up headlights like the RX-7 hidden in a small and cute exterior; and it was lightweight and fast, with a snug and classic interior. The roadster was a thrill to drive, and with the top down everyone looked when you passed. Mazda MX-5 was wildly successful and demonstrated that the classic roadster was anything but dead. Over the next 20 years, practically every carmaker would try to emulate it.

The new Millennium – Mazda6 sets a new Benchmark
In the late 1990’s Mazda created the foundation for a decade of future success with the development of a new Zoom-Zoom brand message forged in the optimism of the new millennium. To deliver it, a new generation of carlines was developed, and the first of these to be launched was the mid-sized Mazda6 in 2002. This was a far cry from Mazda’s previous mid-sized sedan. Its aggressive-looking head and tail lamps and highly-sculptured nose made it sportier-looking than its competitors, and new MZR petrols with generous power and sequential-valve timing made it more fun to drive. Add roominess, affordability and three unique body styles, and you had a new benchmark for Japanese mid-sized cars – a position the Mazda6 still holds today.