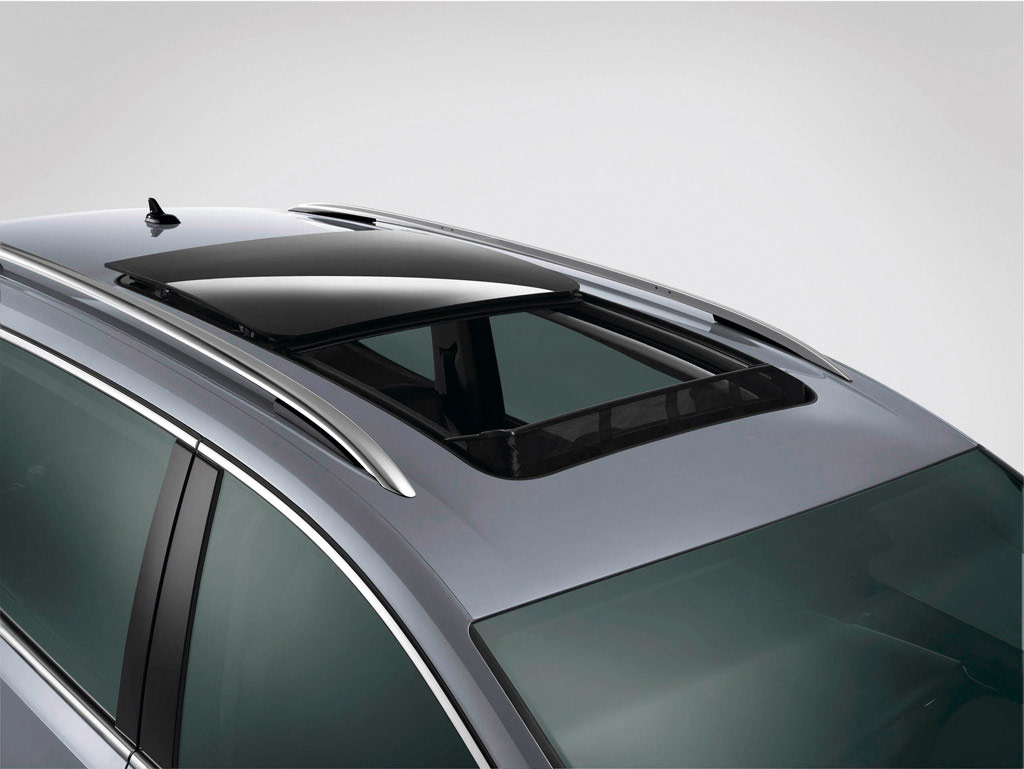 Volkswagen is building a new MPV. An MPV that at 4.85 metres is precisely 22 centimetres longer than the previous model. With up to 7 seats. And up to 2,430 litres cargo capacity. With up to 9 airbags and 33 storage options. With the most solid body in its class. With sliding doors. With countless small detailed solutions that make everyday driving better. With integrated child seats and an enormous panoramic sunroof. With a Start-Stop system and battery regeneration. This is an MPV which – in the most popular engine version in Europe that still packs 140 PS – only consumes 5.5 l/100 km fuel (equivalent to 143 g/km CO2). This value is a new world best in its class. It is the new Sharan.

It all begins in high summer. After more than 600,000 of the first two generations of Sharan have been built, the successor model is taking over. Its four direct injection TSI petrol and TDI diesel engines are now up to 21 percent more fuel-efficient than comparable engines of the outgoing model. The two TSIs output 110 kW / 150 PS and 147 kW / 200 PS, while the TDIs develop 103 kW / 140 PS and 125 kW / 170 PS. Each of these Euro-5 engines is also available with a 6-speed dual clutch gearbox (DSG); it is even standard equipment on the 200 PS TSI.

The 2010 model year Sharan is a completely redesigned vehicle. Clever: The optionally electrically powered sliding doors have a pinch protection function that ensures safety on entry and exit. Innovations run throughout the body area like a common thread. The Sharan sets the new benchmark in the segment for the static and dynamic torsional rigidity of its body, for example. Despite this, weight was trimmed down. Consider the Sharan 1.4 TSI BlueMotion Technology. It was made a full 30 kilograms lighter than the comparable version of the previous model.

Responsible for the new Sharan’s visual styling are Walter de Silva (Head of Design for the Volkswagen Group) and Klaus Bischoff (Head of Design for the Volkswagen Brand). They designed the vehicle based on the new Volkswagen ‘design-DNA’ matrix. As a result, the vehicle’s body styling – both appealing and functional – is epitomised by clear, horizontal lines. It is fresh, yet certainly not dictated by any transient fashion. The aim of the design is rather to create an extremely energetic look in the body with a minimum of lines. The new generation Sharan was also designed to be one of the most aerodynamic MPVs on the market. Its Cw value: 0.299! This represents a 5 percent improvement over the already very good previous model.

The new Sharan will be offered on all markets in the three equipment versions Trendline (base vehicle), Comfortline (mid-level) and Highline (most exclusive version) as well as in 9 different body colours. In its normal configuration, the MPV has 5 seats (2:3). Thanks to the new EasyFold seating concept, the individual seats of the second row no longer need to be removed to utilise the vehicle’s maximum cargo space, rather they are stowed in the vehicle floor with a very easy-to-use folding mechanism. Like the front seats, the rear seats also adjust longitudinally and can be reclined by up to 20 degrees.

In addition, 6-seat and 7-seat packs are available. As a 6-seater, the Sharan’s second seating row is equipped with two seats that have cushioned armrests; there are also two individual seats in the third row (2:2:2). There is no middle seat in the second row, but the two remaining seats there can be moved toward the middle, offering even better comfort. The 6-seater is ideal for business customers. If the customer chooses the 7-seater, just like on the 5-seater, the second row has three individual seats; naturally, there are two individual seats in the third row in this case as well (2:3:2). Regardless of which equipment line is ordered, the 6 and 7-seat Sharan versions have standard 3-zone climate control (Climatronic), the EasyEntry feature for easy access (to the third row of seats) and acoustic and visual warning signals if the rear seatbelts are unbuckled.

Driving properties of the Volkswagen MPV exhibit the same high levels of performance and comfort as the excellent Passat. Convenience and safety are enhanced by an electronic parking brake and the new Park Assist system (automatic steering when parking in even smaller parking spaces, and on cobbles, between trees or on street curves – and now offers automatic parking perpendicular to the driving direction). Even the base version Sharan comes with features such as semi-automatic climate control (Climatic), radio-CD system (RCD 210), mobility tyres (self-sealing in case of puncture) and an uncompromising safety pack that includes 7 airbags and ESP. Highly advanced entertainment systems and a 3-zone climate control system (Climatronic) – standard on the 6 and 7-seat versions – guarantee ideal travel conditions at any time of year. The third generation Sharan is also the only MPV in its class to be available with all-wheel drive.