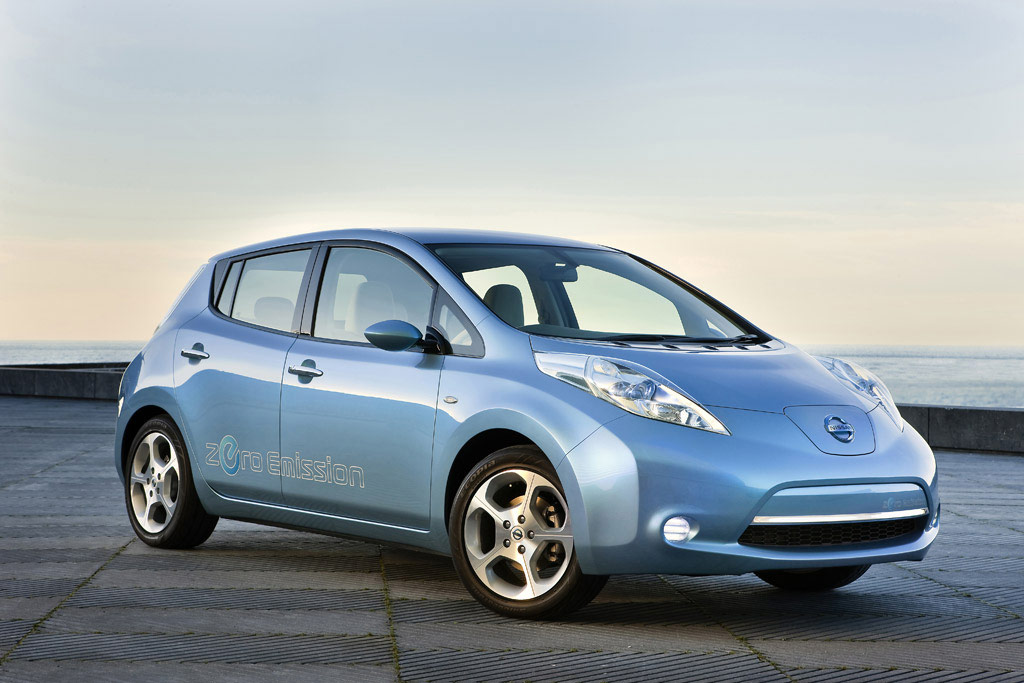 The Nissan LEAF became the first electric vehicle to charge up at Portugal’s first charging station which was unveiled to the public today. The car was charged by Prime Minister José Sócrates who drove the all-electric, compact family car a few kilometers as part of the inauguration ceremony to the charging station located near the Park of Nations in Lisbon.

The Lisbon charging station is the first of 1,300 normal charging posts which MOBI.E -the Portuguese charging station consortium – will install in 25 cities across the country by summer 2011. The charging network is part of the Definitive Agreement signed between the Renault-Nissan Alliance and the Portuguese Government in December 2008 in order to establish the basic conditions for the implementation a zero-emissions mobility program in Portugal.

The Nissan LEAF goes on sale in Japan, the US and select markets in Europe, including Portugal, in December. By 2012, the car will be mass-marketed globally. The Nissan LEAF will be priced at €29,955 in Portugal after government incentives of €5,000. Portuguese EV customers will also benefit from road tax exemption, among other benefits.

Nissan LEAF offers the same performance and practicality as a normal five-seater hatchback, minus the tailpipe emissions. The car has a driving range of 160 km (US-LA 4 mode) which Nissan expects will be enough to satisfy the needs of many drivers. According to Nissan research the average daily driving distance for 80 percent of the world’s population is below 100 km.