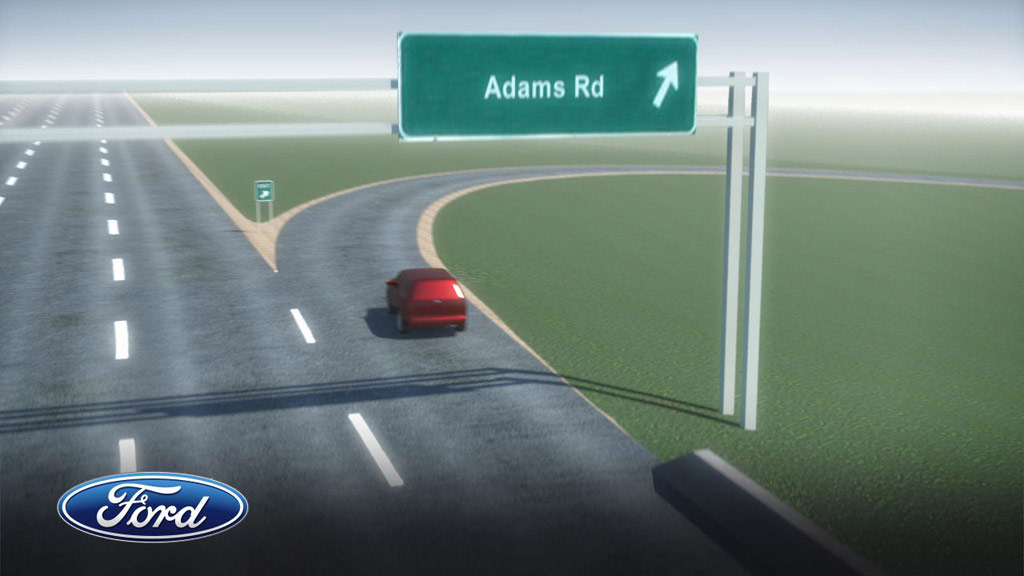 Ford Motor Company today introduced a new innovation – Curve Control – designed to help drivers maintain control of their vehicles when taking a curve too quickly. Curve Control debuts as standard equipment on the all-new 2011 Ford Explorer going into production later this year, and will be offered on 90 percent of the company’s North American crossovers, sport utilities, trucks and vans by 2015.

The technology senses when a driver is taking a curve too quickly – a situation found to contribute to about 50,000 crashes each year in the U.S. – and rapidly reduces engine torque and can apply four-wheel braking, slowing the vehicle by up to 10 mph in about one second.

“Too many accidents stem from drivers misjudging their speed going into curves and freeway off- and on-ramps,” said Sue Cischke, Ford group vice president of Sustainability, Environment and Safety Engineering. “Ford’s Curve Control technology senses a potentially dangerous situation and reduces power and applies brakes more quickly than most drivers can react on their own.”

Curve Control is effective on dry or wet pavement, and is expected to be particularly useful when drivers are entering or exiting freeway on- or off-ramps with too much speed. When a vehicle enters a curve too fast, the system responds to the driver’s steering input by rapidly reducing torque and increasing brake pressure to help keep the vehicle under control.

The patent-pending system works by measuring how quickly the vehicle is turning and comparing that with how quickly the driver is trying to turn. When the vehicle is not turning as much as the driver is steering – also known as “pushing” – Curve Control activates. The system applies the precise amount of braking required on each wheel to enhance the individual wheel braking of the traditional stability control system.

“Ford is developing technologies such as Curve Control and radar-based collision warning systems that can prevent crashes from happening in the first place,” said Paul Mascarenas, Ford vice president of Engineering for Global Product Development. “These new active systems designed to prevent accidents are the perfect complement for Ford’s leading passive safety systems – such as advanced airbags and high-strength vehicle structures – that protect occupants when a crash is inevitable.”
Curve Control is one of several new driver assist and safety technologies to be offered on the all-new Explorer. Other technologies include next-generation adaptive cruise control and collision warning with brake support, state-of-the-art pressure-based airbag technology, the industry’s first inflatable rear seat belts and intelligent four-wheel-drive terrain management system.

Real-world benefits
Ford safety researchers found through analysis of government crash data that approximately 50,000 crashes annually in the U.S. involve driving too fast on a curve.

According to a study by the Insurance Institute for Highway Safety, freeway ramps “are the sites of far more crashes per miles driven than other segments of interstate highways.” In that 2004 study of more than 1,100 urban freeway interchange crashes, vehicle speed was noted as a “primary crash contributor.” About half of those interchange crashes occurred when at-fault drivers were in the process of exiting interstates and another 36 percent occurred when drivers were entering interstates.

“While we strongly encourage our customers to drive at safe speeds, systems such as Curve Control can be useful in unexpected situations,” said Ali Jammoul, Ford chief engineer, Chassis Systems.

Ford’s safety leadership record continues to grow
Ford has been awarded more five-star U.S. government ratings and Top Safety Picks from the Insurance Institute for Highway Safety than any other automaker.

In 2009 Ford introduced radar-enabled adaptive cruise control and collision warning with brake support, and BLIS® (Blind Spot Information System) with cross-traffic alert. These technologies – introduced on the new Ford Taurus and Fusion – help drivers avoid potentially dangerous crash situations by using radar to detect the relative position of other vehicles and warning the driver with a combination of visual and audio alerts.

Ford also introduced some of the industry’s first pressure-based airbag technologies that help deploy side airbags up to 30 percent faster on the 2009 F-150 and 2010 Taurus.