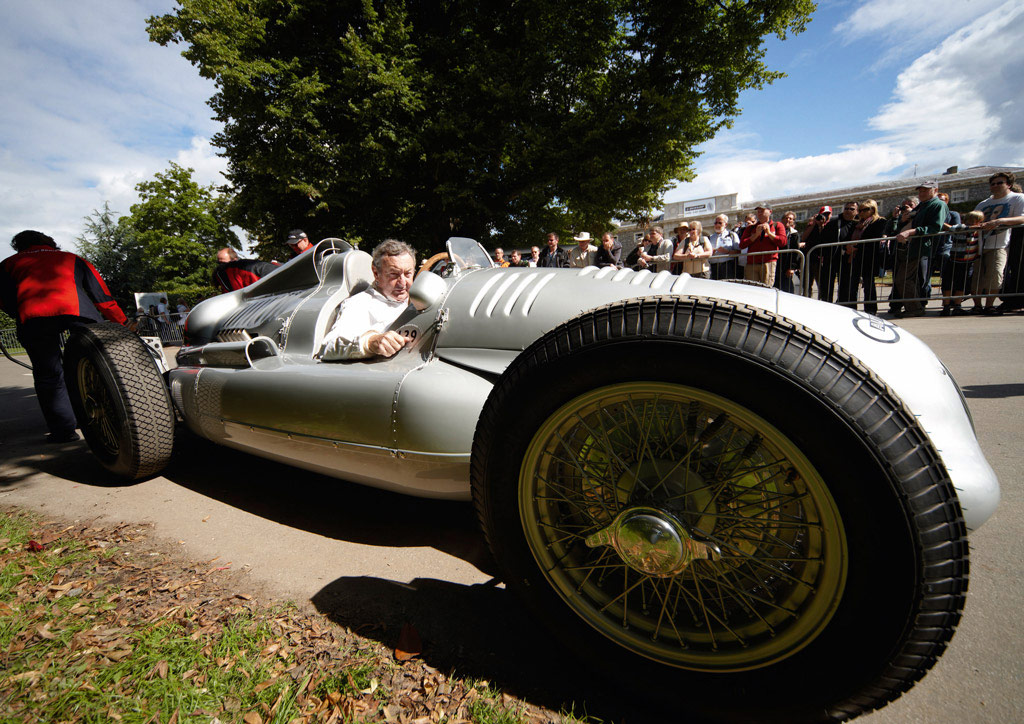 The stage is set: from July 2 to 4, the Earl of March and Kinrara is inviting lovers of historic motorsport to join him for the annual highlight in the calendar, the Goodwood Festival of Speed. Once again 150,000 visitors are expected to make their way to the Earl’s Goodwood estate in the south of England to witness outstanding vehicles from the history of motor-racing. Audi Tradition will be making a convincing appearance: Nick Mason, the legendary Pink Floyd rock group’s drummer, is driving an Auto Union Silver Arrow again, and Marco Werner, three times a Le Mans winner, will be at the wheel of an Audi V8 quattro DTM.

It’s the fourth time that Nick Mason will climb into one of the legendary Auto Union Silver Arrows and thunder up the hill in Goodwood. People are already respectfully calling him “Auto Union’s last works driver”! Pink Floyd’s drummer is a total motorsport enthusiast and owns an exclusive collection of racing cars. This time he is driving a 1939 Auto Union Type D with twin superchargers, a car that Audi Tradition had rebuilt a few years ago. As Mason says contentedly: “It’s a great feeling to drive at Goodwood every year, but all the more so in an Auto Union racing car.”

Marco Werner is not delving as far back as this into Audi’s historic car collection. He is one of the very few drivers to have won all three classic long-distance races – Le Mans, Daytona and Sebring. In Goodwood he will be seen in the 1992-season V8 quattro DTM, a car that has a very special place in the long history of Audi participation in the German Touring Car Masters (DTM). After wins in the 1990 and 1991 DTM, its engine was given a new crankshaft, to which competing teams objected but which was examined by the Supreme National Sport Authority (ÖNS) and found to conform with the rules. Only a short time later the ÖNS reversed this decision, but without publishing its expertise, whereupon Audi withdrew from the DTM series.

In Goodwood, Marco Werner will remind us of the kind of performance the fans so much enjoyed seeing from this potent 470-horsepower car.