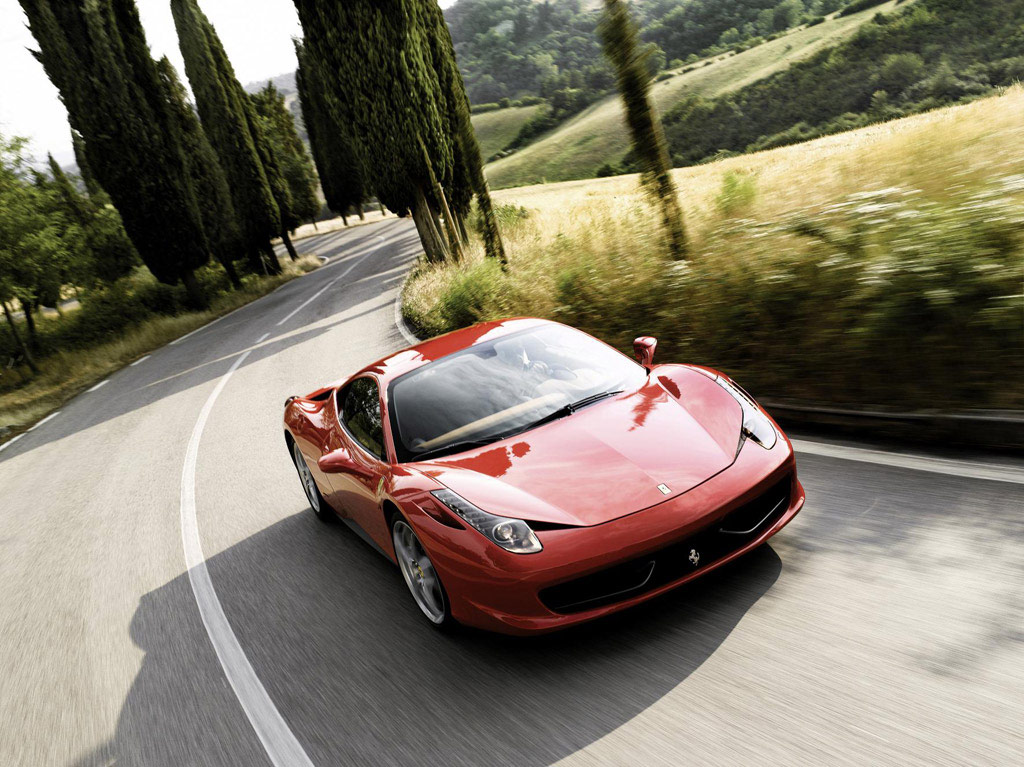 Two of Ferrari’s latest supercars will be making their UK public debuts at this year’s Goodwood Festival of Speed: the beautifully-styled and innovative mid-engined 458 Italia and a technologically-advanced V12 flagship which carries one of the most evocative name badges in automotive history, the 599 GTO. Also appearing in the Sunday Times Supercar Run will be a very special Ferrari California with a unique “bi-colore” roof and a personalised interior, while the Scuderia Ferrari will be represented by the 2009 F1 car which will be driven by Marc Gene throughout the weekend.

The Ferrari 458 Italia introduces a number of innovative technologies, such as the reduction of internal friction losses inside the engine as well as significant aerodynamics development on the exterior design, including the aeroelastic winglets at the front that generate downforce and, as speed rises, deform to reduce the section of the radiator inlets and cut drag.

The Ferrari 599 GTO recreates the evocative “GTO” moniker which previously appeared on two of the Prancing Horse’s most iconic supercars, the race-bred 250 GTO and the 288 GTO which defined the term “supercar”. The 599 GTO is an extreme V12 berlinetta which has been designed to fulfil a specific performance-oriented brief and is the company’s fastest ever road car. It is an exclusive limited edition special which is based on the 599XX, the advanced experimental track car, and is reserved for just 599 clients who seek the maximum expression of high-performance driving. The 599 GTO benefits directly from the technological transfer from racing and set a record lap time at Fiorano in 1’24”.

The Fiorano lap time provides just one indication of the potential of this car. Just as significant are the technical specifications – 670hp in a 1495kg car represents a weight-to-power ratio of just 2.23 kg/hp, and ensures a 0-100 km/h acceleration time of just 3.35” as well as a top speed of over 335 km/h.

The Ferrari California is the Prancing Horse’s first front-engined V8 which has been classically styled to echo one of the greatest designs from Ferrari’s history, the 250 GT California. The new California, however, is packed with the latest technology and includes Ferrari’s first dual-clutch 7-speed gearbox, a direct injection 4.3 V8 engine with 460hp, the latest F1-Trac traction control system, a new multi-link rear suspension, and, of course, an innovative retractable folding hardtop that opens or closes in only 14 seconds. The California has already received the critical acclaim of the automotive press around the world, with Top Gear claiming it is a “proper God’s honest, marrow-deep Ferrari”, and Autocar describing it as “absolutely bloody marvellous!”

The particular Ferrari California on display at Goodwood features a “bi-colore” roof, with the car painted in Argento Nurburgring (metallic silver) and the roof and A-pillar in Nero (black) to echo the tradition of bi-colore berlinettas of the 1950s and 1960s. The car on display in the Supercar Paddock also features several items from the Genuine Ferrari Accessories range, such as forged 20” matt black wheels with titanium wheel bolts, as well a host of “extra-campionaro” factory-fit options from the Carrozzeria Scaglietti Personalisation Programme such as diamond-stitching on the rear seats and Cavallino stitching on headrests in Nero.

Ferrari is also represented by the Scuderia Ferrari team who will be demonstrating the 2009 F1 car, driven by Marc Gené, throughout the weekend.