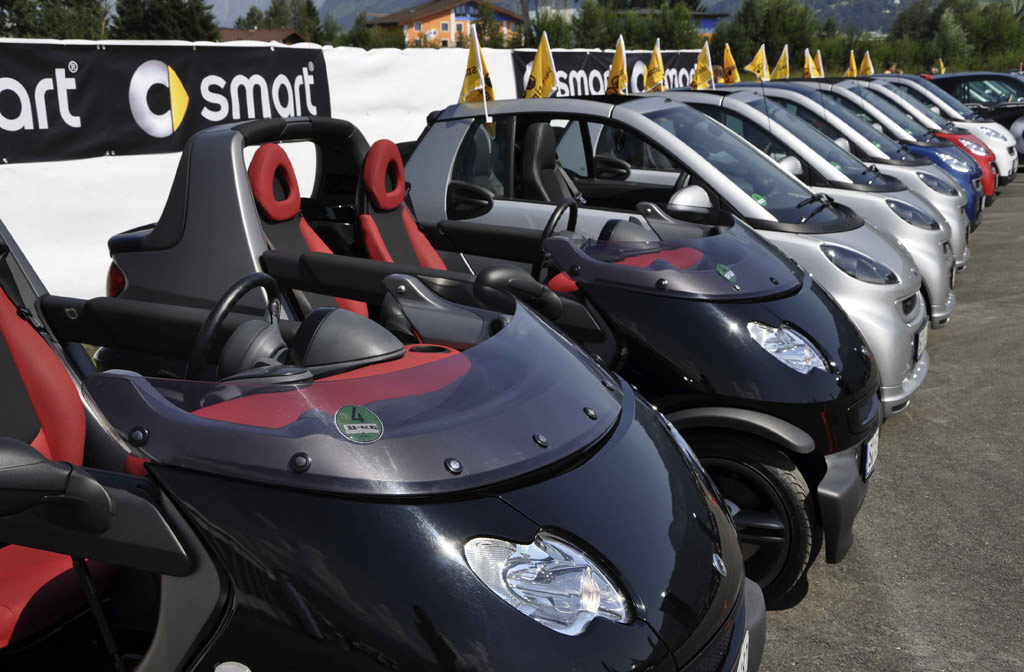 22 August 2010 the worldwide smart community will once again congregate at the old airfield in Zell am See/Kaprun, Austria where “smart times” – the world’s largest gathering of smart fans – will take place for the 10th time. In addition to numerous programme highlights visitors will also be able to test drive the smart fortwo electric drive.

In the anniversary year, several thousand smart fans from all over Europe – some of whom have customised their vehicles in creative and often unusual ways – will once again gather in Zell am See/Kaprun to celebrate their passion for smart cars together. Special highlights of the event include the smart convoy, the smart times contest, the party and of course technical discussions with designers, tuners and industry experts.
Marc Langenbrinck, Managing Director smart brand and Head of Sales & Marketing at smart says “smart times is pure joie de vivre and it shows the enthusiasm that the smart brand generates like barely any other event. We look forward to thousands of smart fans and a varied programme with a very special highlight: an opportunity to test drive the smart fortwo electric drive.”

An overview of smart times 2010

18 – 19 August 2010: pre-events To get into the mood, this year the smart community will have an opportunity to get to know each other two days before the official start of the event. For the first time at the special request of the community the programme will include “power drives” with driving technique experts from the smart BRABUS team.

20 August 2010: opening celebration The weekend event with smart competitions, shows, action, innovations and exchange of information will kick off on Friday with a spectacular drive up to Austria’s highest mountain – the Großglockner with a height of 3,798 m. In the evening smart times will be officially opened with a celebration on the old airfield.

21 August 2010: smart times convoy, contest and party At 11 a.m. the starting signal will be given for the legendary convoy around the lake, which still holds the record for the world’s longest car convoy in the Guinness Book of Records. In the afternoon excitement will be provided by smart stunt shows and the smart contest among other things. In addition, smart designers will be on hand to answer questions from fans. In the evening smart is inviting smart fans to an exclusive smart party at Kaprun Castle.

22 August 2010: smart bazaar. The event will come to an end with the traditional bazaar where fan articles and all kinds of used parts will come under the hammer.