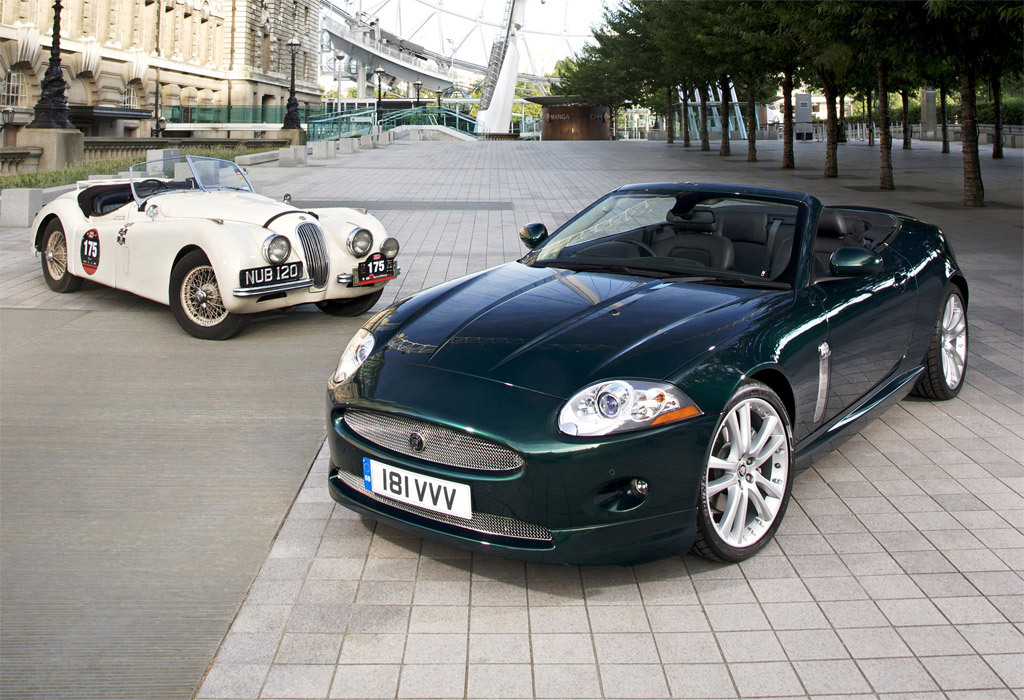 Jaguar will showcase a new look for XK in celebration of 60 years of the iconic nameplate at this year’s British International Motor Show. The new XK60* will take pride of place alongside representatives from the full Jaguar model range, each with a success story for 2008.

XK
In 1948, Jaguar created what would become one of the most famous automotive names in the world, as the all-new and highly advanced XK engine made its debut in the revered XK120 sports car. Now, to celebrate the 60th anniversary of that iconic car, Jaguar is launching a very special series of the current XK for the UK market – the uniquely equipped and aptly named XK60, a car that pays homage to the legendary performance of its predecessors.

Complementing the XK60 on the stand will be the recently introduced XKR-S, a limited edition sports coupe in Ultimate Black designed to give an even more focused, high speed performance driving experience. Capable of 0-60mph in 4.9 seconds and with a maximum speed extended to a limited 174mph (280km/h), this is the fastest Jaguar since the XJ220 supercar. With just 50 available in the UK, every XKR-S is already spoken for.

XJ
Sitting alongside the two XK models will be Jaguar’s acclaimed XJ 2.7-litre diesel, which was recently crowned ‘Britain’s Greenest Luxury Car’ for the second year running – voted for by the Environmental Transport Association. The award was given in recognition of Jaguar’s commitment to delivering CO2 and fuel consumption advantages** to XJ customers, with the development of an industry-leading diesel engine and the application of an advanced lightweight aluminium body structure.

XF
With over 7,000 orders in the bank in the UK and more than 21,000 worldwide, the introduction of the multi-award winning Jaguar XF has been a resonating success for the brand. Both the 4.2-litre SV8 and the 2.7-litre diesel XF will be on display at the show; the latter wearing ‘Car of the Year’ stickers to celebrate the What Car? magazine win earlier this year.

X-TYPE
Completing the Jaguar stand at the show will be the new X-TYPE Estate which now offers the combination of diesel power with automatic transmission – pairing the 2.2 litre diesel with a six-speed automatic, and the one-touch control of Jaguar Sequential Shift – broadening the new model’s appeal to buyers who previously could not have this combination in an X-TYPE.

The new X-TYPE automatic diesel – on sale from March – combines high levels of refinement with optimised performance and economy, and promises more choice and even greater luxury, to appeal especially to a younger, more family-orientated audience. With an even better value-for-money proposition for buyers, sales are up 41% versus 2007 since the March on-sale date.