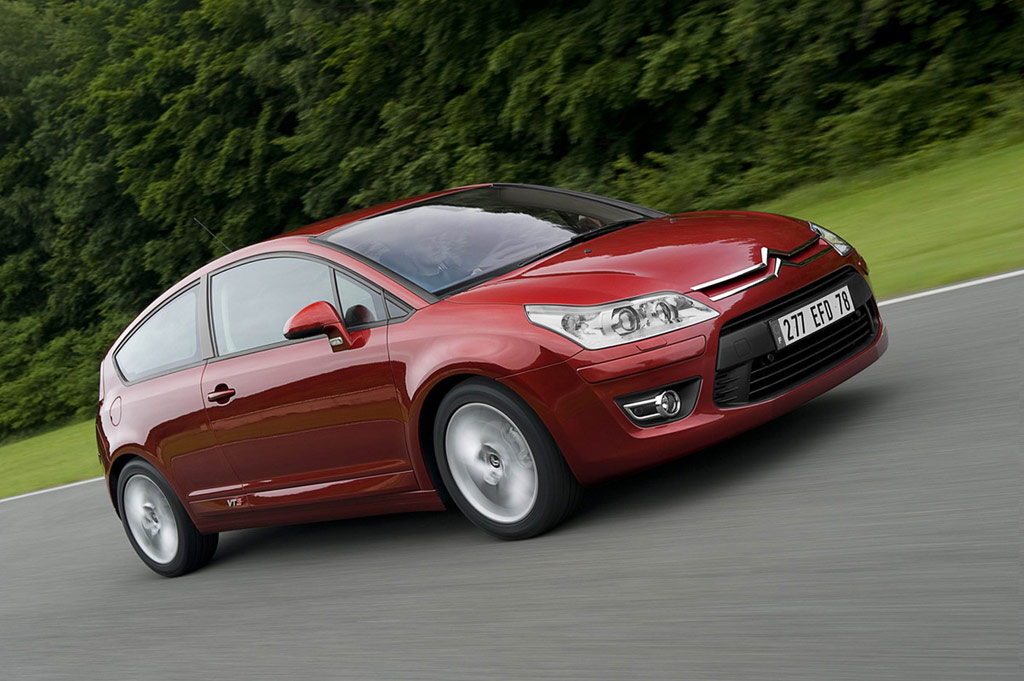 As sales of the Citroën C4 reach the 900,000 mark, first details are announced of an upgraded version, which will be available later in the year. Updated styling and the introduction of two new petrol engines, co-developed with BMW, will make the model even more alive with technology than ever before.

On the outside the C4 features a restyled front end, echoing the looks of the new C5. Offering a more prestigious look with added chrome touches, a new curvier bonnet and restyled grille the C4’s image is stronger and more dynamic. New alloy wheels and four new body colours set off the refreshed look.

Boosting the feeling of quality inside the cabin, the restyled C4 also benefits from an enhanced interior with new velour or leather upholstery together with special paint finishes and new premium grained trim on the dashboard and door panels. The rev-counter has been repositioned to the central translucent dashboard display so that all driving information is in one place.

The upgraded C4 has also been given a number of technology upgrades. Citroën’s latest Europe-wide navigation system, MyWay, has been introduced, which features a hi-resolution 7-inch colour screen, Bluetooth® and USB connectivity as well as an audio system with built in 10GB hard drive. Drivers can still benefit from the innovative equipment that has made the C4 such a success, like Xenon
dual-function directional headlamps, lane departure warning system, laminated side windows, speed limiter with cruise control and hill start assist.

Citroën are also installing 2 new 1.6 litre petrol engines which have been co-developed with the BMW group – the VTi 120 hp (Variable valve lift and Timing Injection) and THP 150 hp (Turbo High Pressure). These new units will be replacing the 1.6i 16V and 2.0i 16V respectively and offer improved fuel economy and lower emissions, whilst new low-rolling-resistance Michelin Energy Saver® tyres also improve efficiency