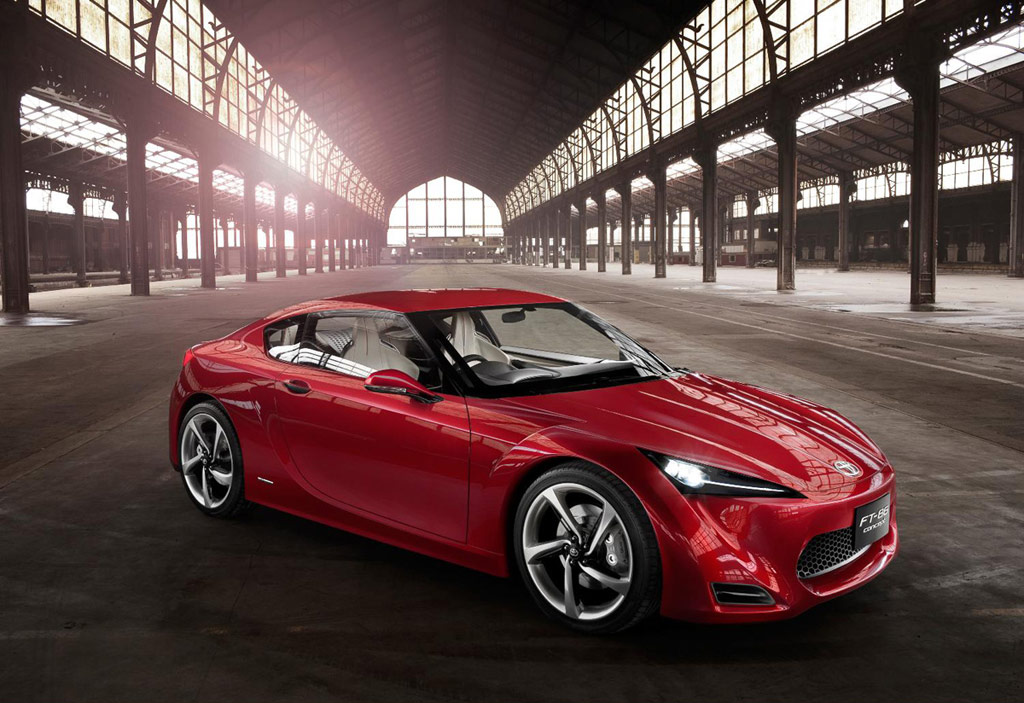 Celica, MR2, Supra, Corolla AE86: Toyota’s great driver-focused sports cars of the past have inspired its vision for a future-generation concept model that makes its European debut at the Geneva Motor Show.

In creating the FT-86 (Future Toyota-86) Sports Concept, Toyota has directly referenced the excitement and fundamental fun-to-drive quality that characterised the Corolla AE-86. In its day the AE86 became a must-have model for rallying and circuit racing, with its front-engine, rear-wheel drive powertrain, compact dimensions, light weight, impeccable balance and strong power to weight ratio. Even more than 20 years on from the end of production, it remains a popular choice with privateer rally teams.

Driver-oriented concept
The FT-86 is designed to deliver simple, dynamic power with environmental responsibility. It is an entirely driver-orientated car, engineered to capture the intrinsic joy of driving through precise, instantaneous responses to even the smallest throttle and steering inputs.

Rather than use a heavy, large displacement engine for performance, it is equipped with a free-revving 2.0-litre petrol unit with a six-speed manual gearbox with compact dimensions, light weight and a low centre gravity. Deployed in a front-engine, rear-wheel drive format, this powertrain delivers lively, accessible performance with engaging dynamic abilities and maximum driving pleasure.

Functional Beauty
Toyota’s ED2 European design and development centre dubs the styling of the FT-86 “Functional Beauty”, the classic sports car form having been generated entirely within the constraints of aerodynamics and function.

The low, highly aerodynamic bodyshell is stretched tight over the engineering hard points, and, measuring 4,160mm long overall, the bodywork has been rendered as compact as possible.

The cockpit is purely functional and ergonomically efficient, with widespread use of sporting, ultra-lightweight components and finishes that support the car’s balanced weight distribution and power to weight ratio.

Rather than treating the 2+2 interior design as a stylised addition to the cabin framework, a thin, tight-fitting skin has been applied to the essential cockpit components, as can be seen in the treatment of the dashboard and seat upholstery