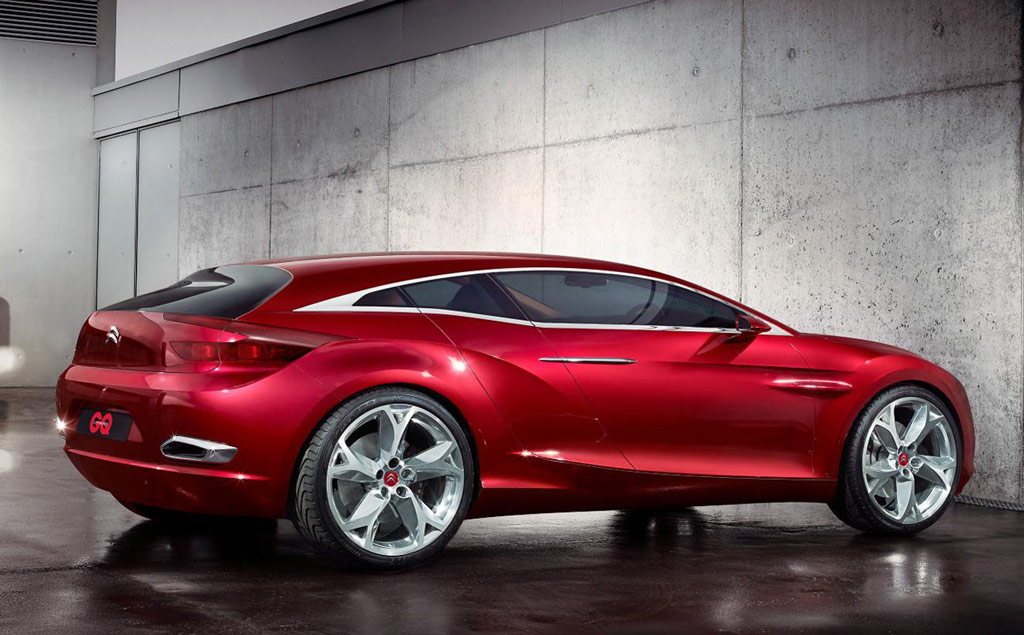 Citroën and GQ have revealed a unique and exciting automotive project – the GQbyCITROËN.

The GQbyCITROËN is a concept car born through a unique partnership between the UK’s market-leading quality men’s monthly and a team of Citroën designers, collaborating to create the ultimate gentleman’s drive. This is the first time a British magazine has collaborated with a car company in this way.

Responding to a brief by GQ’s editor, Dylan Jones, Citroën’s team, headed by British designer – and the man responsible for the new Citroën DS3 – Mark Lloyd, took a new look at the GT theme and integrated it with a typical Citroën design approach bringing GQbyCITROËN from design outline to concept reality.

The car’s cabin is accessed by rear coach doors and reveals a spacious, comfortable and futuristic cabin. Completing the car’s bespoke styling, the interior detailing and upholstery selections were provided by Patrick Grant, the Creative Director of prestigious Savile Row tailors, E.Tautz, who commented:

“Savile Row is all about balance and Tautz’s simple military inspired interior is the perfect counterpoint to the Gallic flair of the exterior.”

“I wanted something practical, something cool, and something idiosyncratic – i.e. something surprising that didn’t just look like a concept car. The GQ car needed to have the ‘want’ factor, but it also needed to look, feel and ‘drive’ like the sort of car no sane man could choose to ignore. We think it looks very very special.”

Dynamic performance and environmental responsibility were also key requirements for the project. The GQbyCITROËN concept car is powered by a plug-in Hybrid with a 1,598cc, 4-cylinder direct injection petrol engine offering a sporty 0-60mph time of just 4.5seconds, an electronically limited top speed of 155mph and CO2 emissions of just 80g/km.

“Where this car works so well with GQ is that it fits with the current attitudes of conspicuous consumption. It is understated rather than in-your-face and sleek rather than too macho. With the skills of a Savile Row tailor on the car’s interior we have also achieved that bespoke, fitted feel, both inside and out. For me, the car that has always represented the pinnacle of automotive excellence and refinement is the GT – the Grand Tourer. It is not the all-out sports car, rather it is something gentlemanly, it has performance and it is for travelling, not racing. We wanted to create something that, like GQ, was aspirational, but also retained the classic automotive ideals. We didn’t want a car for the mass market. We wanted a car for GQ.”