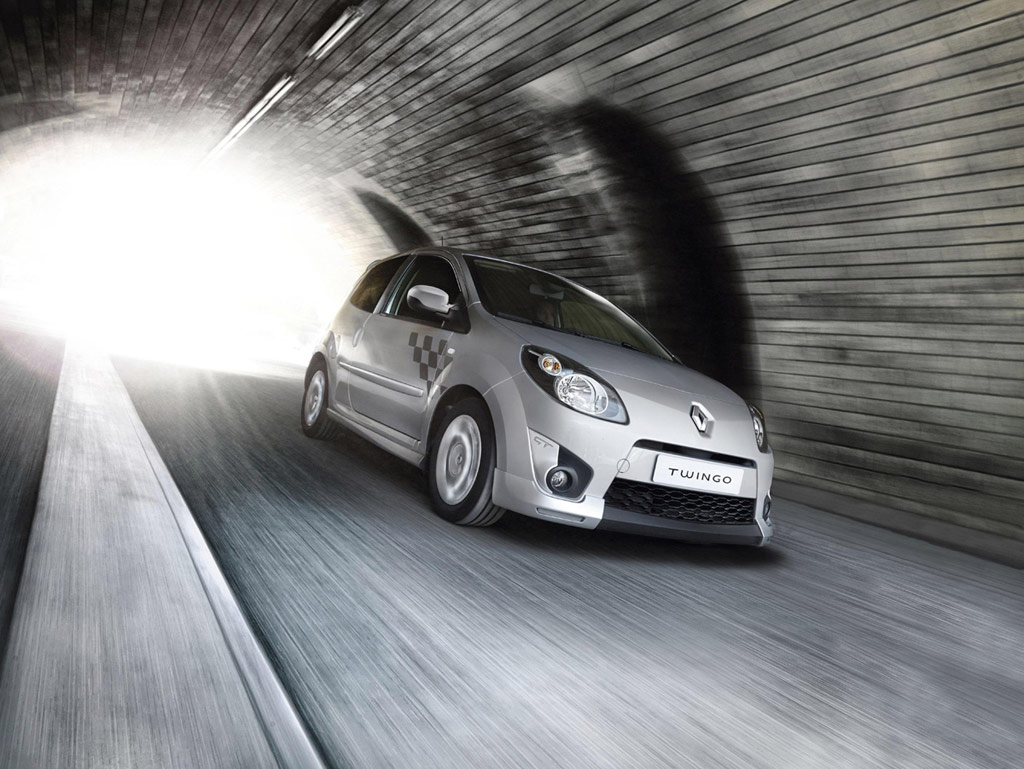 The new Renault Twingo range sees the introduction of a number of exterior styling changes, including the fitment of panoramic exterior mirrors and the dropping of the bumper that formerly equipped entry level versions.

In France, the range has evolved as follows:

The latter features the same specification as the limited edition version of the same name that was introduced in 2009.

As its name suggests, the Rip Curl equipment level takes its inspiration from the existing limited edition version of the same name. It replaces the Dynamique equipment level, from which it stands out by the incorporation of pearlescent black exterior mirror housings and foglamp back plates, painted side protective mouldings and “Rip Curl” decals/badging.

The cabin features an imitation leather instrument hood with visible red stitching, which echoes the leather-trimmed steering wheel and gear lever knob (with chrome insert). There are red details, too, for the instruments and climate control knobs (for further information, see equipment lists below). The upholstery is identical to that of the recent Rip Curl limited edition version.

The specification of the GT version is unchanged, while the revised high-end Initiale equipment level comes with new Haircell leather upholstery and visible chocolate-coloured stitching.

There are also two Renault Sport versions of Twingo:

Meanwhile, the Renault Twingo range is even more respectful of the environment, with reduced CO2 emissions for three of its engines:

The range of diesel-powered Renault Twingos continues to feature the dCi 65 Renault eco² and dCi 85 Renault eco² engines which both claim low CO2 emissions (respectively 113g/km and 104g/km), making them eligible for the €500 eco-bonus scheme in France.

The new range will go on sale from mid March in Twingo’s chief European markets, as well as in South Africa, Japan and France’s overseas departments. Prices remain unchanged in France,with the exception of the GT and Initiale versions which come down by €300 and €700 respectively.

Sales statistics and markets:
Renault Twingo is the European market’s third best-selling small city car, with a market share of 10 per cent and sales totalling almost 175,000 units in 2009. It tops its segment in both France and Belgium, and is third in Germany. In France, Renault Twingo was the best-selling compact city car for the second year running, and accounted for one sale in three in 2009, in a total market of more than 107,000 vehicles. It has continued to enjoy the same success during the early months of 2010, with more than 10,000 registrations for January alone.