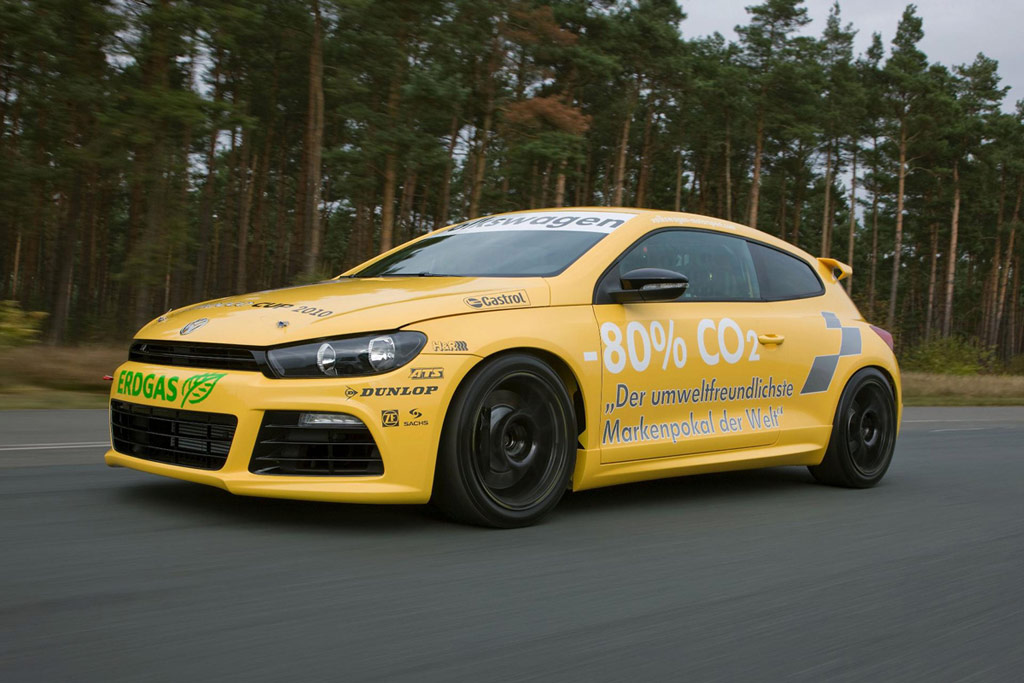 The new Volkswagen Scirocco R Cup will be staged as the partner series of the popular DTM during the 2010 season. Making its debut this season, the Scirocco R Cup will feature nine races over seven weekends, including a UK round at the famous Brands Hatch circuit.

The grid will be made up of 30 racers with a wide mixture of motorsport rookies, seasoned campaigners and horsepower legends as they fight for points and silverware at a high level. Their sporting equipment will be a racing version of the recently-launched Scirocco R, powered by an innovative biogas engine that achieves an 80 per cent reduction of CO2 emissions compared with conventional engines. This makes the Volkswagen Scirocco R Cup the most eco-conscious one-make cup racing series in the world.

‘We’re delighted about the opportunity to continue our partnership with the DTM series in 2010. This is a relationship that we have enjoyed with the Lupo and Polo Cups ever since the comeback of this successful racing series in 2000,’ explained Volkswagen Motorsport Director, Kris Nissen. ‘With the new Scirocco R Cup, we will continue our long-standing commitment to promoting young talent and making new marks with innovative biogas power. The DTM with its huge popularity offers an unrivalled stage for this.’

The Scirocco R Cup will make its UK debut appearance at Brands Hatch over the weekend 3-4 September 2010.