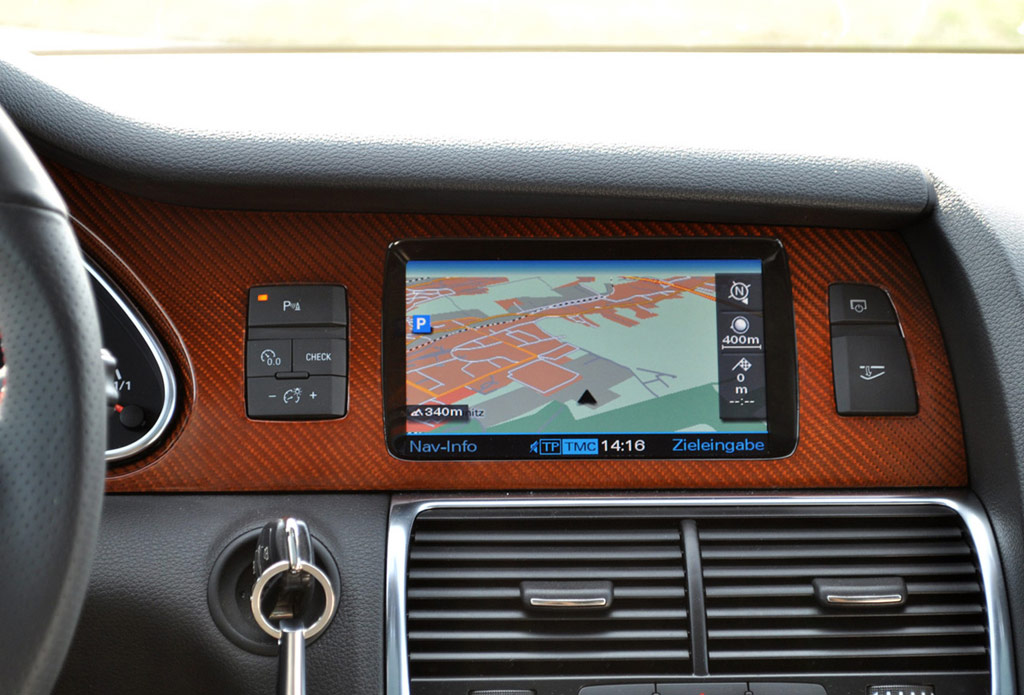 Without question: the formidable but equally stylish Audi Q7 always has an imposing appearance and cuts a fine figure both on the promenade and on long stretches of motorway. The large Ingolstadt car does not even shrink from light offroad excursions and can therefore can be recommended for (almost) all cases.

V12 look for all
ENCO Exclusive from Chemnitz however saw further potential for optical and technical improvements to the high calibre SUV. The Saxons trimmed the front and back of a Q7 3.0 TDI from the first series with original Audi parts in the style of the V12 top model, which lends the Audi an enormous lasting prestige. The giant radiator grill looks like a mouth ripped wide open from the inside mirror, which seems to want to “absorb” small cars in front of it. In addition the spot lights from the face lift model were used at the front and back, which modernises the face of the sports utility vehicle. The widening of the wheel arches which gives the ENCO Q7 an even more broad-shouldered appearance were of course specially constructed to be used together with the V12 components as well as the original S line package. Like the rest of the giant body, the ENCO GT bonnet, made completely of carbon fibre with built-in ventilation slits, was covered in a matt black foliation, which gives the Q7 the stealth look that is currently so popular.

Ceramic stopper behind 23 inch wheels
Of course, the ECO Q7 has the in-house Jura rims which are used in the impressive size of 11×23 inches and are painted with the “black chrome” finish. Dunlop SP Sport Maxx tyres, fitted onto the one piece, dimensions 315/25R23, provide contact with the road. The observer’s gaze will move from the chic wheels to the yellow saddle of a ceramic braking system. The sinfully expensive performance stoppers were transplanted from a Porsche Cayenne and bring the heavy Q7 safely to a standstill under any conditions. The Audi is lowered by means of a lower suspension setting module for the standard airride system.

Coloured carbon
Typically for ENCO, the interior was also finished with various carbon parts. ENCO boss Jens Engelmann focussed on colour, decided on bronze carbon look applications, which were used in the dashboard, middle console, door coverings and in the newly designed sports steering wheel. Additionally, you will find a multimedia system with DVB-T tuner on board for terrestrial digital television, a DVD player, a games console and a head rest monitor in each front seat.