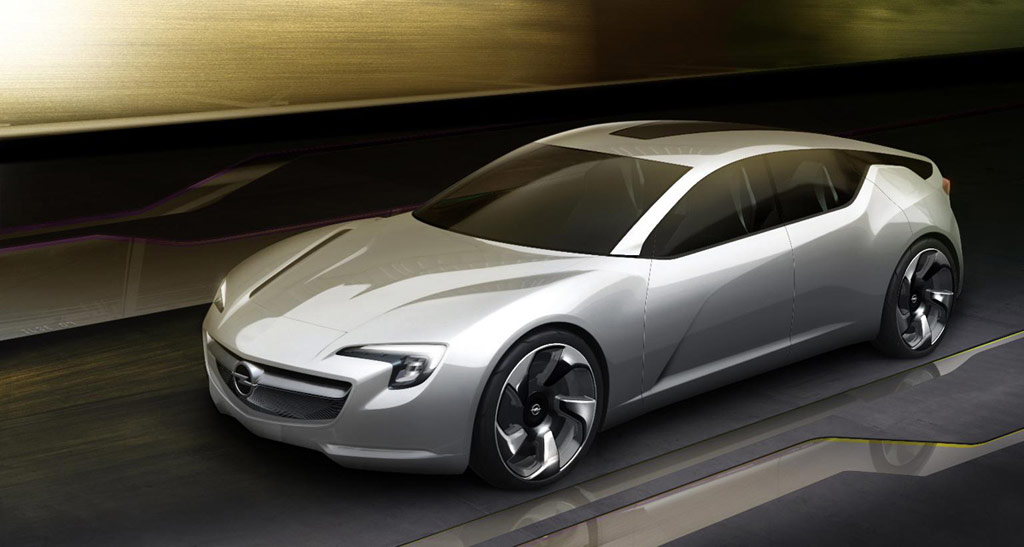 Vauxhall will unveil a dramatic concept car at this year’s Geneva Show that is set to boost its credentials as a leader in environmental vehicles. The Flextreme GT/E illustrates how extended-range electric vehicle (E-REV) technology can be plugged into large or mid-sized vehicles, as well as compact cars, like the upcoming Ampera.

Vauxhall calls the strategy underpinning Flextreme GT/E, ‘e-mobility unlimited’, which will effectively adapt the highly efficient E-REV drive system to vehicles across all market segments. In other words, the Flextreme GT/E concept shows that size really doesn’t matter when it comes to driving a car with zero C02 emissions.

Sleek and aerodynamic, the Flextreme GT/E achieves a projected drag co-efficient of just 0.22, allowing it to reach an estimated top speed of 125mph-plus while conserving energy and extending the driving range. Stand-out visual features include a low, wide stance, wing-shaped lights front and rear, a distinctive nose and grille, ‘floating’ C-pillars and muscular, sculptured bodywork.

Exterior design
The clean frontal styling features a low bonnet line and an extended nose section, which is clasped by wing-shaped, signature LED headlamps, which are in turn carved into the front wings and across the bonnet line. The new trapezoidal grille is slim but bold, with the prominent wing-shaped chrome bar carrying a large Vauxhall emblem, which doubles as a socket for charging the Flextreme GT/E’s battery pack.

The upper section of the grille is used to admit cooling air, the lower portion being covered by a translucent panel. The absence of additional air intakes allows a low frontal area for aerodynamic efficiency and also enables the Flextreme GT/E to meet future pedestrian protection requirements.

The sculpted bonnet, with a Vauxhall-signature central crease line, features narrow longitudinal vents on either side to draw air out of the engine compartment. The muscular wings and wheel-arches sweep back into the side-body.

In profile, the Flextreme GT/E is distinguished by innovative, stubbed C-pillars. This floating design allows the glasshouse to be extended rearwards under the arching roofline, emphasising the flowing lines of the side-body. Vauxhall’s signature blade motif is reinterpreted in a swooping swage line from the base of the C-pillar into the lower front wing.

Access to the cabin is enhanced by the adoption of rear-hinged rear doors, an evolution of the FlexDoors concept from the new generation Meriva. To preserve the clean exterior looks, all door handles are replaced by light sensors. These trigger the doors to open when covered by the driver’s or passenger’s hand. To reduce air turbulence, exterior front door mirrors are also absent, replaced by small camera pods in the base of the A-pillars.

At the rear, a strong shoulder line embraces sculpted wheel-arches that further emphasise the Flextreme GT/E’s wide, ground-hugging stance. The coupé look is completed by a steeply raked tailgate, carrying wing-shaped LED light units which echo the form of the front headlamps. And taking a leaf from the Insignia Sports Tourer’s book, the tailgate has a wraparound design for improved boot access, enhanced by a convex deep glass screen to improve airflow.

The transparency of the fixed glass panel in the centre of the roof is adaptive, allowing sunlight to warm the interior in the cold of winter, but darkening for coolness in summer. A duct at the rear edge of the roof is for additional cooling of the battery and electronic components.

Managing airflow and saving weight
Integral to the Flextreme GT/E’s dramatic looks is the efficiency of the design execution. The small frontal area, low roof height (1308 mm) and a flat, enclosed underbody all enable the car to cleave the air with a minimum of disturbance.

The small front intake improves airflow around the nose of the car and the underbody sweeps up, venturi-like, at the rear to further reduce drag.

The Flextreme GT/E also explores the potential for active shape shifting. At speeds above 30mph, a vertical panel extends along the body from the air extraction slot behind each rear wheel-arch. These 350 mm-long side spoilers guide high-speed airflow around the rear corners of the car, further reducing the amount of turbulence.

Mass reduction measures for the body include the use of lightweight, carbon composite outer panels, polycarbonate window glazing and aluminum alloy structural components. Compared with conventional materials, these offer a 40 per cent weight saving which further contributes to reduced energy consumption and an increased driving range.

Powertrain
The Flextreme GT/E concept also includes the groundbreaking E-REV drive system, already developed for the Vauxhall Ampera. Despite its greater size and a maximum speed of more than 125mph, the Flextreme GT/E is estimated to offer performance similar to that of the Ampera: a battery-powered driving range of up to 40 miles – with zero CO2 tailpipe emissions – and a total range of over 300 miles. Average fuel consumption is estimated at 175mpg, with CO2 emissions of less than 40g/km.

Unlike a hybrid vehicle, the wheels of the Flextreme GT/E are powered at all times by electricity. For typical journeys up to 40 miles, energy is supplied by a T-shaped lithium-ion battery pack located under the floor and rear seat.

However, unlike a battery-only electric vehicle, the Flextreme GT/E eliminates any possibility of range anxiety through fear of being stranded without power. The small petrol engine/generator is seamlessly engaged to provide electricity whenever the battery’s supply becomes depleted. In this mode, the driving range is extended to more than 300 miles, until the plug-in battery pack can be recharged or the car is refueled.

The motor in the electric drive unit delivers a substantial 370Nm of instant torque, giving lively performance and projected zero to 62mph acceleration in less than nine seconds.

The Flextreme GT/E concept is a logical next step towards Vauxhall’s emerging strategy for the electrification of the car, which will in time include products using battery, extended-range, hybrid and fuel cell technologies.