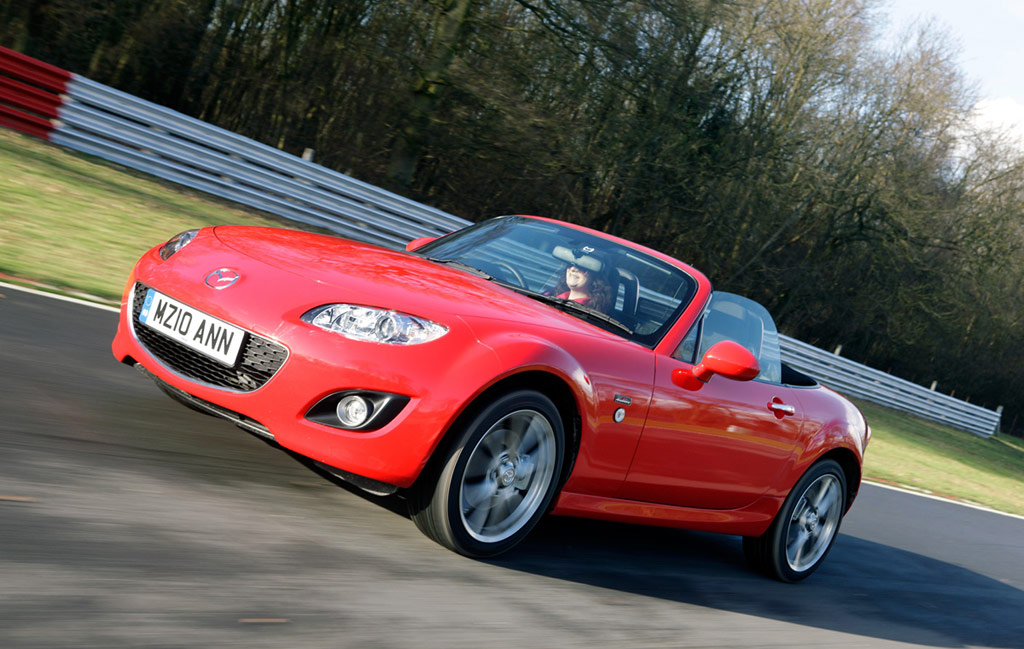 In the true spirit of the original, the new Limited Edition model is based on the purest, back to basics MX-5, the entry-level soft-top 1.8 SE convertible, offering the best, fun-to-drive thrills along with a truly rewarding motoring experience.

MX-5 20th Anniversary drivers benefit from the generous specification of the SE model, on which it is based, ensuring comfort and convenience are not comprised. Featuring as standard, electric and heated door mirrors, electric windows, remote central locking with deadlocks and remote boot release. The Limited Edition model also boasts a stylish, modern cabin with a leather steering wheel, gear knob and hand-brake, plus an MP3-compatible Radio/CD audio system with six speakers, steering wheel controls and an auxiliary (AUX) input jack for MP3 and iPod connection.

The Mazda MX-5 20th Anniversary model is powered by a 126ps, 1.8-litre petrol engine driving the rear wheels through a five-speed manual gearbox. Sportscar handling and legendary agility are complemented by a lively performance – 0-to-62mph in 9.9 seconds and a top speed of 121mph – and environmentally responsibility with modest CO2 emissions (167g/km) and a combined fuel economy of 40.4 mpg.