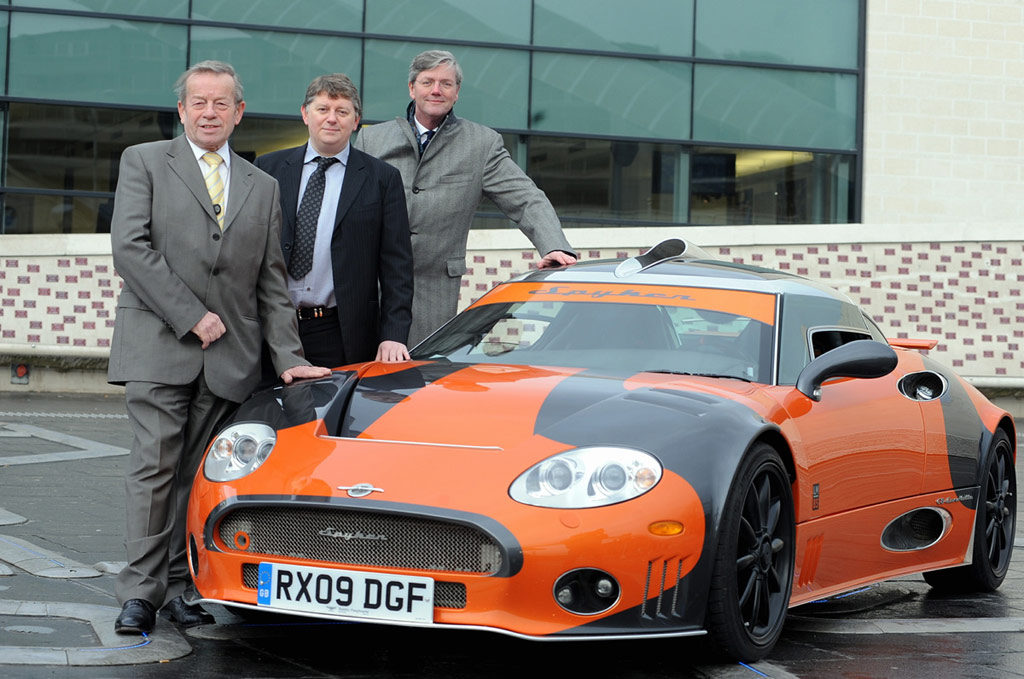 Work to produce some of the world’s leading supercars in Coventry has started. Dutch firm Spyker Cars N.V. (“Spyker” or the “Company”) has switched the assembly of its new Aileron supercar from Zeewolde in Holland to a new plant at CPP (Manufacturing) Limited (“CPP”) where the first cars have gone into production today. In order to meet new production targets, CPP will look to create around 40 new jobs taking its workforce to approximately 150.

Today’s news follows Spyker announcement last November and is in line with the company’s strategy to scale up production and reduce, where possible, costs related to the manufacturing process.

Company founder Victor Muller and the Spyker Chairman Vladimir Antonov, along with Brendan O’Toole, Managing Director of CPP, today visited the Coventry plant where the assembly line is located.

Spyker production capacity can reach five cars a week in one shift at the new plant. CPP has established a new bespoke 20,000 sq. ft. assembly plant close to its headquarters on Wheler Road in Coventry.

Muller said the move was a “landmark in the history of Spyker” which was originally founded in 1875.

“This move makes sense on many different levels. CPP has been producing our body panels for 10 years and we have an extremely close working relationship with the company. More than half our components are sourced from the UK, so moving here will bring us considerable efficiency savings which is vital for a car company of our size. In addition, this area has probably the richest heritage in car production of any region in the world. CPP has shown that the tradition of quality is very much alive and well in the Midlands region and in Coventry in particular, and that can only bring benefits to us. Coventry has been at the forefront of quality automotive design and production and Spyker wants to be a lasting part of that. We are already starting to establish links with the two universities in the city. This marks a new and very exciting era for Spyker.”

CPP produced the first prototype cars for Spyker when Muller resurrected the brand in 2000 and works with a host of leading motor manufacturers. O’Toole commented:

“Against a general backdrop of decline in UK car manufacture in recent years, today provides very positive news not just for CPP but importantly for Coventry. Spyker is a world renowned name in the design and production of exclusive cars and CPP is extremely pleased to now be playing a larger part in that success story. We have established a very good working relationship over the last decade and today’s announcement allows us to take this relationship to the next exciting stage. Spyker fully recognises the expertise that exists within CPP but also in this area of the UK which has a very rich and proud tradition of automotive manufacturing.”