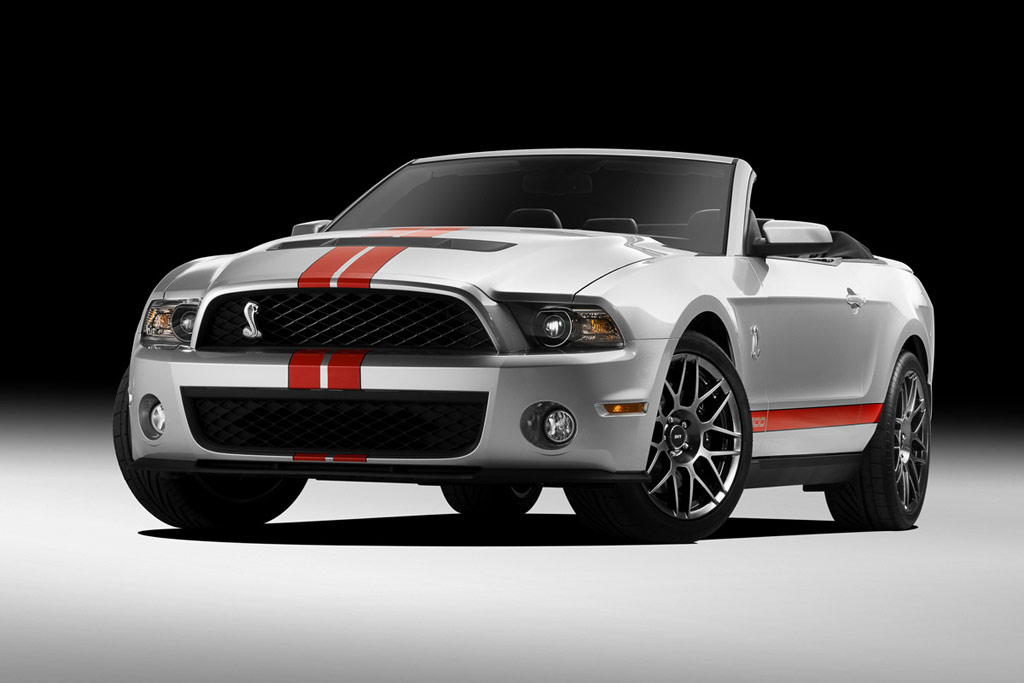 Ford’s Special Vehicle Team (SVT) engineers are taking high performance to a new level with the 2011 Ford Shelby GT500, resulting in a car that has an all-new aluminum-block engine, even better driving dynamics and handling, improved fuel economy and more horsepower than ever.

“The SVT team continues to push the performance standards of the Shelby to even higher levels and better refinement,” said Jost Capito, director of global performance vehicles and motorsports business development. “All the changes we made reflect a desire for even better handling and outstanding driving dynamics – from weight savings to improved balance.”

“Cutting weight to improve performance is a tradition among hot rodders,” said Carroll Shelby, founder of Shelby American. “It might not be as sexy as adding more horsepower or bigger brakes, but shaving pounds off of a car is the single smartest move you can make.”

This is the first Ford application of the technology, and it offers improved overall performance and durability, along with functional benefits of reduced friction between piston rings and cylinder bores, improved heat transfer due to increased surface contact area and a weight savings of 8.5 pounds compared to a typical steel-sleeved aluminum block. A mechanical roughening process provides higher material adhesion for the spray coating.

The PTWA process uses air and electricity to create a plasma jet of 35,000 degrees Fahrenheit, which melts a steel wire that is fed into a rotating spray gun. Using atomized air, the melted steel wire is blown into a specially machined surface of the aluminum-block engine cylinder bore. In the process of melting and applying the metal to the surface, the steel wire oxidizes, creating a composite coating consisting of both iron and iron oxide.

“Ford’s Global Research and Advanced Engineering looks to all industries for advanced technologies – and this comes from aerospace. It’s the same technology you would find on aircraft engines,” said Glenn Jorgensen, SVT powertrain team leader. “We’ve invented a coating as a replacement for cast iron that delivers improvements in power and performance and fuel economy.”

The new engine also has its roots in the iconic Ford GT. The new 5.4-liter engine is an evolution of the GT engine, with improved block structure through the use of a unique bulkhead chilled process and six-bolt billet main bearing caps. This new advanced engine will exceed Ford GT performance with its traditional supercharger technology.

“The Ford GT has solidified itself as one of the world’s most coveted supercars. To make improvements to the engine from this supercar and make it available in a Mustang is impressive,” said Kerry Baldori, SVT global performance vehicle chief functional engineer. “The aluminum-block engine is robust and strong enough to produce the performance numbers and durability our customers demand.”

Increased power and increased fuel economy
The 2011 Shelby GT500 combines power and fuel economy into one impressive package. This 2011 Shelby GT500 will be the first modern Shelby without the gas guzzler tax, thanks to the EPA-projected 23 mpg highway and 15 mpg city it will deliver. This is up from 22 mpg highway and 14 mpg city for the 2010 model.

The 5.4-liter V-8 achieves 80 percent of its torque between 1,750 and 6,250 rpm, giving the car a higher level of performance feel. A larger two-row intercooler for the supercharger system has 40 percent more cooling capacity, helping to make power more consistent in higher ambient conditions.

Fuel economy gains come from the new 102-pound-lighter aluminum-block engine, EPAS and detailed aerodynamic changes to the underside of the vehicle.

Dramatic performance upgrades
New for 2011 is an SVT Performance Package for enthusiasts who want even more performance out of their Shelby GT500 for racetrack-ready driving dynamics. Complete with all-new Goodyear Eagle® F1 SuperCar G: 2 tires that SVT engineers worked directly with Goodyear to develop, the car is ready to race. The tires offer superb dry traction and precise handling, complete with a race-inspired high-performance tread compound.

The optional package also offers unique styling, lighter wheels, a higher rear axle ratio and stiffer springs, and it is available on both the convertible and coupe. Data show the 2011 coupe with the SVT Performance Package is 3.0 seconds faster per lap than the 2010 Shelby GT500 on a 2.3-mile test track.

Carried over from 2010, the 2011 Shelby GT500 features AdvanceTrac®, Ford’s stability control system with several options for performance. Calibration of the system for the 2011 Shelby has been uniquely tailored to each vehicle configuration (base or optional) to optimize the performance.

SVT has worked very hard to make EPAS better than the outgoing hydraulic steering system. The addition of EPAS makes for a dramatic contribution to Shelby GT500 driving dynamics, with improved torque build-up and road feel that delivers quicker and more precise steering, increased effort on the racetrack or winding roads, and reduced effort in low-speed parking maneuvers.

Slotted brake dust shields were added to improve brake cooling and handling, and a new pedal box improves clutch and pedal efforts even more. A lowered ride height of 11 millimeters in front and 8 millimeters at the rear provides a sportier attitude and improved handling.

More engine sound, less road noise
For 2011, Shelby GT500 also benefits from NVH (noise, vibration and harshness) improvements. Overall road noise is reduced by 20 percent versus the 2010 Shelby. Actions undertaken to achieve this improvement include additional sound-deadening material on either side of the instrument panel, additional sound absorption behind interior trim panels, and a rear wheel arch liner to reduce noise on gravel or wet surfaces – all resulting in the driver hearing more exhaust and engine sound and less road and air noise.

The Shelby GT500 convertible model features enhanced structural rigidity, with lateral stiffness improved by 12 percent versus the 2010 model. The V-brace has been stiffened by adding gussets. The secondary crossmember also has been stiffened, while a front Z-brace has been added, connecting primary and secondary crossmembers. A-pillar stiffening foam has been added to increase rigidity.

“One of the biggest changes for this Shelby is that the convertible acts and feels like a coupe,” said Jamal Hameedi, SVT chief nameplate engineer. “Before, they had a very different character, and the convertible is taking a big step in the sportiness and handling precision area, without degrading the ride.”

GT500 gets a new exhaust for 2011, roaring with an even more aggressive sound than the 2010 model. The 2.75-inch exhaust with all-new tuning helped to deliver the additional 10 horsepower.

Added convenience content
New for 2011 is an optional glass roof, providing customers with a less expensive option than a convertible and without compromising the coupe’s versatility, headroom or climate-controlled environment.

Other new convenience technologies include:

“Whether you’re looking to take the GT500 out on the streets or have some fun at the track,” Capito says, “this car will satisfy the most discriminating performance driving enthusiasts.”