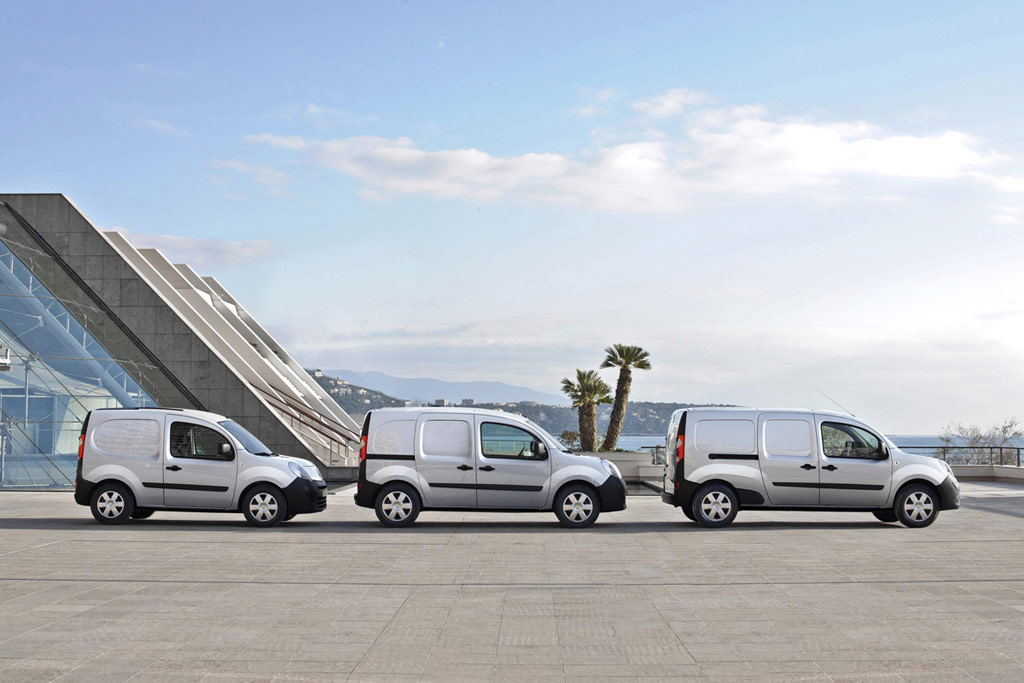 Extended by almost 39cm, the new model is available as either a two-seater or a five-seater. It offers a useful load volume of up to 4.6m3 and a maximum load length at floor level of 2.9 metres. Renault Kangoo Express Maxi features an even more modular interior, as well as a choice of fuel-efficient powertrains.

Boasting an extra cubic metre of load volume over and above that of Renault Kangoo Express, the new model’s load capacity rises all the way to 4.6m3, for a payload of 800kg. In terms of towing capacity it can handle a braked trailer weight of 1.05 tonnes.

Aimed principally at business users seeking maximum load volume and flexibility within a compact footprint, Kangoo Express Maxi is available with either two or five seats. In certain markets the five-seater model will be available in “Cabine Approfondie” form. Each of these versions offers unprecedented flexibility to adapt to every type of need:

Renault Kangoo Express Maxi is a business tool that majors on economy, with a range of lowconsumption diesel engines boasting CO2 emissions among the lowest on the market. The 1.5 dCi 85 powerplant returns average combined cycle fuel consumption of 5.3 litres/100km, and less than 6 litres/100km on the urban cycle. This engine is available for both the two- and five-seater versions and emits 140g of CO2 per kilometre.

As with the entire Renault light commercial vehicle line-up, Kangoo Express Maxi can be equipped with the Carminat TomTom® navigation system allowing business itineraries to be optimized and unnecessary mileage to be avoided (for further information, see the Carminat TomTom® press release dated February 8, 2010).

With the launch of this new addition to its light commercial vehicle family, Renault can now boast a comprehensive and well-structured range of compact vans available in three different lengths.

Launching from end of April 2010, New Renault Kangoo Express Maxi is assembled at the MCA Maubeuge plant, in France, and will give Renault a highly competitive presence in the growing segment for big volume compact vans.