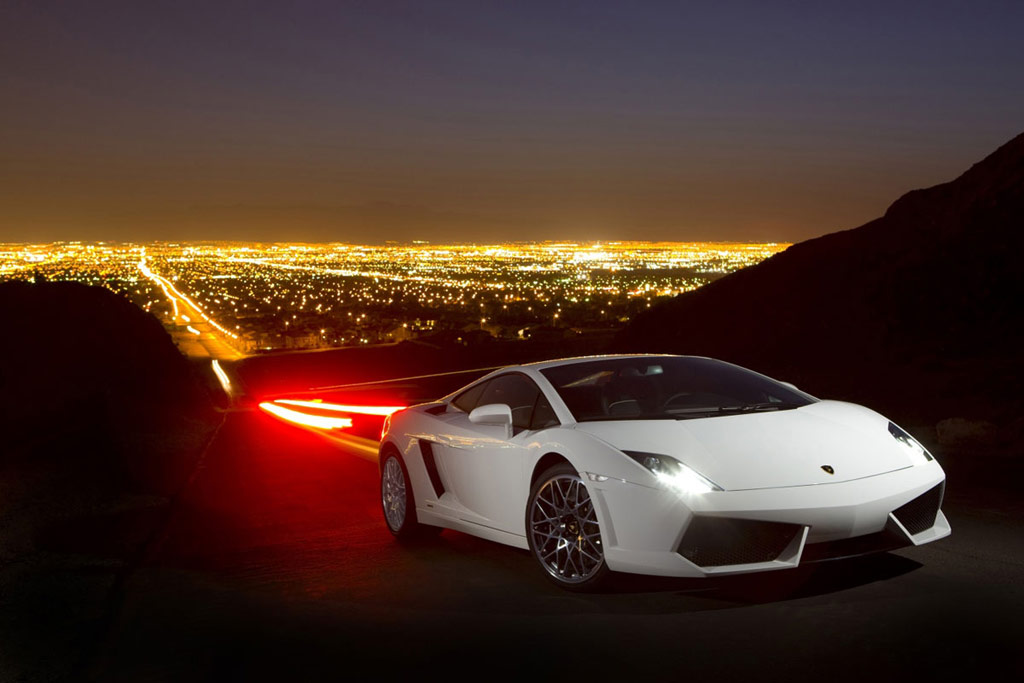 The price of the new Lamborghini Gallardo Coupé LP560-4 in the UK has been confirmed. The new car, first shown at Geneva Motor Show in March 2008, replaces the original Gallardo Coupé launched in 2003. With 40 hp more power than the previous car, enhanced acceleration from 0-62 mph of 3.7 seconds, and a top speed in excess of 200 mph, the new car is priced at £147,330.00 on the road, including NavTrak vehicle tracking system and delivery package.

The Gallardo Coupé LP560-4 is so named due to its engine position – Longitudinale Posteriore – and its power output of 560 hp. With 40 hp more than the previous Gallardo and a 20 kg reduction in weight, the power:weight ratio is improved to 2.5 kg per hp. The ‘4’ refers to the Lamborghini product feature of permanent four-wheel drive.

The LP560-4 comes with a new V10, 5.2 litre direct fuel injection engine: ‘Iniezione Diretta Stratificata’. Despite its increased power, fuel consumption and CO2 emissions have been reduced by 18%. With its new engine, permanent four-wheel drive transmission and new suspension, it delivers significantly enhanced performance and dynamics. Lamborghini’s engineers have also improved traction, handling and stability at high speeds, with the new transmission, new suspension, optimised aerodynamics as well as the reduced weight and decreased friction between the components, all contributing to the overall improvements in the vehicle.
“The new Gallardo Coupé 560/4 is a significantly enhanced version of what was already an extreme car,” said Stephan Winkelmann, President and CEO of Automobili Lamborghini SpA. “With an even more sharply defined character, the new Gallardo LP560-4 is also innately elegant and sensitive: the uncompromised expression of an uncompromised lifestyle.”

The Gallardo Coupé LP560-4 is a successor of the most successful Lamborghini model of all time. Approximately 7100 Gallardo models have left the Sant’Agata Bolognese production plant since the coupe’s original launch in 2003.

The Gallardo Coupé LP560-4 will be available to view from late June in the UK’s dealerships in London, Birmingham, Manchester and Edinburgh, with customer deliveries commencing in the summer.