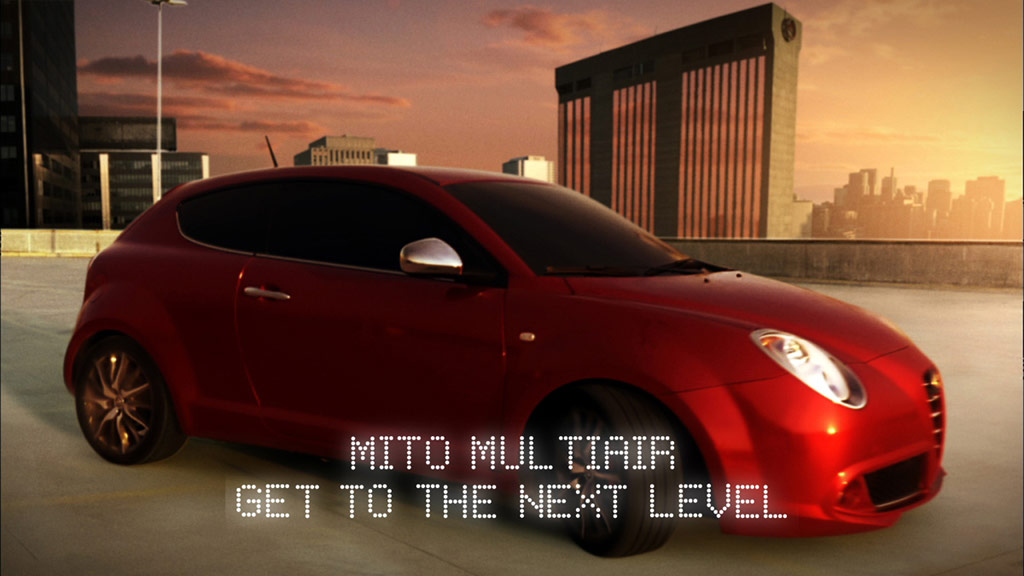 The intergalactic ‘fix’ of retro-gaming sees an Alfa MiTo skilfully eliminating the ‘invaders’ – which in this case are fuel pumps and toxic barrels – with lasers fired from its headlights.

The MultiAir range introduces the 1.4-litre 135 bhp Alfa MiTo Lusso and Veloce as well as the 170 bhp 1.4 Alfa MiTo Cloverleaf model complete with active suspension. All versions include Start&Stop technology.

Capable of reaching 62mph from a standing start in just 7.5 seconds, the range-topping Alfa MiTo Cloverleaf has a top speed of 136mph and a striking combined cycle official fuel economy figure of 47.1 mpg. These high-tech MultiAir engines also produce amongst the lowest CO2 levels of all Alfa MiTo petrol models.