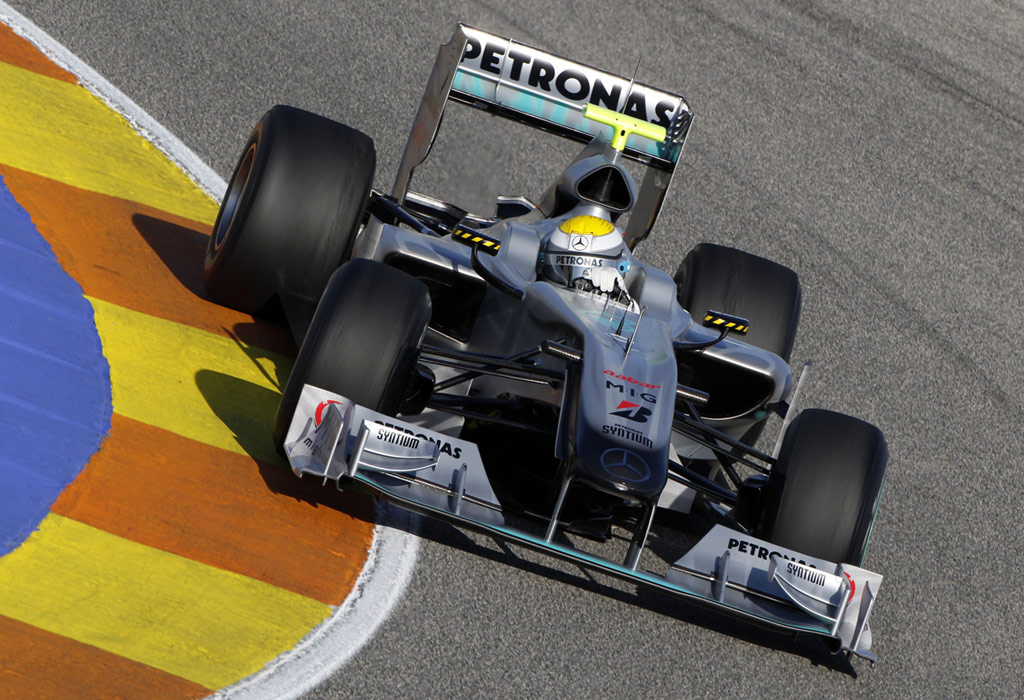 MERCEDES GP PETRONAS is pleased to confirm that Nick Heidfeld will join the team as Reserve Race Driver and Test Driver for the 2010 Formula One season. Nick will therefore complete the MERCEDES GP PETRONAS driver line-up with race drivers Michael Schumacher and Nico Rosberg.

Like Michael Schumacher before him, Nick is another former Mercedes Junior who returns to his motorsport roots. After winning the 1997 German Formula 3 Championship, as a junior driver supported by Mercedes, Nick tested a McLaren-Mercedes Formula One car for the first time.

Nick was the McLaren-Mercedes test driver for the 1998 and 1999 seasons, during which time he had two successful years in Formula 3000, as runner-up in 1998 and winning the Formula 3000 Championship, held alongside the Formula One races, in 1999.

“I am very pleased to be joining the MERCEDES GP PETRONAS Formula One Team. It’s the team which has attracted the most interest in the close season, not only because of the comeback of Michael Schumacher, but also because this season sees the return of the Silver Arrows cars as a Mercedes-Benz works team for the first time in over fifty years. Whilst I would of course have preferred a seat as an active driver, I am really proud to be part of the new Silver Arrows team. I have seen how committed everyone at the team is and I feel the same. I will be doing my very best to support Michael and Nico this year.”

“It’s a great pleasure for us to have signed a driver of the calibre and experience of Nick Heidfeld as our Reserve Race Driver and Test Driver for the 2010 season. Nick has over ten years of experience in Formula One working with established teams and he will be a great asset to MERCEDES GP PETRONAS. I am confident that his input into the development of our MGP W01 car will be invaluable. We look forward to welcoming Nick to MERCEDES GP PETRONAS and working closely with him.”

“To sign Nick Heidfeld as Reserve Race Driver and Test Driver for MERCEDES GP PETRONAS Formula One Team means another re-enforcement for our team. We have known each other for many years and Nick was supported by our junior drivers programme from 1997. During his 10 years in Formula One, circumstances often made it difficult for him to achieve his breakthrough. However Nick is extremely capable, he will be an asset to our team and he’ll show this.”