wp booster error:
The path of the tdb_template_33543 template not found. Did you disable a tagDiv plugin? The MINI Countryman - Car Daily
CLOSE
Welcome! Log into your account
Forgot your password?
Recover your password 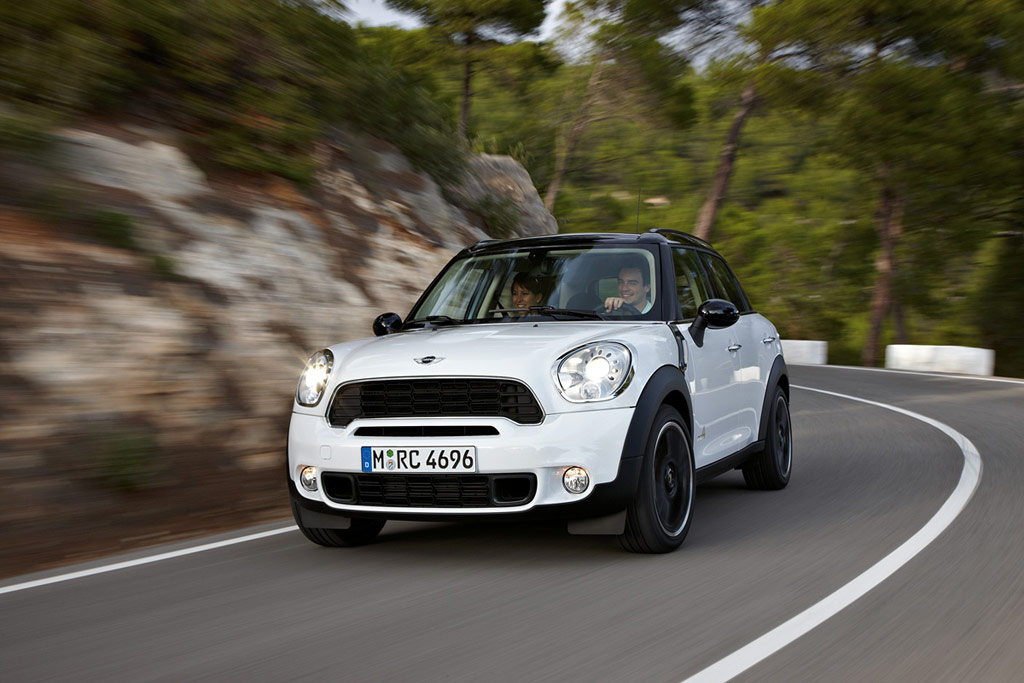 MINI is adding a fourth model to the family, opening up a new dimension of that unmistakable MINI feeling. As a genuine Crossover, the MINI Countryman bridges the gap between the classic concept of the MINI and a modern Sports Activity Vehicle. Boasting enhanced opportunities in urban mobility and beyond, the MINI Countryman offers that unique driving pleasure so typical of MINI to new target groups requiring extra space and flexibility. As the first model in the MINI range with four doors and a wide-opening rear lid, the MINI Countryman provides even greater freedom of space for truly versatile use, a slightly elevated seating position, and optimized driving comfort. Full integration of the passengers within the vehicle creates that driving experience so typical of MINI. And at the same time the MINI Countryman maintains that go-kart feeling likewise so characteristic of MINI, optional MINI ALL4 all-wheel drive offering an additional highlight for the genuine connoisseur. In a nutshell, therefore, the MINI Countryman offers all the characteristic features of the brand in terms of design, premium quality, handling, efficiency and customisation in new, fascinating style.

The MINI Countryman carries on the design of the brand in superior style and quality, combining larger body dimensions, greater ground clearance and four doors at the side with those unmistakable design features so characteristic of MINI. Short overhangs, a high window line, powerful stance on the wheels, and window graphics extending round the entire car create those unique proportions so typical of MINI. At the same time the MINI Countryman re-interprets the characteristic icons of a MINI such as the roofline, the hexagon radiator grille, the large headlights integrated in the engine lid, the surrounds on the side direction indicators, the voluminous wheel arches and the upright rear light clusters in new style and class.

Proceeding from that design language so typical of MINI, the MINI Countryman authentically visualises the particular features of this very special car. Positioned almost upright, the front end bears out strong presence and serves to optimise pedestrian safety. The extra space within the car, in turn, is emphasised by extra-large windows, the introduction of four doors, and the individual shape of the roof. The particularly wide frame around the lower part of the body and the powerfully flared wheel arches highlight the robust character of the car and its all-wheel drive. With that typical MINI style now being conveyed to a new segment in absolute clarity and precision, the MINI Countryman stands out from the start as a brand-new, highly innovative model but is nevertheless clearly identifiable from the very beginning as a genuine MINI.

Within the interior again typical of the brand, the MINI Countryman boasts innovative design and function elements throughout. The slightly elevated seating position guarantees comfortable and pleasant access to the car, optimises the driver’s all-round view, and underlines the powerful character of this new model. The Central Display and air vents are surrounded by coloured rings. The MINI Center Rail quite unique the world over, extending from front to rear instead of a conventional centre console, opens up new, individual options for integrating all kinds of storage boxes, cupholders, external audio devices, mobile telephones and other comfort features. Flexibly positioned clip-in elements enable the driver and passengers to subdivide the storage boxes individually as required, keeping travel utensils within easy reach, wherever they are required. At the same time the Center Rail forms an unconventional, visual and functional connection between the front seats and the rear passenger compartment.

The MINI Countryman comes as standard with four seats, while a three-seat bench is available as a no-cost option. The interior offers superior comfort also on long distances, with generous legroom, headroom and shoulder freedom. The rear seats move fore-and-aft either individually or in a 60 : 40 (three-seat bench) split, the backrests may be tilted for angle either individually or in a 40 : 20 : 40 (three-seat bench) arrangement, increasing capacity in the luggage compartment from 350 to 1,170 litres (12.2–41.0 cu ft).

The MINI Countryman is entering the market with a choice of three petrol and two diesel engines, all coming in the new generation of power units developed with the full know-how of the BMW Group and naturally complying with the EU5 and, respectively, ULEV II emission standards. The power range extends from 66 kW/90 hp in the MINI One D Countryman all the way to 135 kW/184 hp in the MINI Cooper S Countryman. The 1.6-litre four-cylinder petrol engine in the top model comes for the first time not only with a twin-scroll turbocharger and direct fuel injection, but also with fully variable valve management offering by far the best balance of engine power and fuel consumption in its class. As a particular highlight of the MINIMALISM fuel efficiency concept, the MINI Countryman comes as standard and in appropriate combinations on each model with a wide range of features serving to reduce fuel consumption and emissions, among them Brake Energy Regeneration, Auto Start Stop, a gearshift point indicator, and on-demand management of the engine’s ancillary units. And as an alternative to the six-speed manual gearbox featured as standard, the petrol engine models are also available with six-speed automatic complete with Steptronic.

As an option the MINI Cooper S Countryman and MINI Cooper D Countryman are available with permanent MINI ALL4 all-wheel drive, an electrohydraulic differential positioned directly on the final drive varying the distribution from front to rear in an infinite process. Under normal driving conditions up to 50 per cent of the engine’s power goes to the rear wheels, under extreme conditions up to 100 per cent, offering a new, high-traction rendition of that agile handling so typical of MINI. This superior traction and drivetrain technology is based on the top-end suspension of the MINI including features such as the front axle with MacPherson spring struts and forged track control arms, the multi-arm rear axle and EPS Electric Power Steering complete with Servotronic. The MINI Countryman furthermore comes as standard with DSC Dynamic Stability Control, DTC Dynamic Traction Control coming either as an option or as a standard feature on the MINI Cooper S Countryman and the MINI Cooper D Countryman with ALL4, as well as an electronic limited-slip function for the front axle differential.

Designed for optimum safety in the event of a collision, the body structure with its precisely defined load paths and deformation zones ensures passive safety of the highest calibre. Frontal and side airbags as well as curtain airbags at the side both front and rear, three-point inertia-reel seat belts on all seats, belt latch tensioners and belt force limiters at the front, as well as ISOFIX child seat fastenings at the rear all come as standard. Yet another standard feature is the Tyre Defect Indicator, with runflat tyres coming as an option and standard on the MINI Cooper S Countryman with ALL4.

The wide range of customisation options on both the exterior and interior again so typical of MINI are supplemented by new, model-specific features exclusive to the MINI Countryman. New combinations in the range of interior colours, trim strips and upholstery enable even the most discerning customer to create his – or her – very special car with truly unique character. The wide range of standard features boasted by the MINI Countryman includes highlights such as air conditioning, the MINI Center Rail, and an audio system complete with a CD player. The equally wide range of options and special equipment tailored to each model comes with features such as high-end audio and navigation systems as well as mobile telephone interfaces including the option to completely integrate an Apple iPhone and other Smartphones in the car. Further options are the extra-large Panorama roof, Adaptive Headlights in combination with xenon headlight units, a heated windscreen, a towbar, light-alloy wheels ranging in size from 16 to 19 inches, sports suspension lowering the entire car by 10 millimetres or almost 0.4″, as well as the wide range of John Cooper Works Performance Components.