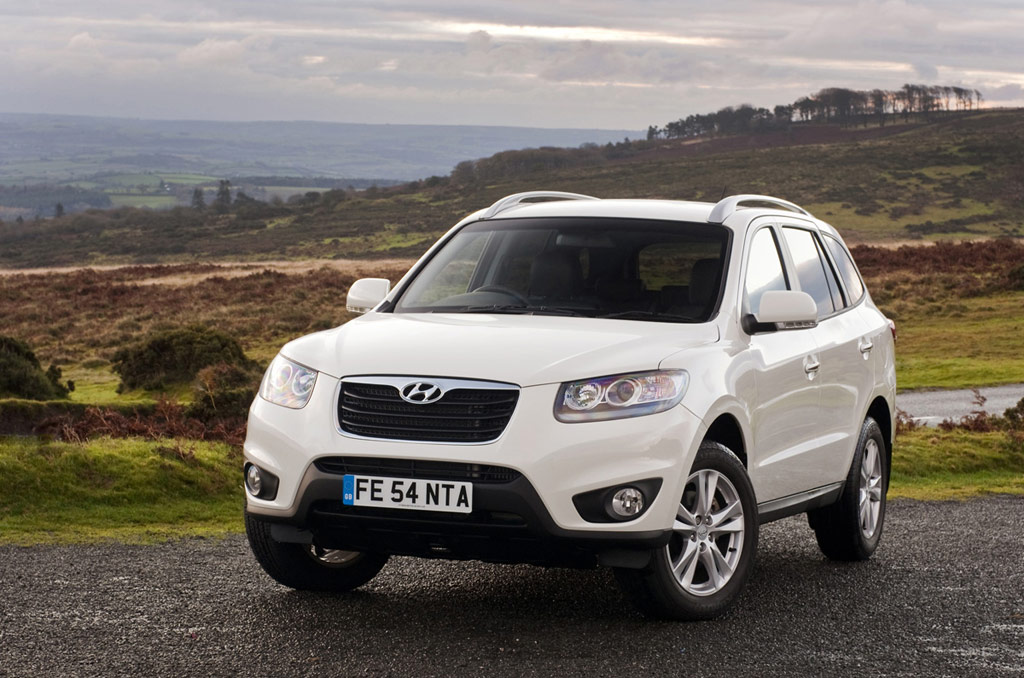 A new world-beating engine, more equipment and a stylish new look – all at a lower price. The 2010 Hyundai Santa Fe looks too good to be true.

But buyers looking for a big, practical family car can stop pinching themselves, as Hyundai has confirmed the amazing news that its 2010 Santa Fe will actually be cheaper than the car it replaces, despite a raft of improvements.

The headline news is the Santa Fe’s world-class new powertrain, offering an unrivalled combination of performance and economy. It means that the Santa Fe is now comparable on price and emissions with MPVs and estate cars, and comfortably powers ahead of SUV rivals.

Much more than a simple nip-and-tuck, the new Santa Fe also benefits from subtly enhanced exterior styling and improved safety. Despite this, Hyundai has actually managed to make the list price even more competitive – with obvious benefits to private buyers and company car drivers alike.

Revisions to the design of the Santa Fe are concentrated on the finer details. At the front, the black two bar grille is replaced by chrome-edged three bar version, while revised headlight clusters sit above a new, more sculpted bumper which also houses new fog lights in a black surround. The rear gains a new bumper that curves neatly into more distinctive light clusters, while trapezoidal exhaust pipes and new alloy wheel designs improve the car’s stance and presence on the road.

On the inside carbon black trim replaces the previous wood finishes to highlight the Santa Fe’s modern feel, and the standard single CD/RDS radio now comes with an AUX/USB connection with full iPod control.

The range has been simplified, with a two-model range now comprising of entry-level Style and higher spec Premium. Style models are packed with standard equipment: 17-inch alloy wheels, reversing sensors, ESP and air conditioning are among the standard features, while moving up to Premium adds 18-inch wheels, dual climate control, heated leather seats with electric adjustment for the driver and automated lights and wipers.

The Santa Fe retains its outstanding MPV-rivalling practicality, with the even more versatile seven-seat option available for a modest £750 on both Style and Premium models. In either version it offers a huge 969 litres of load space in a five-seat configuration – double that of some its rivals – rising to a van-like 2,247 with all the seats folded. This is an increase of 34 litres over the previous model. Seven-seat versions are also fitted with a self-levelling rear suspension set up and rear privacy glass as standard, while five-seat versions get a substantial under-floor storage area.

Stronger, leaner and more refined
At the heart of the rejuvenated Santa Fe is a new 2.2-litre direct injection ‘R’ diesel engine that demonstrates major improvements over the already-impressive outgoing version. This new all-aluminium 2,199cc powerplant offers up a class-leading 194bhp – more than the six-cylinder units offered in some rival vehicles – backed by a mighty 311lb.ft of torque (322lb.ft when specified with an automatic gearbox) which amounts to improvements of 26% and 27% respectively on the previous engine.

These huge strides in power and efficiency give the Santa Fe an advantage over a wide range of competitors. With the six-speed manual transmission fitted, the Santa Fe can sprint to 62mph from rest in 9.8 seconds, giving it hot-hatch like acceleration. Although ultimate performance is not usually top of family 4×4 buyers’ priorities it is nice to know that it is the fastest seven-seat SUV you can buy for under £35,000.

That doesn’t come at the expense of economy however, as the combined cycle figure now breaks the 40mpg barrier and emissions have fallen significantly to 176g/km, moving it down on the Vehicle Excise Duty to Band I. These figures also put the Santa Fe ahead of the competition, with no seven-seat SUV or MPV coming close to its combination of economy and performance. In fact the Santa Fe can even beat the economy figures of the entry level Vauxhall Zafira and diesel Ford Galaxy while producing more torque than a Porsche 911!

These impressive figures are helped by a number of clever engineering developments, including the sophisticated six-speed manual and automatic gearboxes and an alternator management system that disengages when not required in order to save fuel. Drivers looking to maximise the efficiency benefits are helped by the ‘Eco Drive Indicator’ on automatic versions to monitor fuel efficiency, while manual versions have an optimum gear shift point indicator built into the trip computer display.

Another advantage of the new engine is an increased towing capacity, with a maximum braked towing weight of 2,500kg, up 300kg on the outgoing model.

The new Santa Fe proves that exceptional performance and a high specification need not come at the expense of running costs or a sky-high purchase price. Despite the improvements in equipment levels and drivability, prices are actually lower compared with the outgoing model.

Significant improvements in economy and emissions have pulled back running costs for the Santa Fe and service intervals have been doubled to 20,000 miles, helping to slash maintenance bills. Company car drivers with P11Ds to consider will find the lower price and CO2 levels reduces their contribution further still, with the Santa Fe dropping from 29% to 26% tax rates – saving company car drivers hundreds in tax every year. Indeed the Santa Fe is not just more efficient at tax avoidance than other 4×4 rivals; it can also now be a real alternative to MPVs and estate cars.

Residual values are also expected to improve still further due to the enhanced specification and lower prices, placing it amongst the best in class for retained value. And of course, the Santa Fe enjoys the legendary five years unlimited mileage warranty for the ultimate peace of mind.