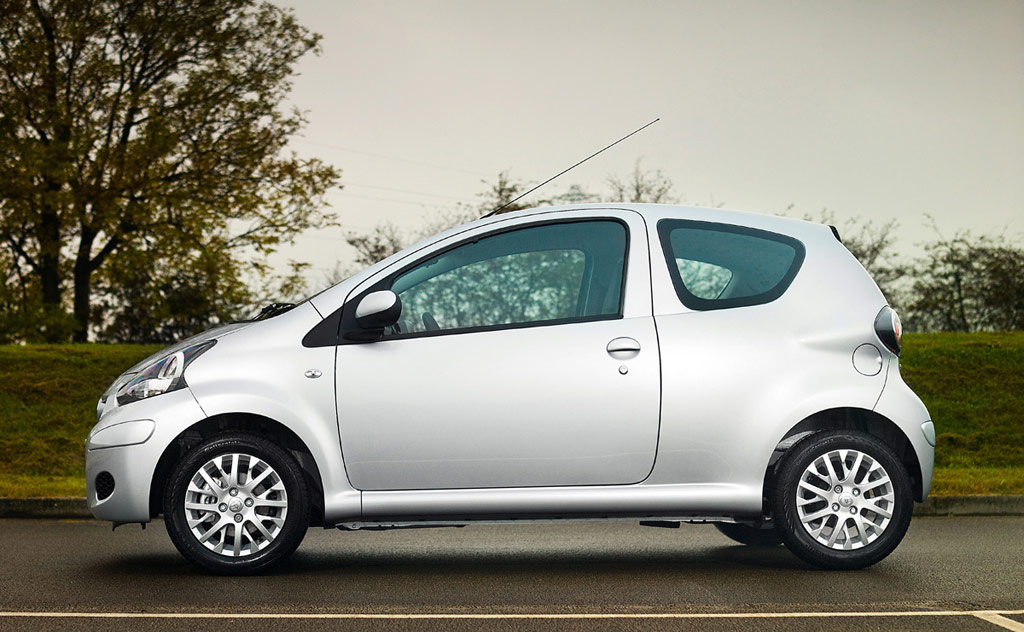 Platinum by name, silver in colour and probably worth its weight in gold, Toyota’s top-of-the-range Aygo is big on driver appeal. But for all its bling connotations, it comes with a modest price tag.

Aygo Platinum’s value for money profile is even greater for anyone ordering their car before the end of December, as they will be able to avoid the 1 January increase in VAT.

Three and five-door versions are available, powered by Toyota’s 1.0-litre VVT-I petrol engine with Toyota Optimal Drive – winner of the sub-one-litre class of the International Engine of the Year awards for the past three years. Five-speed manual transmission is fitted as standard, with the option of Toyota’s Multimode system.

The Aygo Xtra Protected pack is available as an option for Aygo Platinum, priced £380, it adds rear parking sensors and additional side and rear protection mouldings to help guard against the rough and tumble of urban driving. Vehicle Stability Control can also be specified as an option, at £340.