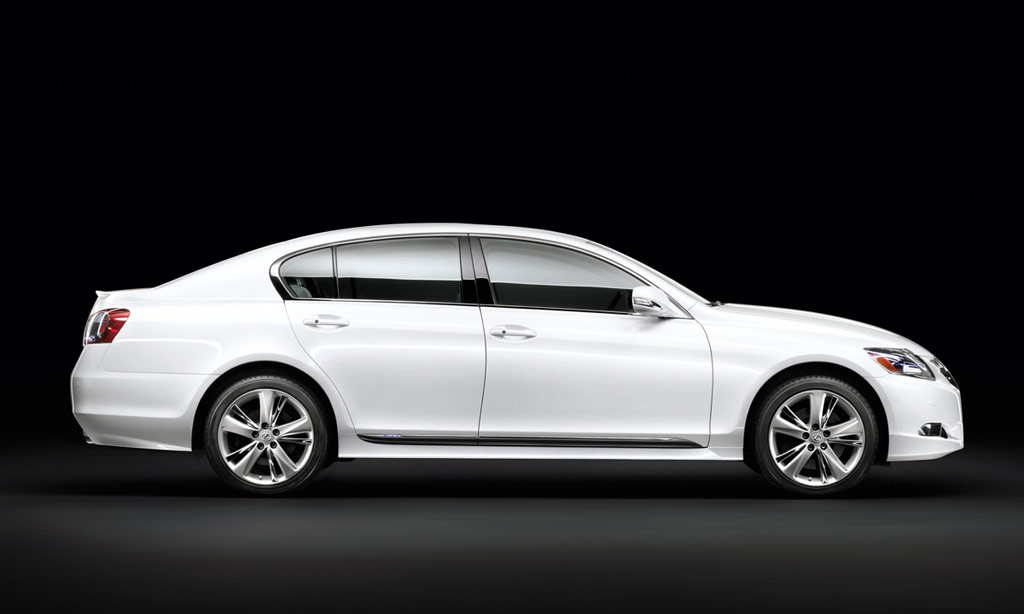 The Pre-Crash Safety system in the GS 450h has been revised to support the pre-crash seatbelt and brake assist functions with pre-crash brake technology. Both front seats are fitted with new, inflator-operated active headrests, activated by a signal from the ECU in the event of a rear-end impact. The inflator slides a piston into the headrest, unlocks the mechanism and projects the headrest forwards and upwards to support the occupant’s head and reduce the risk of whiplash injury.

In common with its sister Lexus models, the GS 450h is adopting a new hard disc drive (HDD) navigation system with the 40GB capacity, giving Europe-wide coverage with traffic information data capture in each country.

Both systems also provide a “sound library” function, using the navigation system’s HDD to transfer and store music files from CD up to 10GB capacity – the equivalent of about 2,000 music tracks.

The 2010 GS 450h wears a distinctive new front grille that features a series of horizontal bars of different thickness. The hybrid-blue rear lamp clusters have been modified to incorporate larger, transparent outer lenses and a new 18-inch alloy wheel design has been introduced for the SE-L.

In the cabin there is a new hybrid-blue backlit stop/start button and the choice of a new Venaro Grey semi-aniline leather upholstery option, with contrasting black stitching and grey bird’s eye maple wood grain trim.