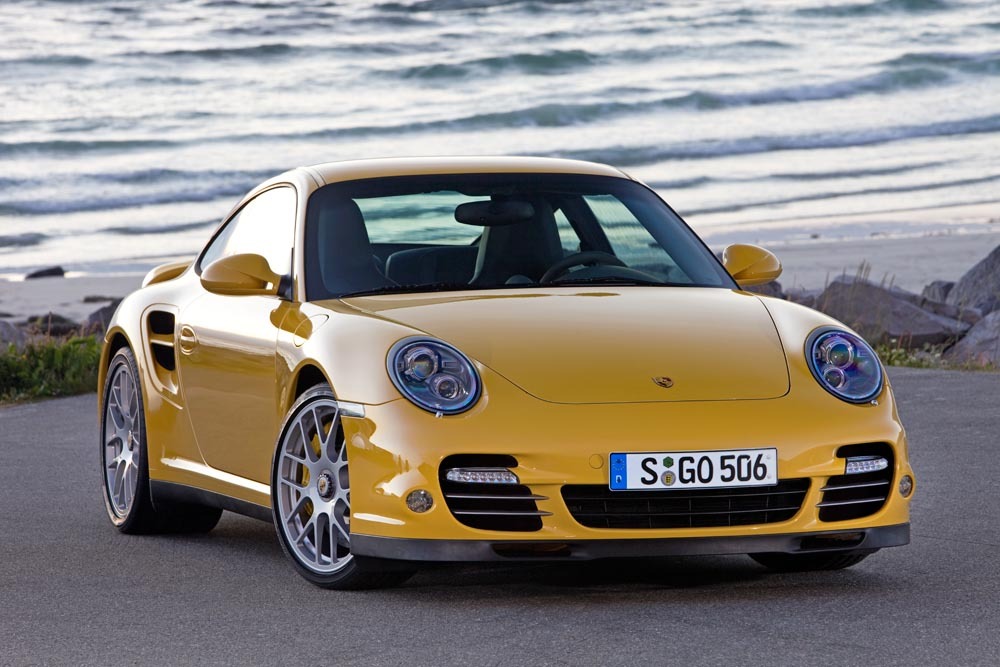 Porsche is proud to present a new top model at the pinnacle of its broad range of production sports cars; the next generation 911 Turbo. All key features of this high-performance sports car have been improved significantly and combine far-reaching technical innovations with supreme refinement. As a consequence, the new 911 Turbo offers increased performance, lower weight, enhanced driving dynamics and greater fuel efficiency.

With respect to dynamic performance and fuel economy in particular, the next generation 911 Turbo now stands apart from its competitors even more. The new model will be presented to the public for the first time at the Frankfurt Motor Show from 17 – 27 September.1

The heart and highlight of the seventh generation 911 Turbo is the new power unit displacing 3.8-litres and delivering maximum output of 500 hp (368 kW). The first entirely new engine in the 35 year history of the Turbo comes with features such as Direct Fuel Injection and twin turbochargers with variable turbine geometry, the latter attribute being unique to Porsche on a petrol engine.

The new six-cylinder engine can be combined with the option of the seven-speed Porsche Doppelkupplungsgetriebe (PDK) double-clutch gearbox; and, for the first time, a further new feature of race car-inspired paddle-shift technology can also be specified. Fitted firmly on the steering wheel, the right paddle is for shifting up through the gears, and the left paddle for shifting down. In conjunction with the optional Sport Chrono Package Turbo, both the paddle-shift steering wheel and the PDK steering wheel with its shift buttons feature integrated displays for Launch Control and the Sport/SportPlus mode.
This unique combination of supreme technical features ensures an unprecedented standard of responsiveness, agility, performance and efficiency. For example, the new 911 Turbo reduces CO2 emissions versus its predecessor by almost 18 per cent and therefore ranks unique in its segment in this respect also.

Owners of the new 911 Turbo will also enjoy a further improvement in driving dynamics, with detailed enhancement of the Porsche Traction Management (PTM) fully-controlled all-wheel drive and Porsche Stability Management (PSM) being further supported by the new option of Porsche Torque Vectoring (PTV). Porsche Torque Vectoring makes the car even more agile and precise in its steering responses, particularly on twisting roads.

The next generation Porsche 911 Turbo Coupé and Cabriolet go on sale in the UK and Ireland on November 21 2009, priced from £101,823 for the Coupé and £109,048 for the Cabriolet. Standard equipment includes the touch-screen Porsche Communication Management system with both Bluetooth mobile telephone and i-Pod connectivity. Also fitted to every 911 Turbo is a Porsche Vehicle Tracking System (VTS), a sophisticated vehicle security package approved to Thatcham Category 5 standard.

Customers will also be able to explore the dynamic attributes of the new 911 Turbo, and develop their own skills behind the wheel, courtesy of a Driving Experience Programme at the Porsche Experience Centre at Silverstone.