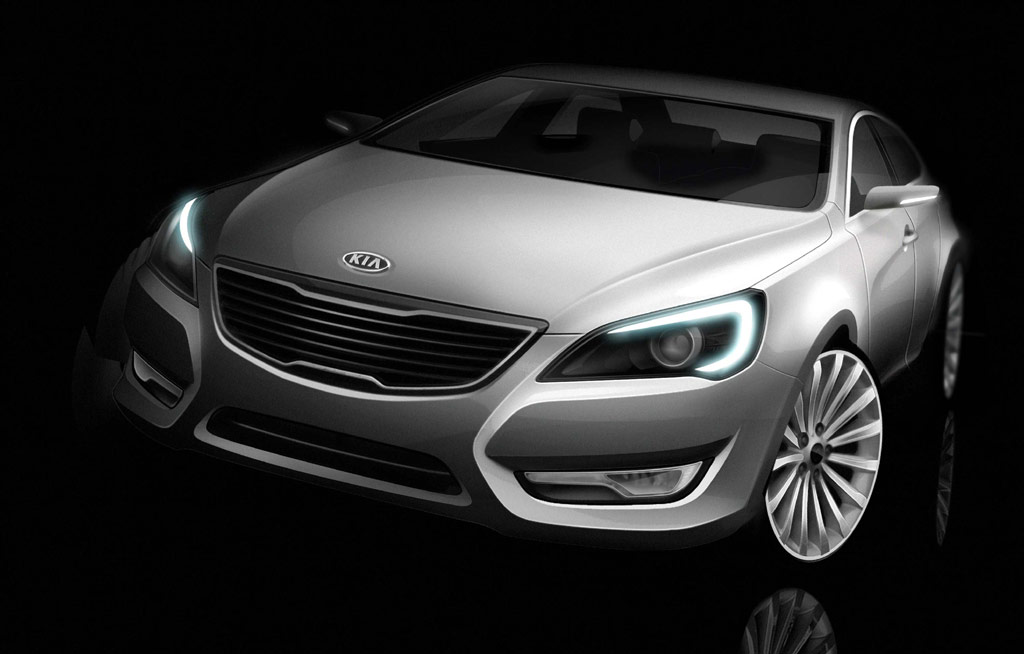 Kia Motors has today released the first images of its new premium saloon due to go on sale in Korea at the end of the year.

The new model, currently known by its code name VG, was shown in concept form at the Seoul Motor Show earlier this year and is set to replace the existing Opirus model in Korean, North American and European markets.

“VG clearly demonstrates the next stage in Kia’s design evolution and showcases our new design principle of ‘sophistication by simplicity’. The exterior is a seamless blend of powerful front, sleek profile and sophisticated but simple rear lines to create an elegant and luxurious appearance,” commented Hyoung Keun Lee, Senior Executive Vice President and COO of International Business Division at Kia Motors Corporation.