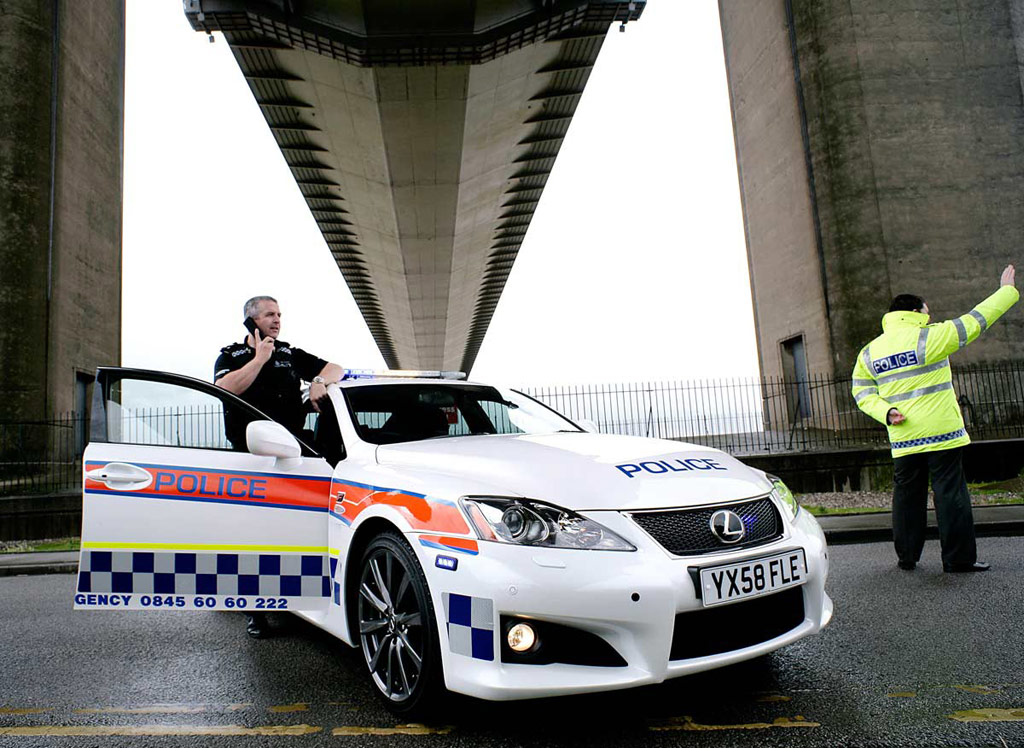 Humberside Police have taken delivery of a Lexus IS-F in order to make life more difficult than ever for those looking to travel to the region to commit crime.

Specially trained officers spent 12 months evaluating a number of high performance vehicles that are set to replace the current Subarus which have proved highly successful in enabling the Roads Crime Section to target organized criminals in the area. Following a stringent evaluation process the decision was taken to purchase the Lexus IS-F after the vehicle proved to be exceptionally capable of remaining stable in high speed operational policing environments, despite carrying the extra weight provided by the £30,000 worth of on-board computers and communications equipment.

“The purchase of the vehicle was far from an easy decision and involved research and advice from the force fleet manager, financial managers and a vehicle dynamics expert. The Lexus was tested during a 12 month period along with similar vehicles and proved itself to be ideally suited in providing a dynamically safe high performance chassis along with an electronically stable platform for the computer equipment. In the past this equipment has placed huge demands on vehicles but the Lexus IS-F easily met with our requirements. The final product provides a most formidable package and is undoubtedly one of the most advanced police vehicles in the world which in turn enables my officers to deal with the criminals who use the roads for serious and organized crime.”

The Lexus IS-F has a performance tuned 5.0-litre V8 engine capable of reaching 62mph in 4.8 seconds and a top speed electronically limited to 168 mph and was supplied by Steve Kelly, Centre Principal at Lexus Hull who has been working closely with the Humberside police regarding the sale.