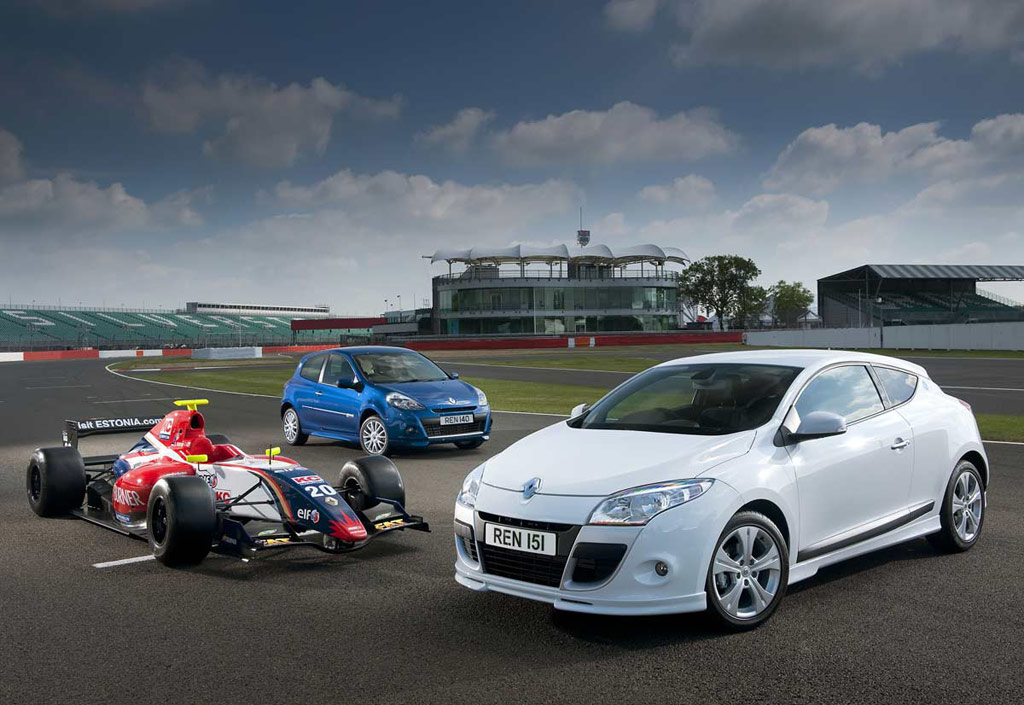 World Series by Renault will light up the 3.2-mile Silverstone Grand Prix circuit as Renault’s free festival of motorsport is expected to draw a crowd of over 100,000 as fans flock to see a thrilling weekend of action-packed racing including the 500hp Formula Renault 3.5.

Based on the most popular Dynamique trim level in the Clio, Mégane Hatch and Coupé ranges, the three World Series versions add extra equipment with savings for the customer of up to £1,190.

Clio World Series by Renault builds on the sporty Dynamique level and adds an extended front spoiler, side skirts, a sports rear bumper plus WSR badging. Customers can choose from the 1.2 16V 75, the highly efficient TCe 100 or the frugal dCi 86 engines. Priced from £12,170 on the road, the customer will save £680 from the price of the equipment if ordered separately.

Mégane Hatch World Series by Renault is based on the popular Dynamique five-door and adds an extended front spoiler, Coupé-style bumper inserts, side skirts, a sports rear bumper, rear spoiler, WSR badging and 17” alloy wheels. Customers can choose from the 1.6 16V 110 or the dCi 106, both with a six-speed gearbox. Priced from £16,595 on the road, customers save £1,190 over the price of the equipment were it ordered separately.

The Mégane Coupé World Series by Renault adds to the rakish design of the standard car with an extended front spoiler, side skirts, sports rear bumper and 17” alloy wheels. Priced from £16,995, customers save £940 over the price of the items ordered separately.