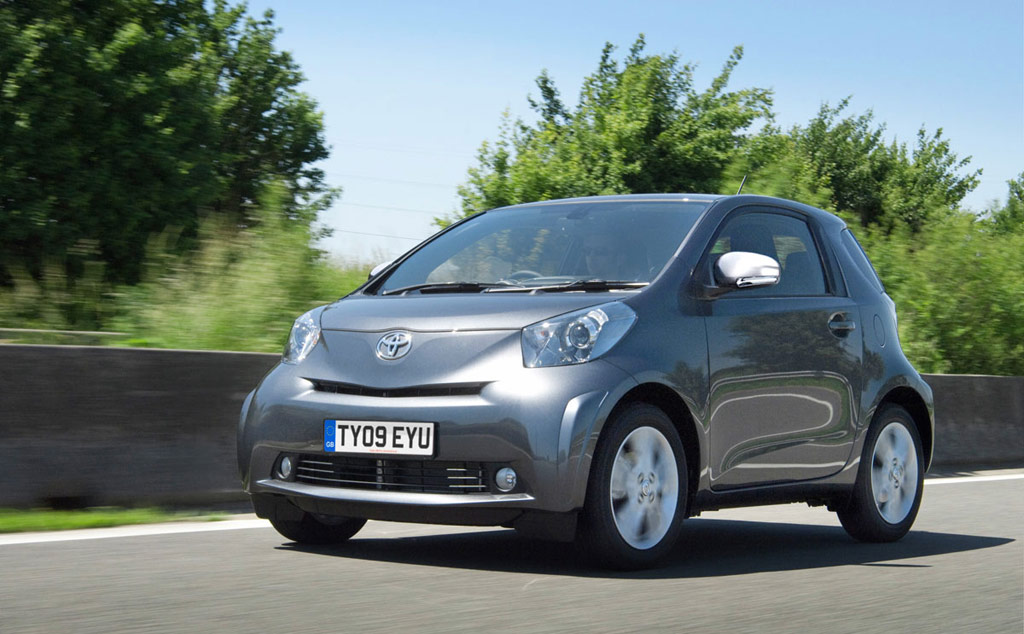 Toyota’s iQ range is extended for the first time since launch with the introduction to the line-up of a 1.33-litre engine. The highly efficient lightweight unit, already successfully deployed in Auris, Yaris and Urban Cruiser is offered exclusively in the new iQ3 model.

Benefiting from Toyota Optimal Drive technology for a class-leading combination of power, fuel economy and low emissions, it uses Dual VVT-i control of both intake and exhaust valves to deliver strong torque at low to medium engine speeds and achieve maximum efficiency.

The headline figures broadcast the exceptional customer benefits in terms of running costs. With manual transmission, iQ3 returns an official 58.9mpg in combined cycle driving, and 113g/km of CO2 – Band B for road tax (£35 annual charge) – both of which are best-in-class figures. Equipped with Toyota’s new Multidrive CVT system, fuel economy is just as good, while emissions rise slightly to 120g/km, but remain within Band B.

This achievement is not at the expense of performance. The engine develops a maximum 98bhp at 6,000rpm and peak torque of 125Nm at 4,400rpm. Nought to 62mph can be achieved in 11.8 seconds (11.6 with Multidrive) and top speed is 106mph. This underlines the fact that iQ is more than just a city runabout, giving a strong, stable and enjoyable drive at motorway speeds.

Matched to a compact, lightweight six-speed manual gearbox, the engine features Toyota’s Stop & Start system. This automatically cuts the engine when the car comes to a stop and the gear shift is moved to neutral; when a gear is selected, the engine restarts quickly (in just 0.4 seconds) and seamlessly, thanks to the use of a permanently engaged gear mechanism. In urban driving – iQ’s natural environment – Stop & Start can yield fuel consumption savings of up to 15 per cent.

One of the key elements of the 1.33-litre engine is its piston design. Smaller and lighter than on the previous 1.3 unit, they are designed with a smaller contact area and use carbon ceramide, an advanced material more commonly used in Formula One engineering, to reduce friction.

iQ3 carries forward the premium specification of iQ2 but with some additional, exclusive features: the door mirrors have chrome-finished housings and the car rides on larger, 16-inch dual five-spoke alloy wheels. The choice of six paint finishes includes Decuma Grey metallic, which is also exclusive to iQ3.

Four themed accessory packs have been assembled for iQ, giving owners an easy way to give their car that something extra.

With such a high standard specification on iQ3, there are just two extra-cost options: leather seat upholstery (£690) and a fully integrated satellite navigation system with Bluetooth and iPod integration (£930).