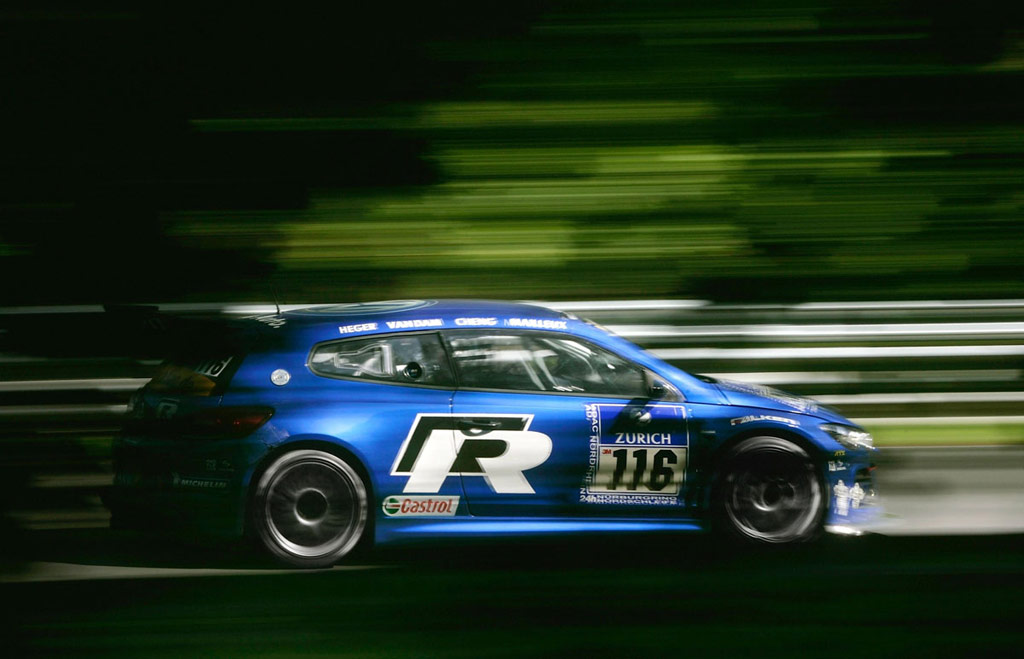 The Volkswagen Scirocco GT24’s powered by natural gas and petrol engines superbly mastered the world’s most difficult circuit marathon, the 24-hour race on the Nürburgring, by clinching two class victories.

Altfrid Heger (D), Cheng Congfu (CN), Carlo van Dam (NL) and Franck Mailleux (F) finished third in the SP3T class and 20th overall, the CNG-powered Scirocco of Volkswagen Executive Board Member for Technology Dr Ulrich Hackenberg (D), Bernd Ostmann (D), Peter Wyss (CH) and John Barker (GB) finished as the runners-up in the AT class. The fifth Scirocco of Carlos Sainz (E), Dieter Depping (D), Wolfgang Kaufmann (D) and Patrick Simon (D) retired after a strong showing due to being caught up in an accident not of their own making.

The 235,000 spectators lining the legendary Nordschleife in perfect weather witnessed a thrilling 24-hour race and the world debut of the new Scirocco R, the most powerful version yet of the Scirocco with a 265 PS engine. The Scirocco R presented itself to enthusiasts in a motorcade around the roller-coaster in the Eifel along with the Race Touareg with “Dakar” winners Giniel de Villiers (ZA) and Dirk von Zitzewitz (D).

Volkswagen Motorsport Director, Kris Nissen, commented: ‘We’re extremely happy: We achieved the hat-trick in the two-litre turbo class and also proved that the Scirocco GT24-CNG powered by natural gas is a viable alternative. I’d like to express sincere praise to our drivers who mastered a difficult task consistently well. Due to the changes to the regulations the field has become clearly more competitive. What used to be lapping in the past has turned into an infinite number of overtaking manoeuvres. At the end of the day, the strong performance of the entire squad made the difference, which enabled us to achieve the double class victory through careful preparation and perfect work during the race.’