wp booster error:
The path of the tdb_template_33543 template not found. Did you disable a tagDiv plugin? MINI Seven to make exclusive world premiere at Goodwood Festival of Speed - Car Daily
CLOSE
Welcome! Log into your account
Forgot your password?
Recover your password 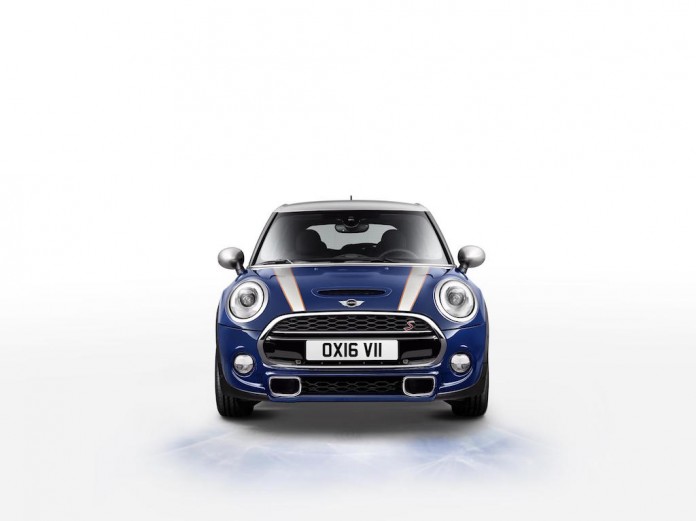 This year’s Goodwood Festival of Speed (June 23-26) will host the global debut of the first design model of the current generation of MINIs, MINI Seven.

Taking its name from the very first Mini, the 1959 Austin Seven, MINI Seven has been designed to fuse the brand’s classic heritage with modern design and technology.

The new car, which will also feature a bespoke option pack called MINI Seven Chili, will be unveiled for the very first time at Goodwood’s Moving Motor Show on Thursday, June 23.

As well as the world premiere of MINI Seven, MINI will also have the new John Cooper Works Challenge Edition going up the famous 1.16-mile Hillclimb course in the First Glance category during the main FOS days.

The Festival of Speed will also represent MINI CHALLENGE racer Charlie Butler-Henderson’s debut as MINI’s newest brand ambassador, since working hard to defend his title as the CHALLENGE champion in 2015.

MINI will also have brand ambassador and Dakar Rally ace, Harry Hunt on hand to drive the MINI ALL4 Racing car, in which he finished 10th in this year’s Dakar at his first attempt on the world’s toughest road race.

BMW Group – BMW, MINI, Rolls Royce and BMW Motorrad – will celebrate its illustrious sporting past and the diversity of its brands at this year’s Festival of Speed, with BMW taking centre stage as the Honoured Marque.

BMW and MINI will continue the centenary celebrations at Goodwood, during which they will focus on the future of mobility. As part of this, MINI will showcase its ‘Vision Vehicle’, created through partnerships with three pioneering experts in the fields of design, art and interactivity.

The week-long exhibition celebrating 100 years of the BMW Group, which is free to the public will showcase its three innovative ‘vision vehicles’ to the Roundhouse in Camden from 18th – 26th June.