wp booster error:
The path of the tdb_template_33543 template not found. Did you disable a tagDiv plugin? Nissan NP300 Navara crowned pick of the Pick-Ups in 2016 Diesel Car Top 50 - Car Daily
CLOSE
Welcome! Log into your account
Forgot your password?
Recover your password 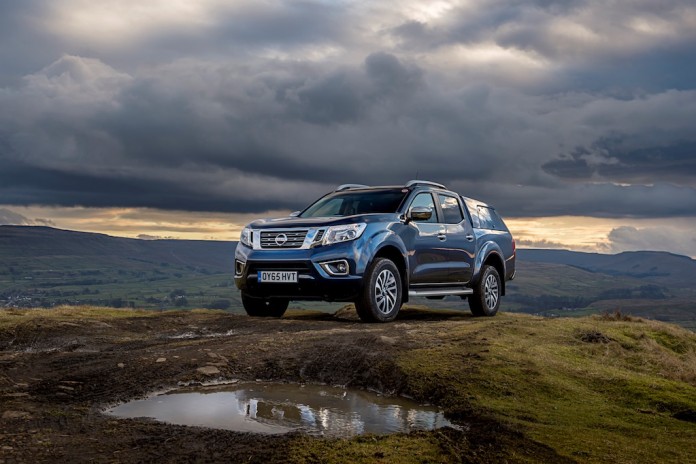 The newly-launched Nissan NP300 Navara has added to its list of accolades by being named the Best Pick-Up in the 2016 Diesel Car Top 50 – a list of the 50 best cars on sale today.

More than 200 new cars were tested by the Diesel Car judging panel, with thousands more over preceding years, creating a definitive ‘Top 50’ list which is a departure from previous years where winners were named across ten categories. The Nissan NP300 Navara was the only pick-up included in the list of 50 models.

Ian Robertson, Editor of Diesel Car, commented; “Many manufacturers boast about car-like road manners and don’t deliver, but this latest NP300 Navara delivers it in spades.”

The Nissan NP300 Navara can be specified with either a double cab or a king cab and a 190PS twin-turbo or 160PS single turbo version of the new 2.3-litre dCi engine. There’s also a choice of two or four-wheel drive and a 6-speed manual or 7-speed automatic transmission.

Many of the model’s advanced safety features – including a number of first-in-class technologies – are incorporated across the range as standard. This includes Forward Emergency Braking on all double cab models; driver, passenger, side, knee and curtain airbags; electronic Limited Slip Differential (eLSD); Hill Start Assist and Hill Descent Control (on 4WD models).

The model’s robust chassis also introduces a host of new features, including an all-new five-link rear suspension for the Double Cab model and an impressive load bed, which is 67mm longer than the previous model.

Anthony Jones, Navara Product Manager at Nissan Motor (GB), said: “This latest recognition is further evidence that the new NP300 Navara delivers one of the strongest product offerings in the market. Innovative technology, superior on- and off-road capabilities, engine performance and payload capacity, combined with competitive finance and servicing offers make ownership both enjoyable and rewarding.”