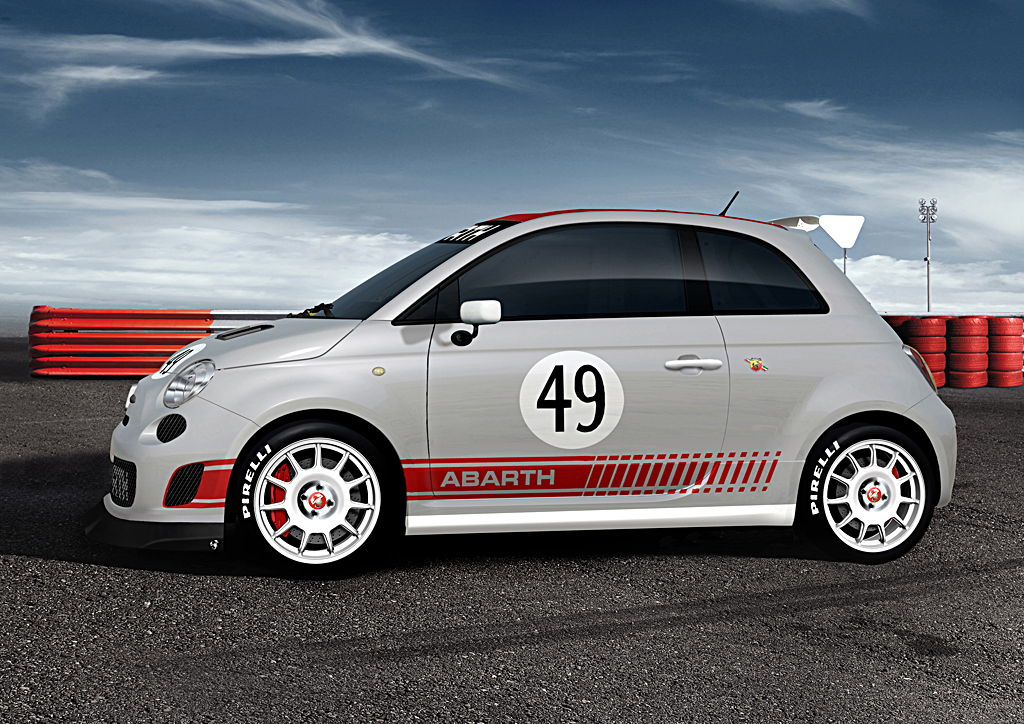 Abarth returns to track racing, and it has chosen to do so with its new ‘500 Abarth Assetto Corse’, the baby supersports car from Abarth, due to be produced in a Limited Edition (49 cars).

The new vehicle, designed by the Fiat Group Automobiles Style Centre and produced by a team of Abarth Engineers and Designers will be the star of track races from next year and its creation confirms Abarth’s racing vocation.

The Assetto Corse version of the petite 500 Abarth takes up the baton from its forerunner, the ‘595’ that notched up numerous successes and great victories from 1963 and led to the coining of the description ‘small but deadly’.

The cars sports a full racing outfit: wide track, white 17’ special ultralight racing wheels, low ride, sports racing mirrors and a place for a number on the sides. Available in pastel grey with red Abarth side stripes, the ‘500 Abarth Assetto Corse’ reveals an assertive front end that houses a badge bearing the Abarth logo and, below this, wide bumpers complete with an aerodynamic spoiler and screen-printed grilles to replace the plastic louvres on the standard production version. In addition to the classic bonnet clips, the bonnet houses two carbon air intakes bearing the Abarth scorpion logo.

The rear part of the car features a white winged spoiler, a badge bearing the Abarth logo and a twin exhaust pipe.

The Abarth identity is expressed to the full with a thunderbolt logo on the side representing the brand’s racing image and a red band and four white chequers on the roof, just as on the winning Abarth 850TC version of the 1960s.

Inside, the ‘500 Abarth Assetto Corse’ is equipped with a roll-bar type-approved for racing that is completely hollow to make the car lighter and faster. The car weighs approximately 180 kg less than the road version. The anatomical seats, the steering wheel (special for racing) and the carbon door panels make the 500 Abarth Assetto Corse a real baby sports car with a indomitable character all of its own.

Abarth has also thoughtfully provided a clothing set for the driver, that will be delivered in an original Abarth-branded leather bag. Owners of the ‘500 Abarth Assetto Corse’ will therefore be resplendent in overalls, helmets, gloves and shoes, all meticulously branded with the ultra-new ‘Assetto Corse’ logo produced for the limited edition of the car. 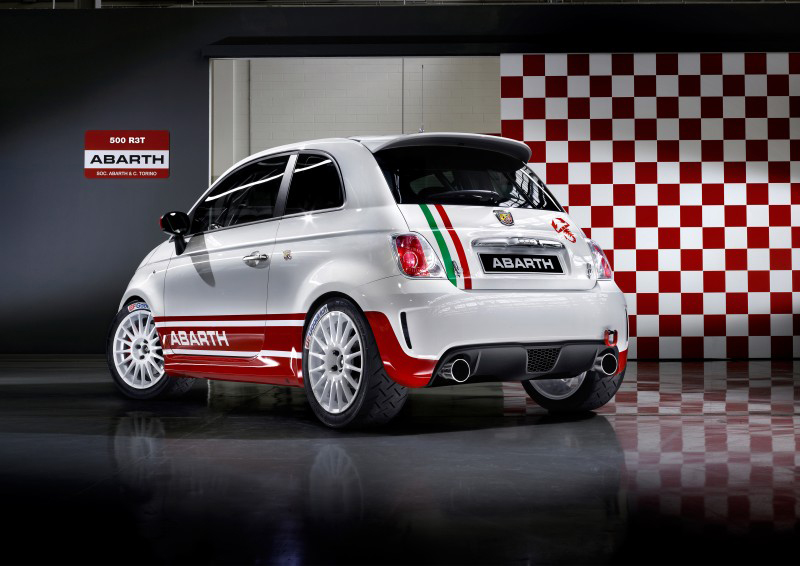 Abarth 500 for rallies launched in Sanremo