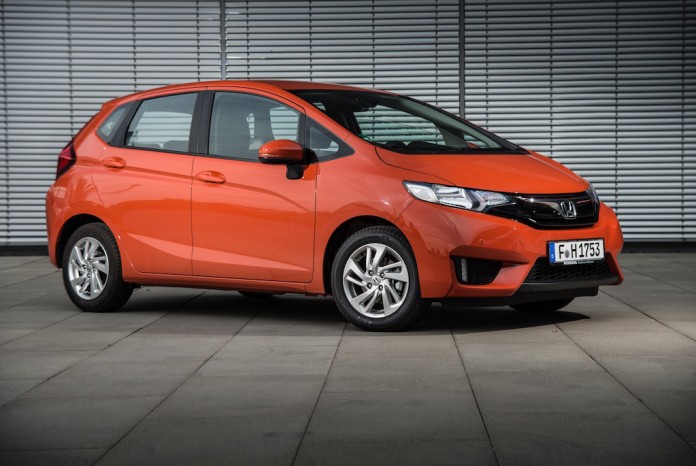 Honda’s all-new HR-V and Jazz models are in contention to be crowned ‘Britain’s Safest Car’ after reaching the final 14 in an annual award judged by leading safety authority Thatcham Research, as part of the What Car? Awards 2016.
Cars qualifying for the ‘Safety Award’ must have been launched in 2015, on sale in the UK from 13th January 2016, achieve five Euro NCAP stars and feature Autonomous Emergency Braking (AEB). Those reaching the final 14 are also assessed against several other stringent safety factors, with new safety innovations also taken into account, all under the watchful eyes of Thatcham Research and an independent panel of safety experts. The top three, as judged by the panel, will be announced at the What Car? Car of the Year Awards on Wednesday 13th January 2016.
Among a host of advanced safety features both the all-new Jazz and HR-V offer Honda’s City-Brake Active system (CTBA) as standard, using laser technology to scan the road ahead and automatically apply the brakes if a low speed collision is likely. Both models were awarded the maximum five-star Euro NCAP rating in November, with the Jazz becoming only the second supermini to achieve such a feat this year. All current Honda models on sale in Europe have now received the maximum five-star Euro NCAP rating.

Matthew Avery, Director of Research at Thatcham Research comments: “Improved protection for drivers and passengers has helped lower the UK’s road death toll significantly over the past 20 years. This year’s long list of contenders shows that active safety systems like AEB, which are proven to reduce accident claims by 38 per cent, are increasingly being fitted as standard. Which is good news for consumers. And means it makes judging more difficult this year.”

Jim Holder, Editorial Director of What Car? comments: “Safety is one of the key concerns for new car buyers, particularly if the vehicle in question is to be used as the main mode of family transport. What Car? believes it important that such a key consideration is reflected in our Car of the Year Awards. Not only does the Safety Award highlight the incredible, yet often unsung, work manufacturers do, it also allows us to both commend and encourage it.”

Phil Webb, Head of Cars for Honda (UK) comments: “Driver, passenger and pedestrian safety is absolutely paramount for Honda and we remain committed to bringing some of the most advanced technologies to the market and making them accessible to the widest customer base possible. With every model in our current range now carrying the maximum five-star Euro NCAP rating Honda owners can have complete peace-of-mind that they are driving one of the safest cars on the market.”