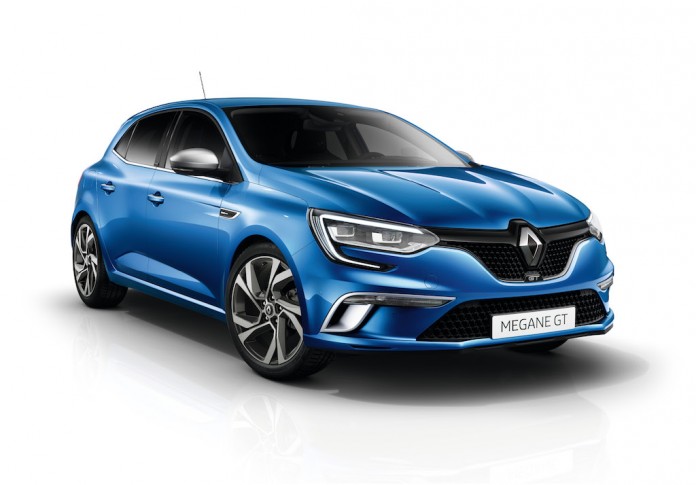 When it comes to safety, the new Mégane shares the benefits of the same Common Module Family (CMF) platform as the Kadjar crossover. Features of this new platform include the use of very high elastic limit steel for the spars, side rails and cross members (notably those situated between the engine compartment and the cabin). A square millimetre of this type of steel can withstand a load of 120kg.
The CMF platform also incorporates effective occupant restraint systems, including dual-generator front airbags, the deployment of which adapts as a function of the type of impact and position of the occupant. This feature enabled the new Mégane to obtain high scores for both adult and child protection. Meanwhile, the seat belts are equipped with pretensioners and adaptive load limiters which adjust the degree of restraint to the severity of the impact and the occupants’ build. In side impacts, front occupants are doubly protected by two latest-generation side airbags and two curtain airbags.

A suite of driver aids

Thanks to the CMF platform, the new Mégane also benefits from the many driver assistance systems already featured on Renault vehicles from the segment above, such as the Espace. These aids are designed to reassure or warn drivers, or for ease of driving.

– AEBS (Active Emergency Braking System) warns the driver to brake in order to avoid a head-on collision. The brakes are applied automatically in emergency situations

For ease of driving:

– Switching from dipped to main beam head lights and vice-versa is automatic, requiring no driver intervention

– A colour head-up display in the line of sight provides information about the majority of the driver assistance systems, the vehicle’s speed and navigation instructions

The Renault Talisman was also given a five-star rating at the same time as new Mégane, taking the number of Renault models to achieve the five-star rating in 2015 to four. The Kadjar and Espace, also benefiting from the CMF platform, were also awarded the rating by Euro NCAP earlier this year.

For 15 years, Renault has innovated to prevent occupants from sliding beneath their seat belt in a head-on impact thanks to anti-submarining technology. To develop this technology, Renault uses specific crash test dummies equipped with more flexible groins to obtain simulations that are as close as possible to real-world situations. This technology calls for extensive work on seat ergonomics and on the positioning of the seat belt anchor points. In January 2015, the Euro NCAP protocol – which is made more severe every year – listed anti-submarining protection as a criteria for the first time.

This website uses cookies to improve your experience while you navigate through the website. Out of these, the cookies that are categorized as necessary are stored on your browser as they are essential for the working of basic functionalities of the website. We also use third-party cookies that help us analyze and understand how you use this website. These cookies will be stored in your browser only with your consent. You also have the option to opt-out of these cookies. But opting out of some of these cookies may affect your browsing experience.
Necessary Always Enabled

Any cookies that may not be particularly necessary for the website to function and is used specifically to collect user personal data via analytics, ads, other embedded contents are termed as non-necessary cookies. It is mandatory to procure user consent prior to running these cookies on your website.