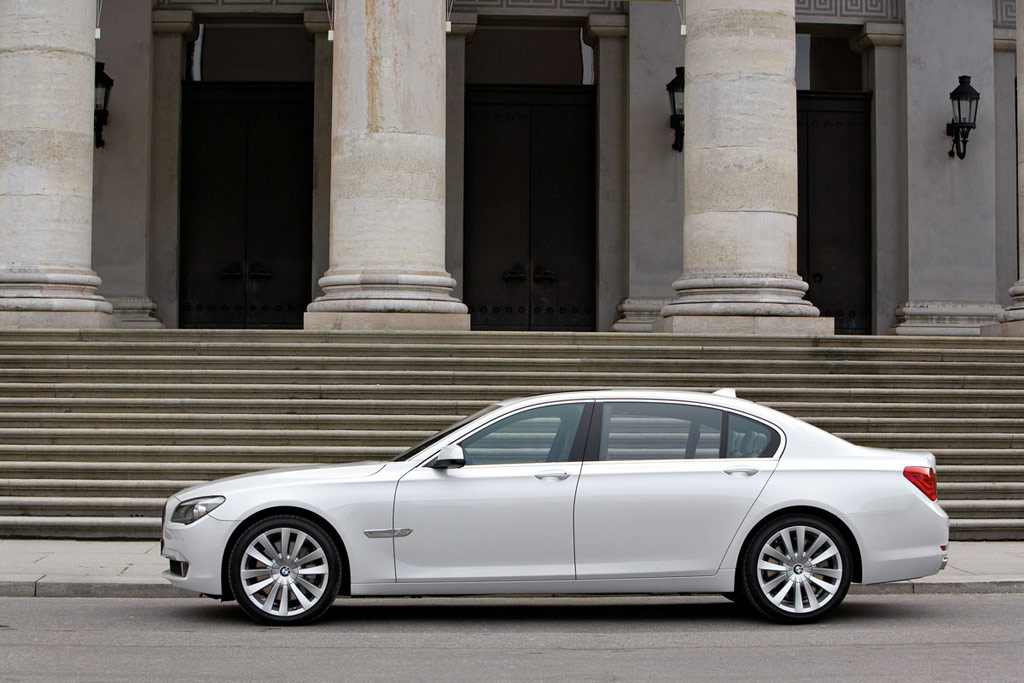 The new BMW 7 Series already sets the benchmark in luxury performance motoring – and now BMW is moving up the standard of maximum exclusivity and supremacy in this supreme class to an even higher level, following a completely new definition: The new BMW 760i and the new BMW 760Li are taking over the top position within BMW’s model portfolio, representing the highest level of motoring refinement in their segment.

The heart and foundation of this exceptional new standard comes from the twelve-cylinder power unit featured in both top models in the BMW 7 Series. Developed as a completely new engine from the ground up, the V12 is a master¬piece of modern engine technology. Superior power of 400 kW/544 hp comes at an engine speed of 5,000 rpm, with maximum torque of 750 Newton-metres (553 lb-ft) from just 1,500 rpm.

Once again, BMW’s twelve-cylinder power unit is the epitome of refined performance, grand touring comfort, and stylish exclusivity. The new BMW 760i as well as the new BMW 760Li with its wheelbase extended by 14 centimetres or 5.5″ for particular comfort – if not to say, luxury – at the rear, provide the clear answer to the question as to what one may expect of a genuine luxury performance saloon, with fascinating new features underscoring BMW’s claim to leadership in the luxury segment.

The drivetrain with all its technical features is a masterpiece of supremacy in every respect. This applies both to the 6.0-litre all-aluminium power unit with TwinPower Turbo Technology, ¬High Precision Injection with fuel injected directly into the combustion chambers, and to BMW’s infinite double-VANOS camshaft adjustment as well as the eight-speed automatic transmission featured for the first time in a BMW.

Benefiting from all these technologies, the new BMW 760i and the BMW 760Li offer a new standard of motoring refinement, dynamic performance and all-round efficiency in a vehicle with this kind of power and output. Acceleration to 100 km/h comes in just 4.6*) seconds, average fuel consumption in the EU test cycle is 12.9*) litres/100 kilometres on the new BMW 760i.

In determining the cars’ fuel consumption, BMW’s engineers have already taken the stricter EU5 emission standard into account, meaning that with the cars’ performance improving significantly fuel consumption is down by approximately 4.5 per cent versus the former model.