wp booster error:
The path of the tdb_template_33543 template not found. Did you disable a tagDiv plugin? Subaru "hounds" the alarm on in-car dog safety - Car Daily
CLOSE
Welcome! Log into your account
Forgot your password?
Recover your password 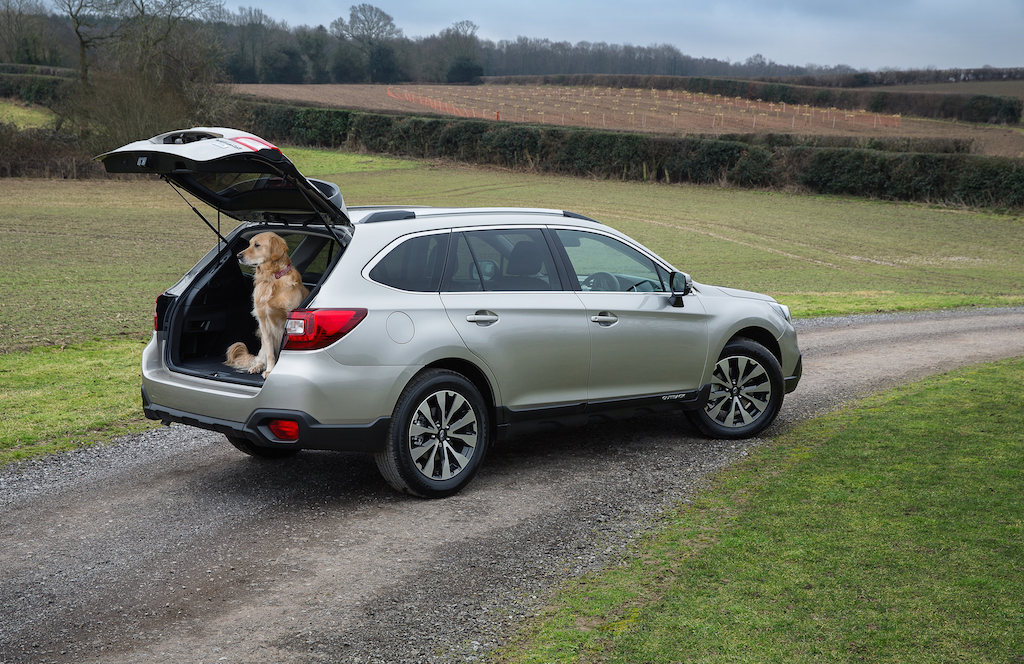 Subaru UK, the AA and Dogs Trust are calling on all animal lovers to consider their pets’ wellbeing if travelling with them in the car over the summer, in particular to ensure their safety when in transit and also ensuring dogs are not left unattended in hot cars.
In the coming weeks and months, thousands of families across the UK are likely to drive to their holiday destination, in the UK or on the continent, with the family dog as a passenger, potentially posing dangers both to human and animal occupants.

Pet safety in a collision

Subaru is encouraging all owners to place their pets’ safety first when on the move to mitigate any potential harm in the event of a collision. If dogs are to travel in the main cabin of the vehicle they should be strapped in via a dedicated harness, however often the safest solution is for them to travel in the boot inside their own crate or behind an approved dog guard.
The AA in particular warns of pet passengers becoming ‘canine cannonballs’ – unrestrained dogs that are thrown forward in the event of a crash.

Max Holdstock, AA Patrol of the Year, says:
“Any loose object in the car can become a dangerous projectile in a crash, whether it’s a first-aid kit, golf umbrella or even a pet. Unrestrained in a sudden impact of emergency stop, dogs can become ‘canine cannonballs’ with potentially fatal consequences for both the animal and other passengers – for example, at 30 mph a 32-kilo Labrador or German Shepherd is thrown forward with the force equivalent to being hit by a baby elephant weighing 100 kilos.

“Just as you wouldn’t drive without a seatbelt, don’t forget suitable pet restraints for your four-legged passengers.”

The call from Subaru UK comes at a time when Subaru US has just announced its collaboration with the Centre for Pet Safety in North America. Subaru US is funding important crash test research being carried out by the Centre, which carries out collision-testing on a range of products designed to improve the safety of four-legged passengers. The testing will help to establish performance standards for the future development of pet safety accessories.

Dogs Trust, the UK’s largest dog welfare charity, also warns dog owners of the dangers of leaving their pets in parked cars, even for a few minutes.
Research undertaken by the charity shows that despite being a nation of dog lovers, more than one in four UK dog owners admitted to leaving their dogs unattended in cars. Almost half of us (48%) believe it is okay to leave a dog in a car if counter-measures are taken, such as parking under a tree or leaving a window open.
However research has shown that in reality partially lowering the window has no significant effect on the temperature inside a parked car* and less than 20 minutes in a hot car can prove fatal to a dog should its body temperature exceed 41°C.
As with our US cousins, in the UK Subaru has long been a favoured brand for dog owners. With many of its customers living in more rural locations, the dog is a common companion and the practical and rugged nature of models like the Forester and Outback make ideal cars for pet owners. Subaru UK offers accessories such as bespoke dog guards and boot liners for most models in its vehicle range.